The Yankees bolstered their formidable bullpen on Saturday, signing veteran relief pitcher Zach Britton to a three-year deal worth $39 million. The 31-year-old sinkerballer will return to the Yankees bullpen after a successful stint with the team in the second half of 2018. Britton seems likely to reprise his role as a valuable middle relief option, adding left-handed depth to a bullpen that already features dominant relievers Aroldis Chapman, Dellin Betances, and Chad Green.

Since losing veteran David Robertson to free agency, this offseason has seen the Yankees on the hunt to maintain an exceptional bullpen, and Britton was an obvious target for multiple reasons. For one, with closer Chapman and rookie Stephen Tarpley as the only lefties in the bullpen, the Yankees will gladly welcome another reliable southpaw. Also, Britton has already seen success with the Yankees; after they acquired him at the trade deadline last year, he posted a quality 2.88 ERA in 25 innings.

Britton’s previous two seasons were shortened by injuries – forearm issues in 2017 and a ruptured Achilles tendon in 2018 – but he has maintained his reputation as one of the most dominant relief pitchers in baseball today. From 2014-2016 Britton had three outstanding seasons with the Orioles, pitching to a 1.38 ERA in 209 innings. These numbers include an unforgettable 2016 season, where he posted a microscopic 0.53 ERA. That year, he converted 47 consecutive save opportunities and gave up just 4 earned runs all season.

At $39 million, Britton’s deal is the biggest contract for a relief pitcher so far this offseason, besting Jeurys Familia’s $30 million contract with the Mets. Britton’s three-year contract also includes a team option for a $14 million fourth year, which becomes available to the Yankees after the 2020 season. If the team decides not to exercise this option, Britton can choose to opt out after 2020. All things considered, the deal could be worth as little as $26 million or as much as $53 million, depending on the options that are taken. The deal was first reported on Twitter by Ken Rosenthal of The Athletic, while Fancred’s Jon Heyman and ESPN’s Jeff Passan later reported the contract details, team option, and potential opt-out.

All in all, Yankee fans have a lot to like about this move. Britton complements the Yankees bullpen nicely, slotting into a late-inning setup role alongside Betances. Looking at the bigger picture, this move provides some bullpen stability as far into the future as 2022. An affordable annual salary of $13 million leaves the Yankees’ payroll flexible enough to continue to pursue Manny Machado as well as other relief options like Adam Ottavino. If he can stay healthy, Britton should return to his dominant form and give the Yankees another shot at a World Series title in 2019 and beyond. 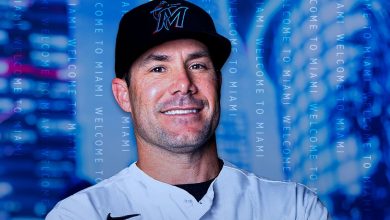