MLB announced its latest class Hall of Fame inductees earlier this week, with Mariano Rivera, Edgar Martinez, Roy Halladay, and Mike Mussina, voted in by the Baseball Writers’ Association of America (BBWAA). Each was well-qualified for the Hall and worthy of being counted among the top 1% of former MLB players. As an Astros fan, however, I was dismayed to find that Lance Berkman and Roy Oswalt each received less than 5% of the BBWAA’s votes, and therefore will be removed from future ballots. Under MLB Hall of Fame voting rules, any player who receives less than 5% of the BBWAA vote in their first year of HOF eligibility is removed from future Hall consideration. Berkman, in particular, seemed worthy of greater than the 1.2% of votes he received (5 out of 425 possible). As Jayson Stark (@jaysonst) has pointed out, the only non-Hall of Fame players with 1,900+ career hits and a higher career OPS+ than Berkman’s (144) are Manny Ramirez and Barry Bonds (each excluded from the Hall of Fame for off-field reasons). As much as I dislike the result for Berkman and Oswalt, I understand the rationale behind the “5% cut-off” rule and respect its importance as a means of keeping the HOF voting exclusive and narrowly focused on MLB’s most distinguished players. For what it’s worth, Billy Wagner is still on the ballot for future years, after receiving 16.7% of the BBWAA vote in his 4th year of eligibility. If Trevor Hoffman has been elected into the HOF, Wagner should also be in. But that’s an argument for another day…

Now that we’ve paid homage to MLB’s past, let’s look to its future. Specifically, the future of the Houston Astros and one of its most promising young stars. No, not Kyle Tucker. Not Forrest Whitley. I want to talk about Yordan Alvarez, the 21-year old Cuban who has crushed pitching at all levels of the Astros minor league system over the last two years.

Alvarez (22 years this June) was recently invited to spring training as a non-roster invitee, along with 21 other Astros prospects. The Astros acquired Alvarez from the Los Angeles Dodgers in July 2016, after Los Angeles signed him for $2 million and immediately traded him to Houston for relief pitcher Josh Fields. At 6′ 5″ and 225 lbs, Alvarez has shown surprising speed, athleticism, and (of course) raw power; but most importantly, he offers positional flexibility (capable of playing both left field and first base) and a left-handed bat to complement a predominantly right-handed Astros lineup.

At age 21, he has easily advanced through the Astros’ single- and double-A systems and has become one of MLB’s most promising offensive prospects. Baseball America ranked him 62nd among all minor league prospects prior to the 2018 season. It seems likely that the Astros consider him the “heir apparent” to either Yuli Gurriel at first base or Michael Brantley in left field after Brantley’s current 2-year contract expires.

Below are the statistical outputs for three different players during their time in the Astros’ minor league system:

Any guesses as to the identities of these mystery players? Biggio? Bagwell? Berkman? Player A is Carlos Correa, Player B is Kyle Tucker, and Player C… Yordan Ruben Alvarez from Las Tunas, Cuba. Sure, Alvarez has produced a smaller sample size of data, but the data indicate that he’s more than capable of producing at the major league level. His ratios and OPS are superior to those of Correa and Tucker, and his strikeout-to-walk ratio (1.83 Ks per walk) shows that he’s no Chris Carter and is capable of being selective at the plate.

As of this writing, there are officially 23 days until position players report for 2019 Astros Spring Training (and roughly 45 days until I arrive to watch). In a crowded Astros outfield, Yordan Alvarez may not open the 2019 regular season on the Astros major league roster, but he’s plenty capable of contributing as a September call-up when the postseason rolls around. 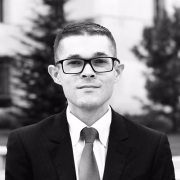