Hall of Fame election season is upon us, so it’s time to endlessly debate who should get in the sacred museum. I, like everyone else, have an opinion about who is worthy, but I think it is more important to discuss the way the writers vote and think about the Hall of Fame process. The members of the Baseball Writers Association of America need to change their attitudes about voting for the Hall of Fame. The excuses for the lack of unanimous selections are archaic, the voters need to be clearer about who is and who is not a Hall of Famer, and making players wait years for induction is wrong. This summer, Derek Jeter and Larry Walker will be enshrined in Cooperstown. Both players deserve it, but they took very different paths to get here. Walker had to be resurrected from ballot obscurity (he was on just 10.2% of ballots in 2014) and wait all ten years, while Jeter fell just one vote short of being the second unanimous selection ever in his first year on the ballot. With these two opposite journeys to the Hall in mind, we can start to dig deeper into the problems with how the BBWAA votes.

First, the fact that it took until last year’s election of Mariano Rivera for a player to be unanimously elected is ridiculous. I can’t begin to argue about why Babe Ruth, Willie Mays, Lou Gehrig, or Ricky Henderson were not unanimous selections because everyone agrees that not voting for those players was wrong. But those writers’ inexplicable decisions to leave these legends off of their ballots gets to the crux of the issue—if a player is definitely a Hall of Famer, the writers should have no problem unanimously voting for that player. Although people may point out that Derek Jeter’s defensive prowess was slightly overrated during his career, everyone still agrees that he deserves to be in the Hall of Fame. The past mistakes of voters should not stop current voters from doing the right thing.

We don’t know which writers left Jeter, Randy Johnson, or Ken Griffey Jr. off of their ballots, but I would be willing to bet that those writers would have eventually voted for Jeter, Johnson, and Griffey if they somehow weren’t elected in their first year on the ballot. To me, this kind of thinking has no place in the Hall of Fame debate. A player’s resumé doesn’t change during the 10 years that they are on the ballot, and therefore their worthiness as a Hall of Famer also doesn’t change. Larry Walker deserved a plaque in Cooperstown in 2011 just as much as he does now. There are often whispers around the community that the voters look at the quickness with which a player is inducted a measure of that player’s ability. In other words, a writer might have left Walker off of his ballot in 2011 but not in 2020 because they saw Walker as a “10th-ballot-type-of-player.” Many people also think that a similar punishment should be applied to steroid users like Barry Bonds and Roger Clemens. The voters should not use the timing of a player’s induction to make a valuation of that player’s career—let the museum’s visitors determine who they think is the best. Again, if a voter thinks a player is worthy of the Hall of Fame, that player should be on the ballot every year. Voters do have a limit of ten voters each year, so it is possible that a Hall of Fame worthy player is left off of a ballot because there are ten better players on the ballot that year. This may happen one day, but it was not the case this year and likely won’t be for a while (in my opinion). Either a player deserves a plaque in Cooperstown, or they do not. The voters’ past of adding and dropping players throughout their ten years of eligibility makes the definition of a Hall of Famer even more unclear than it already is. There is no reason to ever drop a player from a ballot and, barring a huge logjam of Hall of Famers, voters shouldn’t be adding players to their ballots multiple years after they become eligible.

I do understand that not every player is unanimous; people can disagree about the worthiness of players like Gary Sheffield, Jeff Kent, Scott Rolen, and even Walker. The players who are definite Hall of Famers, though, like Jeter, Chipper Jones, Randy Johnson, and Griffey should not see many, if any, empty ballots. Walker’s increase from 10% to 76% is crazy—there shouldn’t be that much change in the voters’ decisions. Not every player is going to be a first-year 100% election, but there needs to be more consistency in how voters think about the process. Being scared of unanimous selections is outdated and adding new players to a ballot five or six years into their eligibility is silly. The Hall of Fame is the pinnacle of recognition for the game’s very best players, and voters should be more straightforward about who is worthy. Stats don’t change during a player’s Hall of Fame eligibility, so his Hall of Fame worthiness shouldn’t change years after he laces up his cleats for the last time. 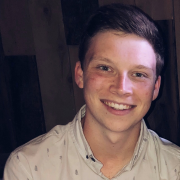