This week, the Milwaukee Brewers extended 23 year old right handed pitcher Freddy Peralta to a 5 year contract extension worth $15.5 million with 2 club options in 2025/2026. The deal went down and didn’t draw much craze from the baseball world, but the move to extend a young arm who has shown flashes of brilliance as a starter and out of the pen deserves some extra attention.

Gif source: Pitcher List
In his short 2 season career, Peralta has shown his ability to strikeout batters at an impressive rate of 11.63 K/9. But that comes with a nasty looking 4.24 BB/9 through just 163.1 innings in his short stint as a Brewer where he has made appearances out of both the rotation and the bullpen. Looking at the strikeout numbers, you would maybe assume he was a fireballer with a fastball in the upper 90’s, thats not the case with Peralta, who typically throws in the 90-94 range and pairs that fastball up with a curveball along with a changeup (which he rarely uses).

Freddy Peralta is predominately a fly ball pitcher. In his career, he sports a 43.7% fly ball ratio with a 24.3% line drive rate along with a 32% ground ball rate, which isn’t terrible for a pitcher who relies on swing and miss offerings. One of the issues that came up in 2019, besides the alarming walk rate, for Freddy was the issue keeping the ball in the yard. In 2018 his HR/9 sat at a respectable 0.92, but would see that number jump all the way up to 1.59, which would have ranked him in the bottom 10 tying for the 6th worst HR/9 rating if he had qualified. Those homers would skyrocket his ERA up from 4.25 from 2018 to 5.29, but would have a 4.18 FIP and a 4.15 xFIP to go along with it. That 2018 4.25 ERA also might not open up your eyes much but when it has his 3.72 FIP and 4.33 xFIP to go along with it, you can see the potential bit easier. One amazing stat he has kept for the past 2 seasons is his xBA (expected batting average) which in 2018 ranked in the top 7% of the league at .196 and would go up to .232 in ’19, which is higher but is a number you would take from any pitcher in your rotation.

Picking apart his 2019 season struggles compared to 2018, there were some things that popped out that may have had something to do with his struggles, bad BABIP luck being one of them. His .237 in 2018 had some drooling over what he could become, but luck didn’t go his way in 2019, with his BABIP ballooning up to .338 (99 points higher than 18’).
Peralta, although he strikes a ton of guys out, doesn’t necessarily limit hard contact. In 2019 his hard hit % ranked in the 30th percentile along with his average exit velo ranking in the 31st percentile (according to baseball savant).
This contract in the long run could end up being a steal for the Brewers. When all is said and done, the Brewers essentially have nothing to lose with this contract. You pay a young talented arm with huge potential $3.1 million per season with 2 club options. Best case scenario, you have a pitcher who could wind up being a RHP version of Diamondbacks pitcher Robbie Ray. Worst case scenario, you can transform him into a reliever and use him in spot starts if needed. The main thing that will decide what role he will contribute most in is his consistency of pitching quality innings. Peralta doesn’t have to throw 6-7 innings to be effective; in his debut in 2018 he threw 5.2 innings of shutout ball against the Rockies where he would strikeout 13. But when it goes bad, you’ll be seeing those games where he goes 3 innings and gives up 7. 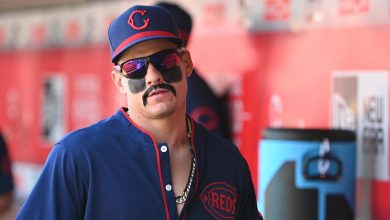