Two contenders have made a trade, with the Chicago Cubs bolstering their offense by adding right handed hitting Jose Martinez from the Tampa Bay Rays:

As Passan notes, Martinez is an added lefty masher for the Cubs lineup, which currently is in the bottom third of MLB in offensive production against left handed pitchers with a wRC+ of 84. While Martinez has not excelled this year, his career numbers against left handed pitching are certainly appealing: in 336 career plate appearances against southpaws, Martinez has a slash line of .319/.392/.554, good for an OPS of .964 and a wRC+ of 153. He’s also an above average hitter against right handed pitching, though not to the same extent (career 110 wRC+).

In a Cubs lineup that has stalled over the course of the last two weeks after suffering losses of former MVP Kris Bryant as well as utility man Steven Souza Jr., Martinez offers a much needed offensive boost. It does not appear as though he will consistently play one position for the Cubs: the Cubs defense has been fairly consistent throughout the season, and two of Martinez’s primary positions, right field and first base, are currently manned by mainstays Anthony Rizzo and Jason Heyward. Martinez has also played left field in his career, so he may enter the defensive rotation there alongside Ian Happ and Kyle Schwarber. Martinez has not excelled defensively anywhere in his Major League career, though, so he may just as likely become the team’s regular DH since they’ve only rotated players through the DH spot until this point.

Regardless, Martinez adds another talented bat for the Cubs to include in the lineup every day, and he has two more years of team control after 2020, so this is more than just a win now move. In addition, the current structure of MLB is such that only players within a team’s 60 man player pool can be traded; any players outside of this pool can only be traded as players to be named later and formally swapped after the conclusion of the season. As a result, the Rays’ return of two players to be named later indicates that they are likely receiving two players who are not currently on the Cubs’ 60 man roster, indicating that none of the team’s best three prospects who have yet to debut – Miguel Amaya, Brennen Davis, and Brailyn Marquez – were involved in the deal. As such, the Cubs were able to make a meaningful addition to their roster without a high prospect expense.

For the Rays, it’s difficult to really evaluate the deal until their return is announced more officially. While offense was thought to be the Rays’ weaker side of their game headed into the 2020 season, the team has posted a 110 wRC+ until this point that has not significantly been boosted by Martinez (currently has a 98 wRC+ in 2020). As Passan notes, Martinez was involved in somewhat of a roster crunch thus far with Randy Arozarena, who hit well in a small sample size last season and may now have more opportunities in Martinez’s absence. On the heels of acquiring another outfielder, Brett Phillips, from the Royals, the Rays were able to deal from an excess of outfielders to acquire a couple of extra prospects, which certainly never hurts (and the Rays are notorious for turning prospects acquired via trades into good Major Leaguers). This trade is a win-now move for the Cubs and an investment in the future for the Rays that hardly detracts from their current roster. 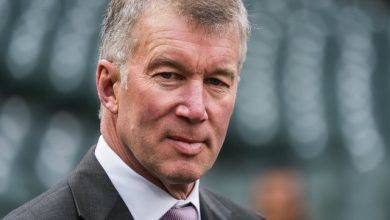 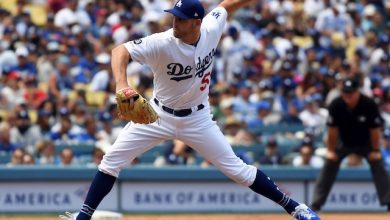