Whenever Major League Baseball introduces a fun unique concept that each team will have, it more often than not feels like a cash grab that results in a lack of creativity from a vast majority of teams that usually drift towards something I end up not buying. That’s not to say that some promotions can be unattractive and awesome at the same time (looking at you Turn Ahead The Clock.) Whether you’re a fan of these wacky promotions or not, they will continue to persist and all we can do is sit back and hope the overlords in New York come up with something we enjoy. And now, we have Nike’s City Connect Jersey.

The City Connect jerseys have had fairly positive reviews so far, with the Red Sox, Marlins, Cubs, White Sox, and most recently Diamondbacks having announced them so far. But, as all fans do, we critique and armchair quarterback things like this. “Surely I can do better! If it were me, I wo-,” we get it. We are all guilty of this, especially me. So you know what? I can do this. The St. Louis Cardinals have some of the most iconic uniforms in the history of sports, and thus, I have a tall order ahead of me. But thanks to the hard work of Izzy Rendell (@izzyrendell), the sketches of an insane man have come to life. So without further ado, let’s get into it.

The Hat: I wanted to go with something that was outside the normal red or navy that the Cardinals have featured for the entirety of their history. A white cap, with a navy bill and fleur-de-lis on the front is inspired by the rich French history that extends longer than the existence of this country. For a little extra flair, I added a red button and red eyelets to really give it a more modern look. On offense, a simple reverse of the base color and logo prevents the helmet from being too busy and keeps everything looking sharp.

The Jersey: I knew that when I started designing these that the Birds on the Bat is a sacred image in the hearts of many. With that knowledge, I wanted to dive into the history of the city so that I honored its treasured past, while at the same time highlighting parts of the 314 that needed more love. This led me to the St. Louis Stars. Playing from 1906-1931, this team won three championships in their brief tenure in the Negro Leagues. Featuring Hall of Famers like Cool Papa Bell and Oscar Charleston, the St. Louis Stars are an often underrepresented, but incredibly important part of this city’s history. Graphically depicted designs and logos are the best way to identify a group. Featuring their logo and font on the front and back of the jersey with an updated color scheme to match the Cardinals, this was the clear choice for a City Connect uniform. Following a similar path as the hat, I took inspiration from the city flag for the jersey piping on the collar and sleeves. The Mississippi River is ingrained into the very fabric of the area and it wouldn’t be right to ignore such a vital part of what made this great city.

The Pants: I went for the standard white, with one stripe down the legs that follows the same pattern that you can see on the jerseys. Not forgetting the fourth color on both the Cardinals uniforms and the city flag, a clean yellow belt gives a little something extra to this.

The Socks: Finally, we arrive at my favorite part. The sock game for the Cardinals is already one of the best in the league, and I felt that minor tweaks would be best. Simply incorporating the river striping on the city flag with a red sock gives the uniform a much-needed color pop while at the same time continuing our theme of a clean and simple uniform.

Do you think I did a perfect job? Of course you don’t. But I’m willing to bet I got pretty close. I’ve done my best Paul Lukas impression today, and I’m sure that when they’re announced, I’ll wish the Cardinals did something closer to what I came up with. But for now, I can look at this picture of Adam Wainwright and Jack Flaherty in my dream uniform and dream of championship number twelve. 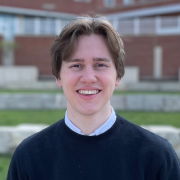 Carson Melinder is a graduate of the University of Iowa who writes about MLB Prospects, Minor League Baseball, and the St. Louis Cardinals. You can find him on Twitter @ashortking