The Cy Young is given out every year to the best pitcher in each league, and there is always lots of debate on if that player should’ve actually won. I’ll settle this for you, and let you know before who is going to win before the season even starts, along with some dark horses to tickle the imagination. Check back tomorrow for my MVP predictions!

I was very close to picking Scherzer to win his 3rd consecutive NL Cy Young, but had a change of heart at the very last second. It has nothing to do with recent happenings, just a different opinion. He is still a superstar on the mound with 4 pitches that are among the best in the MLB. He is still a competitive freak that intimidates batters while he’s on the mound. He threw 200.2 innings last season with a 2.51 ERA and an NL leading 268 Ks. He will most likely have another Cy Young caliber season, but the NL just has a stacked lineup of pitchers.

There really isn’t any specific reason that Scherzer was not the pick. He is seldomly hurt and seemingly never has a bad outing. I simply think another player will be better than he will this season.

Kershaw is the best pitcher on Earth, there is no debating that. He makes hitters look foolish on a nightly basis, and that doesn’t look like it will change anytime soon. He only threw 175 innings last year and still finished 2nd in the voting, that’s how dominant he really is. Kershaw also will likely have another Cy Young caliber season.

Why he won’t win-

Injuries are the only thing that have kept Kershaw from winning 7 consecutive Cy Youngs. The seasons that he doesn’t win are ones that he is hurt and doesn’t throw a full season (With the exception of the crazy 2015 season with Arrieta and Greinke’s furious pace).

Nola showed flashes of ace potential last season. He threw 168 innings last season with a 3.54 ERA with 184 Ks. In just the month of July alone, he had an incredible 1.32 ERA over 5 starts. After 2 so-so seasons, he really broke out last year into the top of the rotation starter the Phillies expected when they took him 7th overall in the 2014 Amateur Draft. With the Phillies expected to be more competitive this season, Nola will be the anchor of their staff.

Nola will have to endure a full season’s workload this year, after only going for 168 innings last year. He could struggle to sustain his pace over a full 200 innings. If he can, then he could surprise a lot of fans this season.

What? Not Kershaw or Scherzer? When it comes to pure talent and arsenal, Strasburg stands up there with the best of them. All of his pitches can be a good strikeout pitch on any given day. A former number 1 overall pick, he finally lived up to his lofty expectations last year. He threw 175.1 innings with a 2.52 ERA with 204 Ks, and amassing a 6.7 WAR. He finally looks fully healthy entering this spring. If he hits 200 innings, I truly think he will have a better season than Scherzer or Kershaw.

Similar to Kershaw, injuries are the scourge of Strasburg’s career. He has only gone over 200 innings once in his career, because he seemingly ends up on the DL every single season. If he can stay fully healthy, he will become one of the truly elite pitchers in baseball this season, if he hadn’t already proved it.

Severino has electric stuff, and he finally put it to good use last season. In 193.1 innings pitched, he had a 2.98 ERA with 230 strikeouts, en route to a 3rd place AL Cy Young finish. If he can eclipse 200 innings, the Yankees have good success, and he pitches to what he’s capable of, than he should be at the top of this list.

He has yet to throw a full 200 innings in a season, so if he starts to slide during the middle to end of the season, it could really hurt his chances.

Chris Sale is always near the top of the Cy Young voting because he is ridiculously consistent. He has stuff that rivals any other pitcher in the MLB and he plays on a winning team. Last season, he threw 214.1 innings with a 2.90 ERA, a WHIP under 1, and a league leading 308 Ks. He has all the makings for his first Cy Young win, except….

He has 6 consecutive top 6 Cy Young finishes with no wins for a reason. Sale always seems to have a second half slide. In August, he pitched to a 4.38 ERA over 37 innings, which isn’t bad by any means, but is not Cy Young caliber performance. He needs to keep his early season pace all year if he wants to get this first piece of hardware.

Berrios struggled in his rookie season, but became a formidable 1–2 punch last season with veteran Ervin Santana. In 145.1 innings, he had 3.89 ERA and 139 Ks. Those numbers don’t scream Cy Young, but in the month of May, he pitched to a 2.70 ERA. His stuff is still developing and he could breakout similar to the way Severino did last year. Oh and his curveball looks like it came straight out of a video game:

Is this Jose Berrios Curveball the nastiest pitch of the week? Vote for your favorite! https://t.co/PPnIGC3dyd pic.twitter.com/M38xvRbFHu

He threw his career high in innings last year at 145.1, so he will have to aim for at least 180 if he wants to get serious consideration. He struggled greatly at times, but showed flashes of ace quality potential. Berrios needs to put it all together this season if he wants to win the award at the ripe age of 24 by the end of the season.

Klubot is as robotic as they come, never shows emotion, always focused the next pitch, and the results speak for themselves. Over the last 4 seasons combined, he’s thrown 876.1 innings and has a stunning 2.83 ERA with a WHIP just a tick above 1, and 10.3 K/9. He is consistent as they come and shows no signs of slowing down entering his age 32 season.

Although he did throw 203 innings last season, he still had stint on the DL for a back issue. Injuries seem to be the only knock on Kluber for winning his 3rd career Cy Young award, otherwise he is a pretty solid favorite.

Check out my previous articles in this series here on NG Baseball:

Manager of the Year: https://ngbaseball.com/2018-manager-of-the-year-predictions-90c3f994ad3e 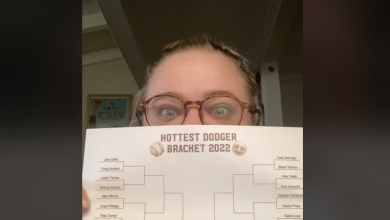