The Atlanta Braves ended their season with a Game 5 loss to the Dodgers in the NLDS, but many would consider this year as successful. Alex Anthopoulos, the new General Manager of the Braves, has successfully created a winning atmosphere in Atlanta, and he hopes to carry on that tradition for years to come. With all of the young talent the Braves have in their system and at the major league level, it doesn’t seem like a World Series ring is out of reach. But, there were some things that kept them from the trophy last year. So what was it?

Let’s start with the pitching staff from last year. The order, 1-5, was Mike Foltynewicz, Julio Teheran, Sean Newcomb, Anibal Sanchez, and Brandon McCarthy. Brandon McCarthy pitched for about half the season, before injuries plagued him. The buildup of injuries throughout his career caused him to announce his retirement at the end of the season. But, there is a brightside, for he ended his career with a 4.20 ERA and 69 wins (nice). Anibal Sanchez was a rock for this rotation this season, showing the young stars that he still has a little left in the tank. Unfortunately, he had to make a few trips to the DL throughout the season for some hamstring issues, but he recovered and led a young Braves team to the playoffs. The other three guys in the rotation have little to no playoff experience, and didn’t make the right pitches at the right time during the playoffs. The lineup had a similar problem. The average age of the lineup was about 26. The only veterans they had in the lineup were Nick Markakis, Freddie Freeman, and Tyler Flowers/Kurt Suzuki. How do the Braves fix this issue? Well, for starters, they’ve already signed Brian McCann and Josh Donaldson this offseason, which fills some holes of need and brings veterans to this young squad’s clubhouse. Next, signing Dallas Keuchel would be a good addition. He may come with a bit of a price tag, but he brings a consistent, experienced arm into this young, wild rotation. Additionally, he has some playoff experience with the Astros, which is very beneficial. Who knows, maybe he even knows how to use a bat! Lastly, if the Braves sign Craig Kimbrel to a 5 year deal, he could help support the young, unreliable bullpen. He also will not be cheap, but the Braves certainly have the money to sign both of these players. Remember, if they are to sign them, it’s not just for their talent. It’s also for the leadership that they would bring to the team. Besides, who wouldn’t want to see old teammates (McCann and Kimbrel) reunite on the team they both started on?

Mike Foltynewicz (Folty) had a breakout year for the Braves, showing he could be at the top of their rotation for a long time. But, within his 6 innings of work in the NLDS against the Dodgers, Folty gave up 5 runs, all earned, along with 5 hits and 7 walks. While starting as the ace on a playoff team was a new experience for him, I’m sure that the Braves and their fans would’ve liked to see a bit better production from him in the playoffs, after the regular season he had. Anyway, this brings me to my point: the Braves need to either sign an ace out of free agency, or they need to trade for one. Patrick Corbin has already been signed by the Nationals, so he’s already off of the table. Nathan Eovaldi resigned with the Red Sox, but that was not much of a surprise to anyone. Like I said before, Dallas Keuchel would be a good option. But, what if he signs somewhere else? What does Anthopoulos do then? He has three options in my eyes. Number one, which is probably the most likely, he will sign another veteran with proven stuff, such as Lance Lynn, Aníbal Sánchez (again), or Gio Gonzalez. Number two, he could make a blockbuster trade for a high end pitcher, such as a Jacob DeGrom type. I don’t see them acquiring DeGrom specifically because he’s in the division, but maybe another starter, such as Madison Bumgarner. Option number three, he could do nothing, and wait for the younger pitchers in the system to come up and shine. Any of these ways will be beneficial for the future, and Alex Anthopoulos has gained the trust of the Braves fans. So, no matter what he does, he will probably be supported by Braves Country.

Deciding Which Prospects to Keep… and Which Ones to Trade

Alex Anthopoulos has big decisions coming up in the next few years. These upcoming decisions are not ones that are unusual; for almost every rebuilding team has to make these tough choices at some point. But the question remains: which prospects does AA keep? First, we can look at the “blocked” prospects. These are the prospects that are “blocked” by Major League players, such as Freddie Freeman or Ozzie Albies. Greyson Jenista is an example of this, because with Acuña, Inciarte, Pache, and Waters all competing for spots in the future outfield, it will be a tight fit. Well, Acuña may not have to compete for a spot as much as the others, but you get the picture. Additionally, pretty much every pitcher in the system is a “blocked” prospect, aside from a few top potential stars. It is a very odd situation, because most of these pitchers are blocked by another pitcher in the system, if that makes sense. Out of the Braves’ top 10 prospects, 7 of them are pitchers, and the top 4 are all RHP. Ever since the Braves started their rebuild, their main focus has been pitching (clearly). I don’t think AA will trade away Soroka, Wright, Anderson, or Toussaint, but Luiz Gohara, Bryse Wilson, and Kolby Allard are all certainly on my chopping block. AA, if he decides to make a trade for a big time player, needs to make sure he makes the right decision on which player(s) he wants to deal away.

Overall, the Braves have a legitimate chance to win the World Series in the next three years, if their young stars can step up in primetime. AA has a very important offseason coming up, and depending on what he does, the fate of the franchise could hang in the balance for years to come. 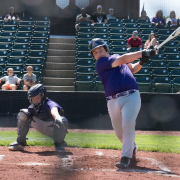 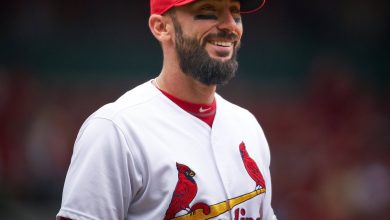 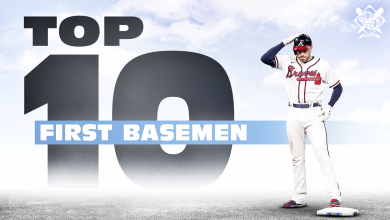