The A’s acquired Treinen from the Washington Nationals on July 16, 2017, in a trade that was clearly a highway robbery by the Athletics. In exchange for relievers Sean Doolittle and Ryan Madson, Oakland received Treinen, minor league third baseman Sheldon Neuse, and top-prospect LHP Jesus Luzardo, who’s expected to debut in the Majors next season. Doolittle has been terrific with the Nationals, but nowhere near the level of Blake Treinen. For Madson, he was traded to the Dodgers last season after posting a 5.28 ERA over 49 games in 2018 with Washington.

After seeing this, we all wonder what the Nationals were thinking when they made this trade. However, at the time, Blake Treinen didn’t seem like much to give up. In 2017, he posted a 5.73 ERA and 1.62 WHIP across 37 games with the Nats. A’s fans weren’t expecting much from the right-hander, but Treinen quickly slid into Oakland’s closer role and replaced a struggling Santiago Casilla, who was designated for assignment by the A’s last season. Overall in 35 games with the A’s in 2017, Treinen pitched to a 2.13 ERA and 1.16 WHIP with 13 saves. Little did we know, this would just be the beginning of his dominance.

Treinen pitched in just seven games over the first month of the 2018 season and collected three saves. At the time however, the A’s were a team hovering around the .500 mark with little save opportunities for their closer. It was a different story in May though, as he pitched in 14 games, allowing just one run over 15.1 innings, tallying ten saves, and as a result was named the American League Reliever of the Month. From there, Treinen posted sub-1.00 ERAs in every remaining month of the season, except for his 1.35 ERA in July. He received Reliever of the Month honors again in September, going 3-0, collecting four saves, and tossing 13.1 scoreless frames. Pure dominance from a guy who had a 5.73 ERA when he was dealt to Oakland.

Treinen wasn’t the only dominant reliever in the AL, as Seattle’s Edwin Diaz also had a terrific season. In just his third year in the Majors, Diaz tallied a league-leading 57 saves, along with a 1.96 ERA, 0.79 WHIP and an unbelievable 15.22 K/9. In his 61 save opportunities, he blew just four of them, while Treinen blew five of his 43. 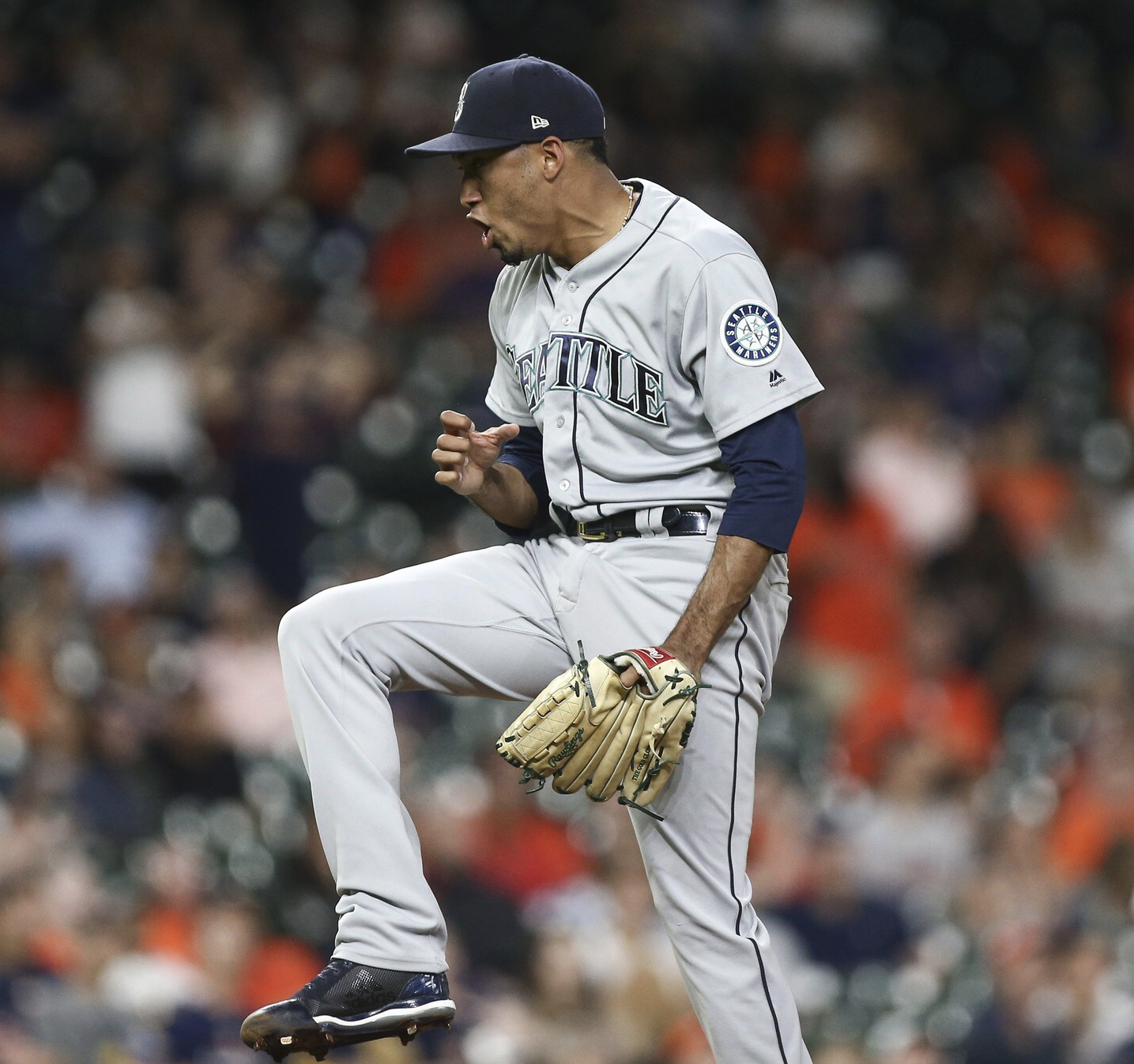 Both relievers had strong cases for the American League Reliever of the Year award, but in the end, Diaz was the winner. While Diaz did have 19 more saves than Treinen, Treinen’s advanced stats show that he was the better pitcher. He led Diaz in ERA+, opponent AVG, HR/9, LOB%, hard contact %, and BB%. However, Diaz led Treinen in some other categories, including K-BB%, FIP, and BB/9.

In my unbiased opinion, Blake Treinen deserved to win. If the award was called “Closer of the Year”, I would understand why Edwin Diaz won the award. However, it is indeed called “Reliever of the Year”, and Treinen was the better reliever.

With all of this information, I now ask you: Is Blake Treinen the best closer in baseball? The title appears to only be between Treinen and Diaz, as they were by far the league’s best closers from last season and will likely stay that way in 2019. Diaz will be pitching in a new park, as he was dealt from the Mariners to the Mets earlier this offseason, and has a new home at Citi Field. For Treinen, he will likely be in a similar situation as last year, on a young Oakland team looking to replicate their 97-win season in 2018.

Austin Paull is a 17-year-old writer from Sonoma County, California. Austin loves baseball and the Oakland A’s, and is also a published author. In June 2017, his first book “Comeback Cody” was released and is currently available in various online stores, including Amazon and Barnes & Noble.

Austin Paull is a 17-year-old writer from Sonoma County, California. Austin loves baseball and the Oakland A’s, and is also a published author. In June 2017, his first book “Comeback Cody” was released and is currently available in various online stores, including Amazon and Barnes & Noble.
Find Us on Social Media
Popular Articles
Facebook Twitter WhatsApp Telegram
Back to top button
Close
Recent Posts
Meta
Meet the Team
Close
Close
Log In
%d bloggers like this: