Although not a flashy move by any means, the Cubs add depth to their bullpen with this addition. Cedeno, 32, has been in the league since 2011 but has only thrown 175.2 innings in his career. Despite a small sample size, the lefty displayed a career year in 2018 between the White Sox and Brewers. Cedeno was acquired by the Brewers on August 31st of 2018 but was held to 8.0 innings pitched. Cedeno has never pitched more than 50 innings in a season; he pitched 33.1 last year.

Cedeno could be a successful buy-low for the North Siders. Over his 8 year career, Cedeno has averaged 8.9 K/9 which is solid, but not spectacular. The reliever saw himself post a 2.83 ERA over the entirety of the previous season along with a 1.260 WHIP. Despite his limited appearances, Cedeno was an above average pitcher last year when looking at ERA+. With 100 being leage average, Cedeno put up a strong 175. Cedeno relies primarily on his cutter and curveball and occasionally tosses a change up. He doesn’t have the stuff to blow the ball past batters, rather, his deception and pitch movement is the key to his success.

After losing Justin Wilson to the Mets, the Cubs were in need of bullpen depth, particularly lefties. Alongside Cedeno, other lefties in the bullpen or with a shot at the bullpen include: Mike Montgomery, Brian Duensing, Randy Rosario, Kyle Ryan, and Justin Steele. Although none of these names are commonplace in the baseball world, Cedeno and company could form a solid crop of lefties in the bullpen. It is important to also note that the bullpen will be without fragile Brandon Morrow for at least a month due to an off-season surgery.

As a whole, the Cubs pitching staff was quite good last year. Their 3.65 ERA over 2018 was third best and helped thrust them to a 95-win season. However, 90+ wins is not the goal for the Cubs right now. Another world series title is right where the Cubs have their aim. Chicago will look to maximize on Cedeno’s success from 2018 to give them dominant innings out of the ‘pen.

If Cedeno can replicate the success he had last year over an increased amount of innings, he could be quite the signing for the Cubs. Earlier this winter the Cubs signed another reliever in Brad Brach. The Cubs will welcome Brach and Cedeno to the bullpen in 2018 in hopes that they will help the team reach a fifth straight post season.

My name is Tyler and I am currently a first-year student at the University of Northern Iowa. I am from Cedar Rapids, Iowa and have grown up a Chicago Cubs fan. Although I love the Cubs, I have a deeper appreciation for the entirety of the MLB. 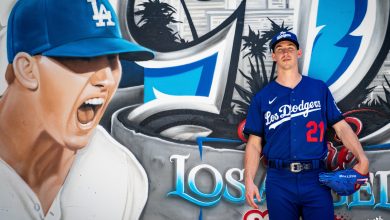 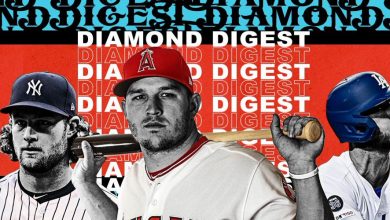 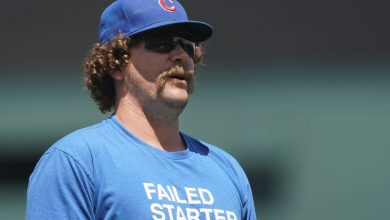 My name is Tyler and I am currently a first-year student at the University of Northern Iowa. I am from Cedar Rapids, Iowa and have grown up a Chicago Cubs fan. Although I love the Cubs, I have a deeper appreciation for the entirety of the MLB.
Find Us on Social Media
Popular Articles
Facebook Twitter WhatsApp Telegram
Back to top button
Close
Recent Posts
Meta
Meet the Team
Close
Close
Log In