The Boston Globe reported today that their beloved Red Sox columnist, Nick Cafardo, has passed away in Fort Myers from an embolism. He collapsed suddenly right outside the Red Sox clubhouse in JetBlue Park.

Anyone that follows the Red Sox ows Cafardo’s work whether it is from watching NESN, listening to WEEI on the radio which he occasionally appeared on, or reading his in-depth and interesting columns in The Boston Globe. Unlike other members of sports media, Cafardo was liked by everyone. Both his coworkers and Red Sox players respected Cafardo as a journalist and as a man.

Former Boston Globe sportswriter Joe Sullivan expressed how Cafardo hated taking days off. “I couldn’t get him to take a day. And he never wanted to let anybody else do that Sunday notes column” said Sullivan. Other former co-workers also said that Cafardo, even on off days, showed up to the ballpark. It is what he wanted to do. It brought him joy, even if he wasn’t writing his columns.

Nick was great at what he did. He is one of the people that I would read online or in the paper and want to be like him. He had a great job and he knew it. He didn’t take it for granted. He enjoyed every minute of it. He died doing what he loved, covering the Red Sox at spring training as he has done so many times before. My heart goes out to his family and friends. He was 62. 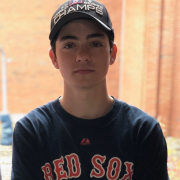