In the Fantasy Baseball world, I don’t think there is any player with more hype surrounding him than Vladimir Guerrero Jr. After posting a .381/.437/.636 slash line with 20 homers, 29 doubles, a 203 wRC+ in AA and a 175 wRC+ in AAA, fantasy owners can not wait to see what he will do in the major leagues this year. In most fantasy baseball leagues, Vlad is being drafted at an ADP of 41, according to NFBC rankings, which equates to the third or fourth round in most leagues. To give a little context, based off of Average Draft Position, players that could be taken instead of Vlad in that position include, but are not limited to, Clayton Kershaw, Walker Buehler, Rhys Hoskins, Noah Syndergaard, Adalberto Mondesi, and Khris Davis.

In my fantasy experience, the 3rd round is where I take my ace, my number 1 starting pitcher. I like to go power/speed in rounds 1 and 2, and then I get a pitcher round 3, with round 4 being up in there air, depending on who is available. Based on ADP, Vlad falls right into my 3rd round pitcher spot selection, so I am always hesitant to take him, unless a Chris Sale, Max Scherzer, or Jacob DeGrom falls into my lap in round 1.

Now my strategies are one of a million different drafting strategies, so I don’t want to focus on that. I would like to first focus on the upside of drafting Vladimir Guerrero Jr. Drafting Vlad this year is drafting what many experts are saying is “peak Miguel Cabrera.” Finding a reason to pass that up is near impossible. That is basically saying that after the beginning of the season “defensive work” (I will not go off on that tangent, but just know that I think it is arguably the worst rule in baseball), Vladimir Guerrero Jr. will be a .315-.325 hitter, with 30 home runs and 100 RBIs from the day he comes up. Vlad’s upside, as most baseball fans know, has never changed, and believing in that upside to start this year is worthy of an early round draft pick.

With his upside being noted, drafting someone like Vlad, a 19 year old phenom comes with risks as well. Not every rookie kills it in his first year in the Majors. Even Mike Trout struggled in his first season with the Angels (in 40 games at age 19 Mike Trout hit .220 with 5 home runs and 4 stolen bases). Not every rookie comes up, adjusts well, and kills it from day 1. The risk is important to note because in single season leagues, taking Vlad in the 3rd round leaves the potential risk of losing the league because he doesn’t produce like everyone thinks he will.

For my fantasy fanatics out there that have already drafted, I hope you thought about the risks before picking Vlad, and if you took him, I hope he performs even better than expected. For those of you who have yet to draft, be wary and smart when it comes to drafting. Be sure that your team can afford the potential lack of production. Taking a player like Vlad comes with risks but as long as you draft smart, take into account the risks, and take into account who is going where in your specific league, I know that your teams will be successful. 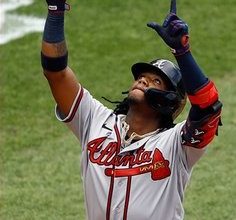 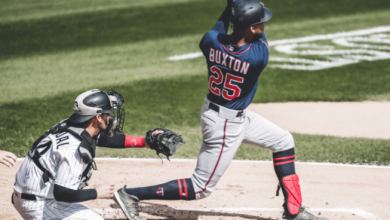 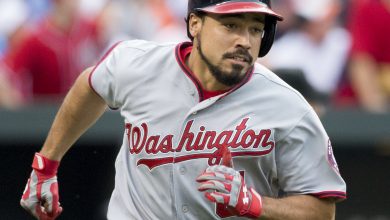 The Best vs The Best, Part 1