In case you missed it, the 2018 Milwaukee Brewers finished one game out of the World Series.  Propelled by an MVP season from Christian Yelich and a stellar bullpen, the Brewers won the National League Central Division and the National League Division Series.  With the start of the 2019 season just days away, fans can expect almost all of the faces they came to recognize in 2018 to return for 2019.  In addition, the Brewers can also expect Jimmy Nelson to return to the starting rotation and a significant upgrade in Yasmani Grandal at catcher.  These additions leave little doubt as to the team’s offensive prowess, however there are still many questions regarding their young pitching staff.

Very little was needed to improve the Brewers lineup, but there are many questions about their starting rotation.  The largest question revolves around starter Jimmy Nelson.  Nelson missed the entire 2018 season while rehabbing from a significant shoulder injury that occurred at the end of the 2017 season.  The Brewers need a healthy Jimmy Nelson to perform at the level he did in 2017. In 2017, Nelson pitched 175.1 innings with 10.21 strikeouts per nine innings and .82 home runs per nine innings. If Nelson can achieve this level of dominance, he will play the role of rotation ace.

Aside from Nelson, the Brewers have a very young rotation made up of Corbin Burnes, Freddy Peralta, Zach Davies, and Jhoulys Chacin. Chacin, the elder statesman of the rotation, was the most reliable pitcher and workhorse of the rotation. Chacin pitched 192.2 innings with an opponent BABIP (Batting Average of Balls In Play) of .250 and striking out 7.29 per nine innings.  Chacin will be relied upon as a foundation block for Corbin Burnes, in his first major league season as a starter, and Freddy Peralta to build upon.

The Brewers entered the 2018-2019 offseason with one of the most dominant bullpens in the league and one of the most valuable, if not the most valuable, relief pitchers in the game, Josh Hader. Hader pitched 81.1 innings with a rate of 15.82 strikeouts per nine innings.  Along with Hader, the Brewers planned to rely heavily on Jeremy Jeffress and Corey Knebel.  This is going to be a difficult task as Jeffress will not be ready for the start of the season and Knebel is on the disabled list dealing with an UCL issue that will most likely sideline him for a large portion of the season.

To balance the load left by the injuries to Jeffress and Knebel, the Brewers added veteran Alex Wilson, who spent four seasons with Detroit and recently opted out of a minor league deal with Cleveland.  There has also been reports that the Brewers are in talks with former Red Sox closer Craig Kimbrel.  While Wilson has been a reliable bullpen arm, Kimbrel would sit alongside Hader as the bullpen ace.

Last offseason, the Brewers added Lorenzo Cain and Christian Yelich over the course of one day.  This offseason, the Brewers did not make as many moves but took advantage of a sluggish free agent market to address a major hole in their lineup, catcher. The Brewers signed Yasmani Grandal, formerly of the Los Angeles Dodgers, to a one-year deal.  In 2018, Grandal finished the season with a wOBA (weighted On-base Average) of .352 and a wRC (weighted Runs Created) of 76 compared to Pina’s wOBA of .301 and wRC of 36.  Grandal finished last season with a .782 OPS compared to a collective OPS from Pina, Erik Kratz and Jett Bandy of .657.  This represents a major upgrade both offensively and defensively at a spot in the Brewers lineup which was a major liability in 2018.

The Brewers brought back Mike Moustakas, who was acquired via a midseason trade with Kansas City, to a one-year deal to play second base.  Moustakas was not a complete game changer the way Cain and Yelich were in 2018, or how Grandal is hoped to be in 2019, but brings significant power to second base. Over the past two seasons Moustakas hit 66 homeruns while playing in 148 games in 2017 and 152 games in 2018.

The lineup will look very similar to 2018, aside from Grandal playing the majority of catcher.  Expect to see:

In almost every other division the 2019 Brewers team would be a safe bet to make and play deep into the playoffs.  The 2019 N.L. Central Division will possibly be the most competitive division in Major League Baseball and the Brewers will need all of their existing and added pieces to fit together perfectly to ensure another playoff run.  A lot of pressure will be on the team’s pitching staff and on manager Craig Counsell to effectively use this staff, ensuring their arms stay healthy into September.  If Counsell can leverage his pitchers as well as he did last season and key members of the lineup (e.g. Yelich and Aguilar) have a similar season in 2019 as they did last year, this will be an exciting team to watch. 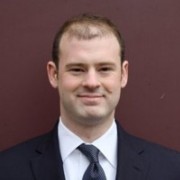