As we enter the final week of May, the Mets season has already been full of ups and downs with the last week being one of the worst of the team’s young season. One of the few steady sources of production for the team thus far has been the bat of the 27 year-old second basemen/left fielder Jeff McNeil. After a stunning debut in 2018 which saw him hit .329 over his first 63 games, the team had good reason to believe he could be their starting second basemen for years to come. While he was originally rumored to be a part of the blockbuster deal in which the Mets acquired Robinson Cano and Edwin Diaz from the Seattle Mariners, after the trade had been settled, McNeil was instead seemingly out of a starting job. In order to keep his bat in the lineup, the team experimented with McNeil in left field throughout Spring Training and were evidently impressed enough with his defense to start him there for 31 games thus far in 2019. While the Mets may have no other place in the field to play McNeil given their moves this offseason, early defensive metrics from Baseball-Reference and FanGraphs seem to indicate McNeil is a competent, if slightly below average, defensive outfielder.

With any concerns about his ability to play the outfield pushed aside, McNeil has continued to shine at the plate. According to FanGraphs, McNeil’s .333/.418/.461 slash-line equates to the 22nd best wRC+ (146) among all qualified hitters in baseball. This mark is lower than only two of his teammates, rookie sensation Pete Alonso (155) and right fielder Michael Conforto (154). McNeil’s approach at the plate however, is anything but the standard approach in 2019. In a league where hitters are altering their swings to generate more fly-balls, and by extension, home runs (never mind accusations of another juiced ball) McNeil has stayed true to himself as a pure contact hitter. Among the top 25 qualified hitters in terms of wRC+, McNeil is the only player with fewer than eight home runs, with a meager two to his name.

We can further examine McNeil’s contact oriented approach via a metric known as isolated power. Isolated Power is calculated by subtracting a player’s batting average from their slugging percentage in order to eliminate the contribution of singles to slugging percentage, in an effort to quantify a hitter’s ability to hit for extra bases. McNeil’s ISO currently sits at .127, a mark that is 47 points below the league average. It should go without saying that it is difficult to be a successful hitter in the big leagues with a low ISO, as evidenced by the fact that McNeil’s ISO is easily the lowest among the top 25 hitters by wRC+, with Michael Brantley’s .235 ISO ranking 24th out of 25. In an attempt to understand how rare it is for a hitter to be successful with such little power, I used Baseball-Reference’s play index to search the last five full seasons for players who had an ISO below .150, a WAR above 5.0 (a mark McNeil is on pace to achieve), and an OPS+ above 125. The OPS+ requirement was to eliminate seasons in which a player achieved most of his value on defense since it is McNeil’s bat that is providing all of his value.

As expected the feat is rare in today’s power-hungry game and has been achieved most often by those who play McNeil’s native position: second base. This is not typical of all well-hitting second baseman in today’s game however, as noted by the list of all seasons of greater than 5.0 WAR and 125 OPS+ from second-basemen over the past five years.

Roughly half of the seasons above showcased significant power from a position which is often assumed to lack it. Thus, even among second-basemen, McNeil’s success at the plate despite a lack of extra-base power is not standard. One of the ways McNeil has been able to have such success at the plate is by avoiding the strikeout, another skill that has been emphasized less over the past few years. As of the 22nd, only 10.6 percent of his plate appearances have ended in a strikeout, the seventh lowest among all qualified major-league hitters. For context, the league-average hitter in 2019 strikes out 23.1 percent of the time. Perhaps surprisingly, McNeil is not avoiding strikeouts by taking pitches outside of the zone, as his outside-of-the-zone swing percentage of 33.3% is 3 points above the league average. Instead, his ability to the avoid the strikeout is a manifestation of a different kind of approach at the plate.

First, McNeil swings at the first pitch of an at-bat 41.3 percent of the time, which has resulted in 9 base hits with an 0-0 count, a number which ranks 40th in the league. The Cubs free-swinging shortstop Javier Baez leads the league in this category with 17 first pitch hits. To the right you will find the location of all 78 pitches McNeil has offered at to begin an at-bat in 2019. Aside from a few pitches low in the zone, McNeil tends to offer at pitches in the strike-zone and while some of the pitches on the edge of the zone may be difficult pitches to turn into hits, making contact on the first pitch is undoubtedly a way to avoid striking out. Another way he avoids the K is by swinging at pitches that catch a lot of the plate as he swings at pitches occupying the middle-middle section of the plate 91.8 percent of the time, whereas all major leaguers swing at roughly three quarters of these pitches on average. On pitches in this location which he put in play, here is his spray chart, labelled by the outcome of the at-bat.

While at first glance there may appear to be a great number of outs listed above, he has a batting average of .400 (8/20) on these pitches and given that he swings at all but ten percent of pitches in this part of the zone, that .400 average could result in a great deal of hits over the course of the season. Finally, McNeil has demonstrated an excellent ability to make contact when he has two strikes against him. Below is a zone chart of his contact rate with two strikes.

I believe there are two things of note here. The first being McNeil’s incredible ability to make contact with pitches in or near the middle/upper half of the strike-zone when facing a potential strikeout. However, the chart also demonstrates his weakness when it comes to making contact with pitches low in the zone or below the zone. As such, opposing pitchers have started to throw the ball down in the zone more often against McNeil resulting in his current slump which has accordingly been due to an increased number of strikeouts. It is important to mention that McNeil was placed on the injured list on the morning of the 23rd which could imply that his slump was influenced, if not directly caused, by the issues with his hamstring.

There are a few other metrics that may suggest McNeil is slightly over-performing his true talent early on in the season. His BABIP (batting average on balls in play for the unititated) sits at a high .371 which is certainly unsustainable but not astronomical. If his talent with the bat with regards to avoiding a strikeout translates to an ability to hit the ball through the infield, a BABIP in the .320 range may not impossible. On top of an inflated BABIP, McNeil’s .383 wOBA sits 29 points above his expected wOBA according to Statcast. With this mind, we should expect some amount of regression from McNeil in the future, but altogether his numbers seem to suggest he will be a well above average hitter for years to come and certainly one of the best contact hitters in a power hitter’s game. One last thing to keep an eye on, throughout the course of his entire big-league career, McNeil has only struck out two or more times in a game four times thus far, a mark that exemplifies his novel approach at the plate. 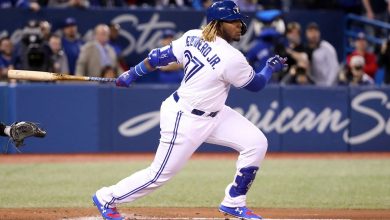 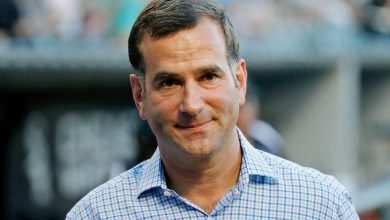 Comparing the White Sox Rebuild to the Cubs and Astros 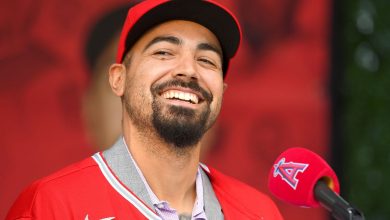 Coming Out of the Rebuild Mindset: Why This Offseason Has Signaled a Change From Years in the Past 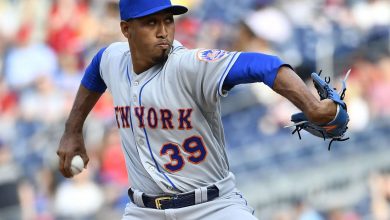 Recent graduate of Temple University with a degree in Mathematics and soon-to-be Ph.D. student at the University of Illinois at Chicago. Most of my time not spent reading/writing/thinking about Mathematics is spent reading/writing/thinking about Baseball. Here on Diamond Digest I write primarily about the Mets and Rays.
Follow Us On Twitter
Tweets by @Diamond_Digest
Like Us On Facebook
Follow Us on Instagram