The National High School Invitational at the USA Baseball Training Complex in Cary, North Carolina has produced a number of first round prospects in the past few years. Most notably, the tournament produced six first rounders in 2018, led by Cole Winn and Jordyn Adams, who went to the Texas Rangers and Los Angeles Angels, respectively. In 2019, among a crop of talent led by position players C.J. Abrams and Riley Greene, Brennan Malone worked his magic and helped solidify his case for being a first rounder in this year’s MLB Draft.

On the first night of the tournament, the right-handed Malone went up against a potent lineup from La Mirada High School. The opposing starter? None other than potential 2020 1-1 candidate Jared Jones. With plenty of major league scouts in attendance, the hype around the match-up was immense. What happened next was nothing short of incredible.

Malone and Jones dueled throughout the evening, putting on a show for the scouts and fans in attendance. It was a classic pitchers’ duel at Coleman Field, the most prominent field in the entire venue. In the second inning, Trevor Mitchell plated Billy Underwood to score the only run of the game. The game ended 1-0, with Malone pitching a complete game shutout.

“It was the best I have seen him all year,” said one scout in attendance, and rightfully so. As for Malone himself, he was very happy with his showing on the mound.

“Overall, I think I did a very good job of commanding last night,” Malone said when I caught up with him the following day. While he did walk 3 batters, he scattered 3 hits on the night and struck out 8 hitters. His fastball velocity reached as high as 97 MPH early, and he even touched 94 MPH into the seventh inning.

A concern among scouts throughout the year had been about the refinement of his breaking pitches. Malone has worked with the UNC coaching staff on refining those pitches. His slider showed the most improvement at NHSI, as the pitch was a great compliment to his fastball, of which he had excellent command of all night.

For Malone, being back home meant a lot. He is originally from Porter Ridge High School in Matthews, NC, where he played before he transferred to IMG Academy in Florida last fall. He is committed to play college baseball at UNC in Chapel Hill, just a few minutes down the road from the tournament.

“It’s amazing, coming back here and seeing all my family and friends, having them come out to the game is really awesome…it’s really good to be back out here.”

As for dealing with the stress of being a prospect for teams, Malone doesn’t change much of his routine. As superstitious as baseball players are, Malone shaves his face before every game. When it comes to performing in front of scouts, the attention doesn’t waver him. “I think the same mentality comes out, just have fun, pitch my game, and dominate, that’s what I want to do, ” he said. “I don’t think all the scouts being there changes anything.”

Of course, he’s dealt with those same scouts for years. It comes to no surprise that any athlete can deal with that kind of pressure with a mentality like that. Malone has pitched at Perfect Game showcases in the past. However, there is a big difference between NHSI and the showcases.

“I’d say the only thing that’s different, especially being a pitcher, is pitching a full game in front of scouts, instead of just one inning, kind of showcase type stuff. I really enjoy the full game experience and not just the showcasing your raw power talents.”

To that quote, Malone is not wrong. It shows more about the ability of the pitcher to go deeper into games and maintain velocity and command, rather than the one inning, full power routine that most showcase events run under.

Malone would like to be the next big player to come out of the Tar Heel state. Heavy hitting names such as Madison Bumgarner, Corey Seager, and Chris Archer have hailed from North Carolina, and Malone likens himself to Archer when asked about a player comparison. “I’m athletic on the mound and on and off the field, I feel like I have the good energy just like him,” Malone said, noting that Archer is one of his favorite players currently.

With draft day now upon us, Malone has made the trip to Studio 42 in Seacaucus, New Jersey, where he will be waiting to hear his name called, along with three other hopefuls in Jackson Rutledge, Brett Baty, and Daniel Espino. There is a good likelihood that Malone will be selected in the first round, mainly towards the middle or late stages of the round. He has proven to scouts that he is worthy of being an early selection in this draft class, and as he gets ready to embark on another journey, the baseball world wishes him the best of luck. 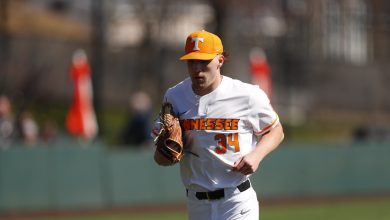 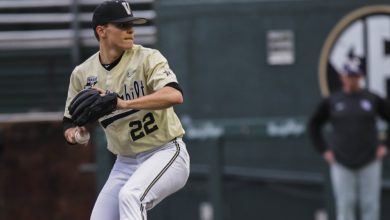 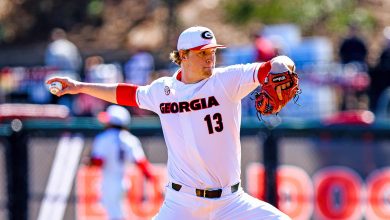 Hi, I'm Tyler, one of the many writers here at Diamond Digest. A Red Sox fan at heart, I live in Raleigh, NC and currently work full-time, although I plan on a return to college in 2019. I have previously been featured on MLB Daily Dish, Hardball Scoop, and Baseball Essential. I am pursuing a career in Sports Journalism, as well as an internship at Baseball America. Outside of that, I ran Cross Country in High School and College and live with a stutter. I plan to bring unbiased baseball coverage to DD, with a primary focus on the MLB Draft, as well as general MLB news.
Find Us on Social Media
Popular Articles
Facebook Twitter WhatsApp Telegram
Back to top button
Close
Recent Posts
Meta
Meet the Team
Close
Close
Log In