As the trade deadline is essentially here, it’s not too far off to assume that Kirby Yates, the MLB’s best reliever this season and closer for a sub .500 team, will wear a new uniform to begin the month of August. His value cannot be any higher than it is right now; his impact would be immediate. He is no rental either, as he is not eligible for free agency until after the 2020 season. A fair argument could be made that the Padres may hold on to him as well in hopes of him continuing his success into next season. This may even be a good move for the Padres, as changes in his pitch mix indicate that his success is no fluke.

The well-respected 32-year-old was an MLB journeyman before settling in with the Padres. I would be hard pressed to believe many people had heard of Yates before this year, let alone know that his older brother played for the Mets, Braves and Pirates. Few Yankees fans even remember his 41 games in a Yankees uniform in 2016, and his 1 appearance in an Angel uniform is as forgettable as any.

Now in his 3rd season with the Padres, he has gone from average to good to elite in San Diego. The Padres seem to have been on to something as his repertoire has changed significantly since joining the Friars. Take a look at his pitch percentages over the last few seasons:

The fastball is the only pitch from 2016 that has been used on a consistent basis. In 2017, he officially abandoned the changeup and curveball in favor of a split finger and sinker. The sinker was awful and only lasted the year, but the split finger was very promising. Now in 2019, Yates is a two-pitch pitcher. 4-seam fastballs and split fingers have made up all but five percent of his pitches this year. But why is he increasing the split finger pitch’s usage while cutting out other secondary pitches?

The answer is quite simple: launch angle. Since implementing the split finger in 2017, the opposing batter’s average launch angle has decreased from 21.3 to 13.0 to 10.6 degrees while the exit velocity has remained relatively constant around 86 to 87 mph. The overall decrease in launch angle can directly be traced back to the increased usage of the split finger. The average batter’s launch angle on Yates’ split finger this year is -3 degrees: ground balls. The goal of hitters is increasingly to drive the ball into the air, and inducing contact on the ground is highly counter-intuitive. Unless you are Billy Hamilton, nearly every batter in today’s game is trying to drive the ball in the air in order to create offense. The splitter is a direct effort to prevent batters from doing what they want, and it’s succeeding in that.

Now also consider the volatility of relief pitchers’ stats and the fact that a higher percentage of a team’s runs are scored via a home run. Facing so few batters, one home run can have a major impact on relievers’ stats. Every pitch carries much more weight for a reliever than a starter. Trading home runs for hard hit singles has helped Yates’s run prevention and other statistics greatly. Yates has only given up ONE home run this year, and that was on a fastball. He surrendered six home runs in 2018 and ten in 2017. Yates turned himself into not just a ground ball pitcher, but a master at keeping the ball in the yard.

Don’t forget he also has the ability to strike batters out. A career 12.5 SO9 ratio is evidence of having strikeout stuff his entire career. A change to a more controllable split finger and reduction in number of pitch types has allowed Yates to develop his command more. Focusing on just the fastball and more reliable split finger means he is not diverting some of his efforts and attention towards less effective pitches. The byproduct is less walks and less pitches in the middle of the plate, and less homeruns, especially with multiple men on base. Yates’s 93.4 MPH fastball does not have the liberty to be thrown right down the middle as often as a 100 MPH fastball; command is essential.

This combination of a high strikeout to walk ratio and high ground ball percentage make Yates an extremely effective relief pitcher whether he has the velocity or not. The expected batting average may not be drastically different, but the decrease in expected slugging percentage to levels not much higher than expected batting average shows that he has kept runners to one or two bases when manage any at all.

Yates has taken his opportunity with the Padres to reinvent himself and build confidence for two full seasons before finally reaching a level that has gained league wide notice. Not all relief pitchers need to light up the radar gun. But Yates has shown the ability throw a pitch that simply just beats hitters. Unless you are Mariano Rivera, hitters are too good to not find a way to beat you. While hitters may catch up eventually, Yates is a highly attractive pitcher now and moving forward. Now it remains to be seen how the Padres will handle that value. 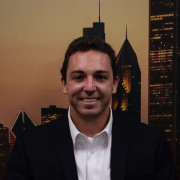