There is something so incredibly tonally dissonant about playoff baseball. In every perceptible way that October baseball can be viewed, it just has a different feeling. It isn’t necessarily difficult to find out where that difference comes from most times. The more obvious discrepancies are things like the stadiums themselves, packed to the rafters with thousands of jubilant fans at first pitch, all prepared to react to the next great moment of the inevitable and continuing lore of the Major League Baseball mythos. The less obvious sometimes doesn’t make itself empirically visible until halfway through the Championship Series, despite it being the driving force of the game itself since its very inception. And yet every year that the playoffs have existed there has been one undeniable constant. When the World Series starts, one team’s jersey will not be on the field. One team’s fans won’t be in the stands. One team will not get establishing shots of their nighttime skyline flashed across television screens for millions of people to see. One team just won’t be there.

The Washington Nationals have officially made it to the World Series for the first time in franchise history. The history of the moment can never be overshadowed, as the story of how the Nationals got from being a displaced team to potential World Champions in less than two decades is no small accomplishment. All the congratulations to the players, coaches, and fans are deserved, and the best of luck to them in that series.

I do not root for the Nationals actively in my day-to-day. I do not wear my Nationals hat when I walk down the block to get a drink and a bowl of noodles. I do not go to work and talk to guests and coworkers about Anthony Rendon being an MVP candidate, or which of their aces should win the Cy Young.

When I take a ride down Yesler towards the ferry, or up I-5 into the U-District, I wear my Mariners hat. When I unlock the door to my apartment, I do it with the key my roommate got me with the Mariners compass rose logo on it. When I talk to people at work about baseball, I talk about how much I wish Tom Murphy was my uncle, and what players I think might get traded in the offseason, and milk. Now, I get the sneaking suspicion that the next time I’m talking to someone about the Mariners, the conversation will logically lead into the question, “how are you handling the Mariners being the only team to have never made a World Series?”

Now, another writer at this site, who shall go unnamed (Payton), if you want to know who it is, he’s a Yankees writer (his name is Payton), and I’m not naming him because because I don’t want any Mariners fans who read this to tweet at him or anything (@RealPMElli14), decided to remind me of this fact about midway through the first inning while the Nats were still doing all their scoring. The reminder didn’t feel entirely necessary at the time. The thought had certainly crossed my mind quite well in advance of today, this NLCS, and even this season. I can acutely remember a time when the Texas Rangers were also on the list of teams that had not been graced with the privilege and honor of a World Series appearance. I remember little 15 year old me seeing an image posted on Facebook of the Rangers, Nationals, and Mariners logos, with the somber phrase attached to it, and then a couple days later, mentally waving as I erased the Rangers from that list, leaving only the two.

It didn’t hurt that much. We still had company after all. Sad company, sure, but company all the same. At the time it is wasn’t wholly unrealistic to think the Mariners might find their way to a Championship appearance sooner than the Nationals. The Nats’ 69-93 record compared to the M’s 61-101 that year didn’t cause terribly much concern about the prospect of the Nationals making the turn around any faster than the Mariners. Sure the Mariners lost over 100 but 2011 was going to be different after all! Prospects like Dustin Ackley, and the recently drafted Taijuan Walker meant things were well on their way back to being a party like 1995 again. But I was an infant in 1995, and my idea of a party then was getting to ride in the grocery cart at QFC.

But when the Nationals beat the Dodgers to advance to the NLCS, that pathetically small list of two teams went from barroom trivia, to a quandary; am I ready to see my team’s logo alone on the list?

Well, when unnamed Diamond Digest Yankees writer (still Payton) posited this information to me as though it were a hi-def image proving Bigfoot’s existence, I was quick to point out that this was not new information to me, or indeed anyone, but I still wasn’t quite sure what it was going to feel like when it became the seemingly inevitable reality.

On one hand, the Nationals are arguably the most likable team remaining in the playoffs, at least as a fan with no vested rooting interest, and not the least of that perceived likability came from the potential of their first World Series appearance. Getting to see players like Juan Soto, Anthony Rendon, and Max Scherzer, teamed with character actor Sean Doolittle, burning their way through opposing teams has been an undeniably tasty treat the last couple weeks. Add in the undeniable relief of seeing a new team come out to contend the with the recent playoff mainstays of Los Angeles, New York, or Houston, and you have the recipe of a team worth rooting for. At least that’s what I look for when the playoffs start. Every year I find myself picking one or two “outside” teams I hope find their way to meeting each other in a World Series one might see on a television in the background while re-watching Serendipity for the 429th time. This year was no exception, with Rays-Nationals being the ideal World Series for my personal viewing pleasure. Clearly this means I wanted the Nationals in. Well, yes and no. While I was mentally selecting my World Series, the list I’ve made reference to a couple times got off the elevator in my building, walked up to my door, knocked politely, and when I made to let him in, he showed me his gun.

The complications that arise from acknowledging the pain that will likely be caused by something that I actively root for were deeply concerning to the therapist that I need. But when the final out was made, and the crowd of jumping and hugging Nationals players started to disperse into media availability and champagne showers, I didn’t feel any pain. Ultimately I didn’t feel much for a while. I finished the dishes, put on some Netflix, and quietly pondered what being a Mariners fan felt like in that moment. I came to three conclusions.

The first thing is that there is no denying that every fan of every other team has something that I don’t. Of 30 fanbases, I just happen to be a fan of the one team that isn’t allowed to join the least exclusive club ever. It’s weird to think that millions of people can be alone, but here we are Mariners fans. All of us right now, we are alone. But we are alone together.

Secondly, if the Nationals didn’t advance to this World Series, it wouldn’t have made the Mariners any better. Insofar, the only thing the Nationals making the World Series did was seemingly make it acceptable for national baseball analysts and writers to taunt Mariners fans on Twitter. Again. Historically the Mariners never had the longevity to make it to the World Series. In ’95, they ran out of gas, and in 2001 they seemingly used all the wins that the baseball gods allowed to them in the regular season. The Nationals moving on doesn’t change any of that. It doesn’t bring Jarred Kelenic or JULIOOOOOO or Logan Gilbert up to the big club any sooner. So just be happy for Nationals fans. They’ve had a difficult journey to get where they are too, and you should be happy for their success.

Thirdly, it shouldn’t matter anymore what the national media thinks about the Mariners. If any Mariners fans still care what Jon Heyman has to say about the team, then you need a therapist more than I do. If this season has been any indication, a good amount of national media coverage doesn’t seem to acknowledge that the Mariners have any intention of contending anytime soon, which flatly is not true. If you or a loved one have been tricked into believing that the Mariners don’t have a plan, or do not fully know what that plan is. and you would like to know, go check out @MiLBMariners on Twitter. There you will find the names, faces, and stats of Mariners future, that are hungrily devouring their way up the minor league food chain, with the express purpose of taking Seattle baseball to the promised land.

So the Mariners are alone on the list now. Big deal! They are also alone on the list of American League teams with 116 wins. The Nationals left us behind because they are a damn good baseball team and made it to where they deserved to go. But, if you are at home, laughing at the Mariners for 40+ years of not-quite-good-enough-when-it-mattered, to down-right awful, and just about everything in between, remember us as we are now, because when the Mariners are coming for your favorite team in a few years, I’ll be the one laughing. 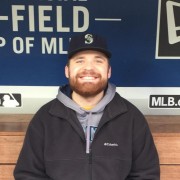 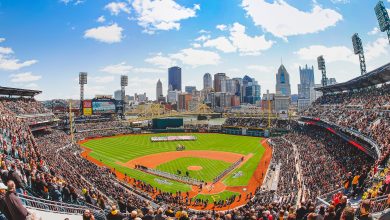