The Boston Red Sox let their title defense slip away early into the 2019 season.

Whether it was relying heavily on the return of Dustin Pedroia, the health of Chris Sale and Nathan Eovaldi, or a bullpen sans a proven, shut-down closer, everything that could possibly go wrong went wrong for the Red Sox. Couple all of that with a payroll that remains north of the allotted $208 million and rookie Chief Baseball Officer Chaim Bloom is going to have his hands full reconstructing the roster.

But it can be done if they follow a few simple actions this winter.

As it sits, the Red Sox are slightly north of $10.7 million above the Collective Bargaining Tax after estimated arbitration salaries. Jackie Bradley Jr. is slated to make $11 million in his final season of arbitration and is going to be 30 years old next April.

Quite simply, the best days of Jackie Bradley seem to be in the rearview. While many will hold out hope that he can become a productive bat in the lineup, it just doesn’t appear feasible as he approaches Year 8 of his MLB career.

Chalk it up as a bad season defensively, but there is evidence of a decline that dates back to before he won his first Gold Glove in 2018. At this stage in his career, the Red Sox would be better off finding a cheaper option who can patrol center field at Fenway.

Much like Atlanta did with Ronald Acuña Jr. last winter, the Boston Red Sox should look to lock up Rafael Devers for the long-haul. While the 23-year-old baby-faced third baseman hasn’t even reached his arbitration years yet, it might be best for a tax-strapped team like the Red Sox to avoid going to any hearings with their emerging phenom.

Especially since he’s still a ways away from his prime years.

Acuña signed an eight-year, $100 million contract last winter, and that might be right up Boston’s alley when it comes to what they should offer to Devers.

This is what everyone in the baseball world will be paying attention to this offseason. Mookie Betts is coming off of a season of regression after tormenting the MLB in an MVP-winning 2018 campaign. That being said, the 27-year-old is coming off of a season where he slugged north of .500 for the third time, as well as putting up a 135 wRC+ en route to his third season of at least 6.5 wins above replacement (according to FanGraphs – fWAR).

Betts is already one of the best outfielders in the history of the Red Sox, especially right fielders. Trading him at a time when his expected return is at a low just wouldn’t be wise to the team, especially considering their decision could completely swing the Red Sox from World Series contenders to full-blown rebuild-mode.

4. Add depth to the bullpen.

The Red Sox bullpen outperformed the level their fans will give them credit for, especially since it took until late July for Alex Cora to label Brandon Workman as his team’s closer. That being said, they still do need to improve in the relief department.

The Red Sox have rising stars in their bullpen in Darwinzon Hernandez and Josh Taylor, who will only continue to grow with innings. Trying to overhaul the whole bullpen will do nothing but impede their development.

Rounding out this wishlist is bringing back a guy who had his fair share of struggles during the 2019 season. Among qualifiers, Porcello ranked last in ERA and 54th out of 61 in FIP.

To put it mildly, he had a forgettable 2019 campaign.

That being said, the Red Sox are at a crossroads financially, and nobody that could prove as a viable replacement for the 30-year-old right-hander will be cheaper than him. A one-year “prove it” contract could be beneficial for both parties.

After all, Porcello is an 11-year veteran. He doesn’t just lose the ability to throw the baseball overnight. He is more than capable of bouncing back, and he showed flashes of his old self throughout the 2019 season. 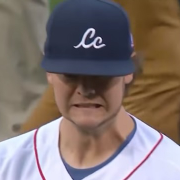