The Baltimore Orioles have traded second-baseman Jonathan Villar to the Miami Marlins for minor league left-handed pitcher Easton Lucas, Dan Connolly reports. The Orioles previously waived Villar November 27th after not being able to find a trade partner for the 28 year-old infielder.

Villar came to the Orioles along with minor leaguers Luis Ortiz and Jean Carmona in the trade for All-Star Jonathan Schoop at the 2018 trading deadline. In a breakout 2019 season where he played all 162 games, Villar led the team in hits with 176 while posting a 109 OPS+ and a 107 wRC+. Villar also totalled 40 steals, good for third best in the MLB.

This is likely a money saving move for the Orioles as Villar, heading into his last year of arbitration, was due to earn upwards of $10 million in 2020. While Villar had one of the best seasons of any Oriole in 2019, it is unreasonable for a rebuilding team to pay a 29 year-old who was not in the team’s long-term plans over $10 million while having no intentions of competing this upcoming season.

In other Orioles news, the team announced they have tendered 2020 contracts to Trey Mancini, Hanser Alberto, Mychal Givens, Miguel Castro, and Dylan Bundy, who has had trade rumors swirling around him as of late. The 40-man roster now sits at 38. 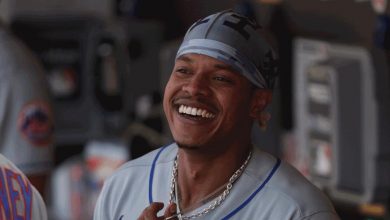