It is no secret the Angels bolstered their lineup this offseason with the addition of reigning World Series champion Anthony Rendon. The signing of Rendon was essential for the Angels and their desperate need of production from a third basemen. Chone Figgins was the last Halo to play over 150 games at the position in a season, tallying 158 games in 2009. No Angels third baseman has hit over 25 homers in a season since 2002 World Series MVP Troy Glaus slugged out 30 bombs. With Rendon coming off a career year, including 34 homers and an MLB leading 126 RBI’s the Angels lineup becomes dramatically better.

The big question arrives, what happens for the Angels at second this year? David Fletcher tallied 173 hits last year only one less than Rendon’s 174. Tommy La Stella is coming off a career year that was shortened due to a fractured right tibia. Nonetheless, the 2019 All-Star slugged out 16 homers in 80 games. Prior to last season La Stella had 10 bombs in 396 games. Another Halo who had a productive year, was Luis Rengifo. Rengifo posted a strong rookie campaign stepping in for both Simmons and La Stella. Being an above average defender was Rengifo’s strongpoint. His 1.6 WAR ranked 4th among rookies who played over 80 games at second last season. Other infielders such as Matt Thaiss and Jared Walsh also have question marks around their names. Thaiss posted strong numbers at Angel Stadium last year, including a .273 average and 8 homers in 28 games. The 2016 first-rounder transitioned to third last season but can still play first base. On the other hand, Walsh struggled at the major league level posting a .203 average. Despite a lack of production in the majors, Walsh did put up strong numbers in the hitter friendly Salt Lake City, posting 36 homers along with a .325 average in Triple-A. Walsh also took the bump for the Halos 5 times last season, only allowing one run. Both Walsh and Thaiss have the best chance of playing at first base, but for now, the aging Albert Pujols has that covered.

Pujols is due 29 million next season. With a -0.4 WAR it is tough to say if he’s even remotely near worth that money, however putting a guy on the bench who makes nearly 30 million a year is tough to do. The ideal move that newly hired manager Joe Maddon could do, is transition La Stella to first base. With only a total of only four career games at first base it may not be the most likely scenario, however it would serve more production on both offense and defense. The transition to first for La Stella also would give both Pujols and Ohtani rest. On days where Ohtani pitches, Pujols could replace him at the DH spot. It is tough to have La Stella on the bench especially coming off an All-Star campaign, however Maddon has kept La Stella on the bench despite solid production during his tenure in Chicago.

Another possibility for the Angels, would be to trade a mid-infielder in a package deal for a pitcher. It simply does not make sense to keep La Stella, Fletcher, Simmons, and Rengifo. It is likely that not all four will make the opening day roster, especially because the Halos are likely to go with a 6-man rotation this season. All four players offer solid defensive metrics and a fair production on the offensive side. The Angels infield is simply overcrowded and it will be interesting to see how general manager Billy Eppler responds. 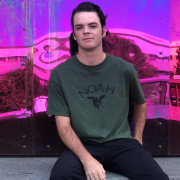