Week four in the KBO featured, in general, a shake up towards the bottom of the league and a solidification near the top. Most notably, though, both the Dinos and Wyverns, who appeared to be unshakeable as the league’s best and worst team, respectively, were challenged for those roles in week four more than in any week prior. This week, rankings were voted on by five writers for a maximum points total of 50. Here’s how the league’s ten teams stack up after a month of play:

The Dinos started off the week with a sweep of the Heroes to move their season record to 17-3, officially the best 20 game start in the 39 seasons of the KBO’s history. While they appeared indestructible at this point (as they have for the entire season), they followed this series with their first pair of consecutive losses of the season to lose their first series of the season to the Lions, though the team avoided the sweep with an emphatic 18-7 win on Sunday. The Dinos are likely unshaken by the series loss; it was bound to come eventually. With only a two game lead on the surging Twins, though, they’ll have to keep things up in week five, though they have a date with each of the league’s worst teams after a month, the Wyverns and Eagles, to do so.

The Twins are once again looking very strong after another week of play, coming away from week four with the best record of the week and sitting just two games behind the Dinos. After floundering a bit to open the season, the Twins now appear unchallenged as the second best team in the KBO, as they have a two-game lead on the third-place Bears, and their +35 run differential makes the Twins the only team other than the Dinos with a run differential above +15. With these two teams appearing to be the KBO’s best at this point, it’s a shame that their only meeting to this point was a rain-shortened two game series; it’s more of a shame that the two teams don’t meet again until July 10. For now, the Twins have the Lions and the Heroes to face in week five.

The Heroes are emerging as an ever-more confounding team, with just a .500 winning percentage through four weeks despite the league’s third best run differential. They really appear to be amidst a pack of teams fighting for third place behind the Dinos and Twins, and they do get some benefit of the doubt for facing the Dinos early in the week even if they failed to win a game out of the series. Like the Wiz throughout this season up to this point, run differential will only carry the Heroes so far, and if they fail to get back in the win column more frequently, they’re poised to slide down the rankings in the weeks to come. It’s certainly concerning that the team doesn’t stand out from the league on offense or pitching. They’ll match up against the Eagles and Twins in the week to come.

The Bears have nearly the opposite narrative of the Twins up to this point: they have maintained one of the league’s most dynamic offenses, but their team ERA remains the highest in the league after another week of play, meaning that while they sport a winning record, they also have a negative run differential, not a good sign of things to come. There’s certainly hope that the pitching staff will regress towards average as the season progresses, but it’s also very likely that the same will happen to the offense, as it’s difficult to expect a team batting average of .300 for the course of an entire season. The Bears will be doing alright if they can keep winning regardless, but that’s a big if considering how they’ve found their success up to this point. They’ll match up against the Wiz and Tigers in week five.

We’ve seen two versions of the Tigers so far: the surging week three Tigers, who won five games out of six in a week and proved that they are more than just the weeks one, two, and four Tigers, who have done nothing particularly special to separate themselves from the rest of the field. At this point, the Tigers sit right in the middle of the pack in team offensive and pitching stats. Only time will tell which version of the Tigers is true, but even by largely maintaining their current season pace, the Tigers will be right on the cusp of playoff contention. They’ll match up with the Giants followed by the Wiz in week five.

The Wiz had a very mediocre fourth week, still trending towards the losing column more than the winning despite maintaining a positive run differential. At this point, they’re interestingly very similar to the Bears: their offenses have been strong, with both teams hitting .300 or better, and their pitching has been atrocious, with the Wiz sporting a team ERA of 5.58 and the Bears 5.59. There’s a convincing argument to be made that the Wiz have suffered solely at the hands of bad luck while the Bears have been far more fortunate, but, as mentioned in weeks prior, a poor bullpen has plagued this team. They appear to be on a downward trend, but have plenty of season left to prove that their true talent is the team with a positive run differential, and not the team with a losing record. Their week five schedule consists of their pythagorean doppelgangers (the Bears) followed by the Giants.

The Lions had their best week yet, coming out with a winning record on the week after winning series against both the Giants and Dinos. They even dipped into the realm of positive run differentials before an 11 run loss to the Dinos on Sunday brought them back down into the negatives. Still, the Lions looked far more formidable in week four than they have. On the season, neither of their pitching or offense has stood out, but momentum is certainly important, and being the first team to win a series against the Dinos is nothing to scoff at. The Lions have the Twins and Wyverns on the schedule in the week to come.

The Giants’ narrative is largely unchanged from a week ago: after a strong five game winning streak to start, they have just a .333 winning percentage, which is hardly salvaged by the fact that that would still be better than the Wyverns and the Eagles on the season. Dan Straily has continued pitching well, but most of the rest of the team has been far worse for wear. Dixon Machado, a team hero early in the season, has continued to struggle mightily since week one, now hitting 25 percent below league average on the season including that hot start. The Giants will hope for a jump start back into their early form against the Tigers and Wiz in week five.

The Wyverns aren’t in last place! You likely weren’t expecting to read those words for quite a while; I know for sure that I wasn’t expecting to write them anytime soon. The Wyverns took a game from the Bears to close out their series, then made it a four game winning streak with a sweep of the Eagles. The team still has a long way to go before they’re anywhere near contending, but week four was a welcome relief from what has been a difficult season up to this point for the Wyverns and their fans. They’ll try to carry their momentum into a tough series against the Dinos before closing out week five against the Lions

Following an abysmal week of six consecutive losses, all by two runs or more, the Eagles have taken over both the KBO’s worst record and run differential. The offense has continued to be particularly bad, scoring barely three runs per game in week four, and it finally came back to bite the Eagles when their pitching was unable to hold things together as well as they have to this point. It was unfortunate for the Eagles that their losses came at the hands of the Wyverns, who have struggled mightily against every other team in the league, but the Eagles lack any sense of momentum at this point. They have a tough slate ahead of them in week five to attempt to turn things around, facing the Heroes and then the Dinos.

Series to Watch in Week Five

Bears @ Wiz: As mentioned above, it’s arguable that these teams are nearly identical in most respects except luck. With this in mind, this should be a fairly evenly matched, and definitely high-scoring, series.

Twins @ Heroes: These two teams have reverse narrative arcs, with the Twins starting slowly and surging as of late and the Heroes starting strong and struggling to hold on to that start as the season progresses. The Twins will look to make a statement here and prove that they’re as strong as the Dinos, who swept the Heroes to open this past week.

Tigers @ Bears: A series between two teams that have been difficult to pin down thus far, there’s no telling what will happen in this series, but both the Tigers and the Bears will be seeking some important wins to remain in the thick of contention in the middle of the pack. 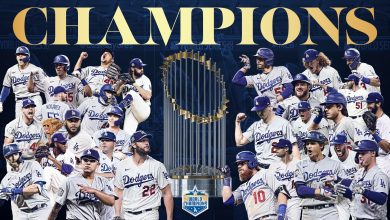 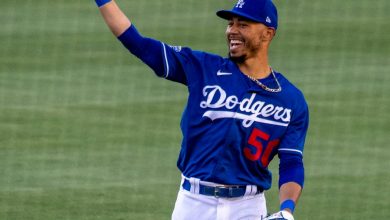 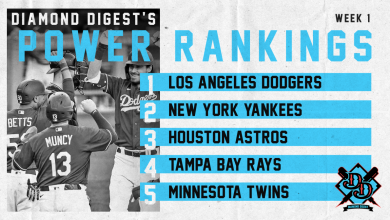 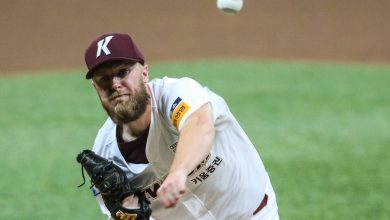