PECOTA, which stands for Player Empirical Comparison and Optimization Test Algorithm, releases its projections on what every team’s record will be before every season starts. Obviously, given the nature of the shortened season, PECOTA projections for the 2020 season did not come out until recently. PECOTA has projected the Angels to finish with a record of 31-29 and a 36.7% chance of reaching the playoffs. This number gives them with the 7th best odds of reaching the postseason in the American League, behind the Yankees, Astros, Twins, Indians, Rays, and A’s.

Any 60 game sample is going to be subject to extreme variation. Take Giancarlo Stanton, for instance. In his best 60 game stretch during his incredible summer of 2017, Stanton blasted 33 home runs from June 29th to September 4th. Not counting 2017 as a whole, those 33 home runs would represent Stanton’s fifth highest single season home run total over his 10 years in the league, coming in a sample of a little over a third of a full season’s worth of games. Basically, anybody is capable of getting hot during this stretch, and anybody is capable of being ice cold.

The Angels have a pitching staff that is subject to questioning, particularly given the lack of household names and their inability to stay healthy during the last few seasons. A rotation consistent of Shohei Ohtani, Andrew Heaney, Griffin Canning, Dylan Bundy, Patrick Sandoval, and Julio Teheran certainly is not the most fearsome in the league, but I don’t expect it to roll over and die like much of the league expects it to. Ohtani will certainly be a big question mark coming off Tommy John surgery, and his first summer camp appearance was far from encouraging as he seemed unable to locate the strike zone. However, if you can remember back to his first spring appearances of 2018, his pitching performances were far from major league caliber, and he seemed to do okay once the season came around. Having a 60 game season will be perfect for managing the load on Ohtani’s arm, and he should be able to go full throttle for the duration of the year.

Andrew Heaney has been enigmatic during his tenure as an Angel. The one consistent thing about him has seemed to be his constantly troubled left arm, but he has shown flashes of the ace the Angels traded for in 2015. In 2018, he had a stretch of 13 starts across 60 team games in which he struck out nearly a batter per inning and pitched to a 3.16 ERA. Of course, he has also shown samples of not being what the Angels traded for, and if anybody was prone to go on an extreme hot or cold streak this year, it would be Heaney.

Griffin Canning, Dylan Bundy, and Patrick Sandoval all had lackluster showings in 2019, but all of them showed the potential to perform better than their surface level stats. Griffin Canning was 87th percentile in the league last year in Whiff% while also posting excellent numbers in other metrics such as Hard Hit%, xBA, xWOBA, and exit velocity allowed. Bundy has been really bad the past two seasons, but also ranked 86th percentile in hard hit% last year. His overused sinker is a pitch that gets hit hard consistently, and a change to his slider as well as the improved defense behind him could mean big things for his performance. Bundy will be moving from a team that had -95 Defensive Runs Saved (DRS) as a team in 2019 to a team that had 9 DRS. In addition to being worth over 100 runs more than the Orioles, the Angels are also dropping two of their worst performers in terms of DRS, Jonathan Lucroy and Kevan Smith, who finished their Angels stints with -12 and -6, respectively. Andrelton Simmons also figures to be fully healthy this year, and although his mark of 12 is still great, it is by far the lowest total he has put up in a season where he has played 100 games. Sandoval I truly don’t have a lot of data to support why I believe he will succeed. He thrived at the minor league level in both the Houston and Los Angeles farm systems, and has a good fastball from the left side with a wipeout changeup. This is more me hoping that Mickey Callaway can work his magic with a young talent like he did in Cleveland so many times, which I hope applies to every member of the Angels rotation.

starting pitching out of the way, the fun begins again. The Angels have a high octane offense heading into 2020, one that improved drastically since 2019. With the obvious addition of Anthony Rendon being the big key, the Angels also figure to see playing time from mega prospect Jo Adell this year, who could provide a huge spark to a lineup to a lineup that is already in the top 7 of the league without him. Along with Rendon, Mike Trout and Shohei Ohtani figure to make up the rest of the heart of the order. Another Diamond Digest member, Kristian, took a look at the improvements the Angels lineup has made from this year to last year.

A projected improvement of 19 wins from the 2019 opening day lineup is drastic, and theoretically turns the 72 win Angels into the 91 win Angels. As I’ve mentioned, this shortened season will be all about getting hot at the right time, and this lineup has the firepower to do so. A shortened season will typically favor high powered offenses, which plays well for Los Angeles since they have, I believe, a borderline top 5 offense in baseball (although MLB.com seems to think they’re #10). One important thing of note for this lineup is that it projects Brian Goodwin as the starter for the full season, which he very well could be. However, if Jo Adell sets fire to the majors like he has on every stop of his minor league career, whew. A potential lineup (under my construction) would look like:

Can you imagine the worst hitter in your lineup having a career 90 wRC+? Even Simmons, who last year had a horrendous mark of 81, was coming off of two straight 100+ seasons and figures to be in a much better place in terms of health. Of course, Simmons isn’t known for his bat, and instead will be the centerpiece of an absolutely elite Angels defense this year; one that has the potential to be in the top 5 of the league.

After a hot start to the season, the Angels bullpen sputtered to the finish line, finishing 2019 with the 20th best bullpen ERA in the majors. Once again, the injuries and inefficiencies of the starting staff led to a massive overuse of their key bullpen arms, and only Hansel Robles and Cam Bedrosian were able to turn in ERAs below 3.5 for the season. Returning to the pen will be nearly everybody. Robles and Bedrosian will be joined by Ty Buttrey, Keynan Middleton, Justin Anderson, and Noe Ramirez. Buttrey pitched well in his first full season of action, but was prone to blow ups in the middle of the season pitching more than two days in a row. Middleton pitched will in his brief stint following his return from Tommy John surgery. Anderson had a disastrous 2019 following a very promising 2018, and Noe Ramirez was the exact opposite of Anderson. There are plenty of options to fill out the rest of the rotation, such as new additions Matt Andriese and Ryan Buchter, in house options like Luke Bard and Felix Pena, or wavier claims from the Mets such as Jacob Rhame. None of the names should jump off the board at you, but as a good friend once put it, “you absolutely cannot deny that Matt Andriese is a baseball player”, and that’s good enough for me.

It’s going to take one hot or cold stretch to make or break a team this year. Since I had already made the bold prediction of the Angels making the playoffs in a full season, I’ll double down on the short season odds and peg the Angels to win a wild card spot this year. They have the potential to win literally anywhere from 25-35 games this year, but even a 33 game winner might just be enough to get them by. This is, of course, the Angels, so your expectations should be tempered. But this is the most talented roster the Angels have put together in years, and you should be excited about what they can do. 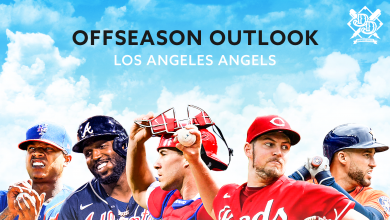 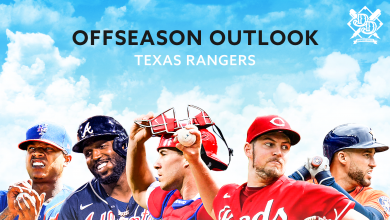 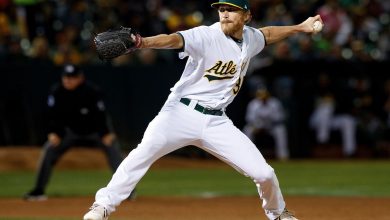 Wild Horses in the Stable: The A’s New Pitching Philosophy