Longtime Red Sox reliever Brandon Workman has enjoyed a respectable pitching career during his off-and-on tenure with the Sox. He appeared in the 2013 World Series, then spent the next three years bouncing between the majors and AAA Pawtucket before undergoing Tommy John surgery in the summer of 2016. Workman eventually secured his spot on the roster in 2017 and has stayed ever since. The reliever achieved average seasons in 2017 and 2018, where he was a part-time bullpen fixture. But since 2019, his numbers have flipped and he has become one of the most dominant relievers in the game.

Batters have trouble with the curve

There were lots of combined factors that led to this change, but perhaps the most important is the increased usage of his fatal curveball. In 2018, Workman threw his curveball only 36% of the time, compared to a mark that reached 47% in 2019. His curveball usage has hovered around the 50% mark during his only 5.0 IP in 2020. With Workman changing his dominant pitch from a four-seam fastball to his curve, he’s been able to rack up strikeouts like he never could before. With his curve last season, Workman achieved a strikeout rate of 36.2%, a 10% increase from 2018.

Along with an increased strikeout rate on his curveball in 2019, Workman also experienced a drop in contact against the pitch. In the 585 curveballs Workman deployed in 2019, opponents were only able to produce 76 batted ball events (BBE). This accounts for ~13% of the curveballs Workman threw.

Not only did he have a low contact rate, but Workman also showcased an elite Hard Hit rate while using his curveball. His overall Hard Hit rate in 2019 was only 30.4%, a mark that ranked in the top 4% of the majors. With a contact rate so low and a strikeout rate so high, Workman’s increased usage of his curveball in the past few years has baffled batters and led him on the path to becoming a dominant late-inning reliever.

His curveball has been one of the most effective in baseball in the past two years. By pairing this with his 90-96 MPH four-seamer, Workman has made an elite combo that allows him to shower all parts of the strike zone.

During 2017 and 2018, Workman showed a grim barrel rate on the majority of his pitches. This all changed in 2019, when his overall Barrel rate plunged to 0.7%, compared to a league-average of 6.3%. Most of this can be attributed to the improvement of his four-seam fastball. In 2018, Workman’s four-seamer had a Hard Hit rate of 37.8% and a Barrel rate of 13.3%. These marks dramatically decreased to 31.3% and 0%, respectively, last season. Workman’s 2019 overall Hard Hit rate (top 10% of the league) and Barrel rate (top 1% of the league) dramatically increased his effectiveness as a late-innings reliever/closer. An improvement this large on a specific pitch coupled with his improved curveball efficiency allowed Workman to change speed on hitters in an instant and baffle most opponents.

Along with a decreased Barrel rate came an increased GB rate for Workman last season. This change seemed common last year amongst other Red Sox pitchers as well. His GB% spiked to 52.6, which was 7% higher than in 2018. This may be due to Workman’s impressive spin rate on his curveball which, in 2019, ranked in the 67th percentile of the majors.

In 2019, Workman was also able to increase his K%, boosting it by over 14% to achieve his final mark of 36.4%, which was good for the top 3% of all pitchers in the majors. Overall, his increased strikeout rate may have been the reason he performed so well in 2019 and could be a big reason why he will be so largely sought after by teams at the trade deadline. But Workman’s game still possesses a large flaw that prevents him from achieving complete success.

Not just a walk in the park

While Workman had an elite strikeout rate in 2019, he struggled greatly with giving up walks. In 71.2 IP, Workman gave up only 29 hits but walked 45 batters. Even though his curveball baffled most opponents, Workman’s cutter seemed to be his downfall as he had trouble controlling it. With the increased cutter usage last season, Workman’s walk rate ballooned to 15.7%, which ranked in the bottom 1% of the majors. The key to his success in coming years will be regaining his control and decreasing his walk rate.

Even with an inflated walk rate that worsened his results, Workman still had a phenomenal showing in 2019, and hopes for sustained success in 2020. He had four marks in individual statistics that ranked in the top 1% in the majors (Barrel rate, BA, xSLG, and wOBA), three within the top 4% (xwOBA, xwOBACON, K%), and one within the top 10% (Hard Hit rate). Workman also boasted the sixth-highest WAR by a reliever in 2019 (2.1).

All in all, Workman was a force to be reckoned with, and the case can be made that he was a top-10 reliever in baseball last year. If he can uphold his low contact rates and K% in the future while also decreasing his walk rate, he could be a permanent fixture in the back-end of the bullpen, and a dominant one at that.

Due to Workman’s successes in 2019, lots of teams will be asking about him at the trade deadline. With the Red Sox getting off to a slow start, and some playoff contenders like the Astros and Phillies lacking bullpen pieces and established closers, Workman could be one of the most desired players on the market. He has considerably overperformed his xFIP and xWOBA in the past two seasons and has shown that he can be a dominant late-innings reliever. This is an enticing package for many teams, especially considering Workman’s free-agent status following the 2020 season. 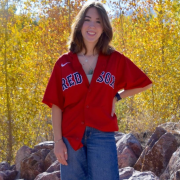 Avery Hamel is a writing contributor for Girl at the Game and Diamond Digest. She can be found at @avcoleham on Twitter and Instagram (linked below). 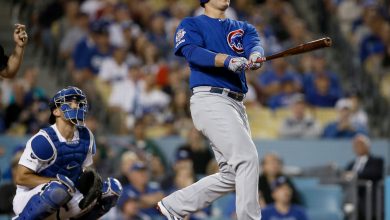 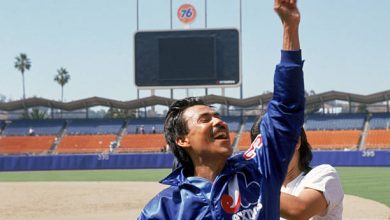 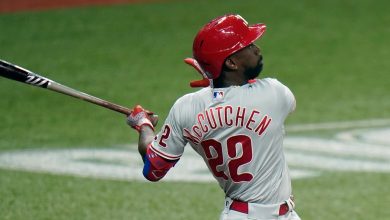 Avery Hamel is a writing contributor for Girl at the Game and Diamond Digest. She can be found at @avcoleham on Twitter and Instagram (linked below).
Find Us on Social Media
Popular Articles
Facebook Twitter WhatsApp Telegram
Back to top button
Close
Recent Posts
Meta
Meet the Team
Close
Close
Log In