Coming off a pedestrian season as a starter in a woeful rotation, expectations for Lopez were low. In 2019, Lopez suffered a 5.09 ERA and a 4.28 FIP. Add in a HR/9 rate of 1.21, and it’s pretty clear that opposing batters hit Lopez hard last year. Sporting a FIP significantly lower than his ERA, the average fan would have expected marginal improvement this year. However, no one could have predicted the drastic evolution that took place.

Take a blind look at his stats so far in 2020 and you would think you’re looking at an entirely different pitcher. Lopez currently boasts a 2.10 ERA, good enough for eighth-best in the league. He has gone at least five innings in each of his starts and has yet to allow more than two runs in any given start. Had the All-Star Game been played this season, Lopez would have been the Marlins’ representative without a doubt.

You may be thinking, “He plays for the Marlins, this must be sheer luck.” With a league average BABIP of .314, this breakout is not a fluke. Lopez has punched out hitters at a higher clip (8.39 K/9) and drastically lowered his home run rate (0.26 HR/9). Let’s take a look at a few factors that have catapulted Lopez to the top of the rotation.

The recent success for Lopez can likely be attributed to an improved pitch mix. In his first two years, Lopez’s go-to pitch was his 4-seam fastball. Last season, Lopez threw the 4-seamer on 42.4% of his pitches. This heavy use resulted in a barrel percentage of 7.4, just about league average. So far, Lopez has thrown his fastball just 27.8% of the time, the lowest of his career. As a result, his barrel percentage has plummeted to 4.9.

In place of pure heat, Lopez has employed his excellent off-speed pitches. He has thrown his sinker almost 8% more this year, but the real money pitch is his changeup. With a whiff rate of 38.6%, the changeup is easily the best pitch in Lopez’s arsenal.

In addition to his pitch mix, Lopez has also made some changes in pitch location. Last year, he attacked the right side of the plate most often. This year, he has thrown significantly more pitches to the left side of the plate (low and away to a right-handed batter). Greater whiff rates can likely be partially attributed to the increased variety in location demonstrated by the charts below.

Lopez has been much improved in every way this season, but especially so with two strikes. In 2019, he struggled to finish off batters, with no pitch topping 20% in putaway percentage. Meaning that with a two-strike count, the chance that any given pitch produces a strikeout would be less than 20%. This year, his curveball, changeup, and fastball sit at 50.0%, 29.8%, and 26.5%, respectively. Lopez has not only improved his pitch mix, but he has also greatly improved his efficiency in retiring batters.

As a Marlins fan, hot stretches like this are always met with a dose of skepticism. But the success of newly minted ace, Pablo Lopez, is not simply due to poor competition or BABIP luck. Lopez has found a winning formula for his arsenal. As the Marlins push to remain in playoff contention down the stretch, Lopez is peaking at an opportune time. And at just 24 years old, Lopez could be a key contributor in the coming years if his progress this season proves sustainable. 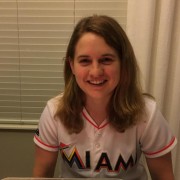