You wouldn’t know it after the Miami Marlins lost to the Atlanta Braves by three touchdowns this past Wednesday, but the Fish are firmly entrenched in a playoff race. How did this happen? How did a team that lost 105 games last season and whose expected arrival date was supposed to be 2021, at the earliest, manage to be a game over .500 through two-thirds of the 2020 season?

There have obviously been more factors that have contributed to the Miami Marlins’ surprise contention, but these four are some of the major ones.

We’re getting to the serious stuff now, though. The team’s remaining schedule will be unforgiving: arms will be stretched, legs will get heavy, and Don Mattingly will have to effectively shuffle lineups in order to give the team a chance to win every game. Guys like Brian Anderson, Sandy Alcántara, Jesús Aguilar, Starling Marté, and Sixto Sánchez will have to continue to be productive, but that is a given.

The real difference between key wins and losses down the stretch will be this handful of X-Factors.

Stanek was part of the package the Miami Marlins received from the Tampa Bay Rays in the middle of last season, in exchange for Nick Anderson and Trevor Richards. He had a 138 ERA+ in 2018 and a 110 ERA+ in 2019 at the time he was sent to Miami, but has lost his mojo since being traded (5.92 ERA, 73 ERA+).

As I said, the pen is about to be thinned out by playing 22 games over the next 18 days. The Marlins will desperately need Stanek to regain his form as a reliable reliever that can pitch more than one inning if need be.

Marlins hitting prospects have been bad over the past few years. Historically bad. Lewis Brinson, Isan Díaz, Monte Harrison, Jesús Sánchez, Lewin Díaz. All were supposed to become regulars. All have looked completely outmatched by big league pitching. Will Jazz Chisholm follow suit? He must break this ugly trend if the Marlins want to survive the brutal homestretch of their 2020 season.

Jazz has not done that through his first seven games (56 OPS+), though he did hit his first home run and triple in that 29-9 shellacking by the Braves. He will likely be receiving regular playing time at shortstop or second base. The team simply can’t afford for Jazz Chisholm to be a liability.

Lewis Brinson? Looking…good? Why yes, yes he has been. Against all odds, Brinson has hit .333/.351/.556 over his last 17 games. Monte Harrison is probably a lost cause this year, save for certain pinch running or defensive replacement situations. That leaves Lewis Brinson with an opportunity to fill in across every outfield position.

He’s played good defense, swiped a few bases, and those offensive numbers are climbing. This is a man who has been written off by pretty much everyone, including me. But the talent was always there. Perhaps now, at 26 and in his fourth Major League season, Lewis Brinson has figured things out. The Marlins will surely be relying on this rejuvenated version of Brin Diesel.

Jorge Alfaro hits the ball extremely hard, is the fastest catcher in the league, and has a rifle for an arm. The problem is these tools never seem to amount to anything more than league-average production, largely due to horrible plate discipline and poor pitch-framing. The Marlins could still use some of that, though, as Alfaro has struggled mightily through 17 games (-0.3 bWAR, 61 OPS+).

Francisco Cervelli was having a tremendous 2020 before he suffered yet another concussion, which might end his season. Chad Wallach is not going to get it done; Alfaro has to be the guy. He’s had two hits in each of his last three games, and accomplished a near-impossible feat by drawing two walks in the game before that (one was intentional). Perhaps he is coming around. A league-average starting catcher would be a welcome change for the Marlins, and Alfaro is capable of that and more.

Inning-eaters will be at a premium for the Marlins for the rest of the season. Before an ineffective, injury-riddled 2019, Ureña averaged 12 wins, 172 innings, a 3.9 ERA, and a 100 ERA+ across 2017 and 2018. Ace material? Far from it. Ureña has done enough to earn Don Mattingly’s trust when things get dicey, though, which will allow him to rest the stalwarts of his bullpen: Brad Boxberger, Brandon Kintzler, Yimi García, James Hoyt, and Nick Vincent.

José Ureña doesn’t have to be lights-out, he just needs to give the Marlins five or six innings and keep them in ballgames. You might not like him for one reason or another, but he has certainly proven that he can be that type of pitcher.

I keep expecting the bottom to fall out for the 2020 Marlins, yet it just hasn’t happened. The Marlins would be a playoff team if the season ended today. Will you be able to say the same at the end of September? My gut says…no. Sorry.

This prediction will likely be wrong if these five guys pull their weight, however. 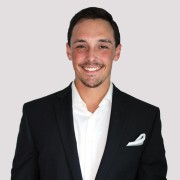