White Sox first baseman Jose Abreu was voted the 2020 American League Most Valuable Player for 2020. He received 21 1st place votes from the BBWAA.

This comes after the offseason where Pito resigned with the White Sox for 3 years and $50 million. Everyone outside of the South Side thought he was overpaid as his statistics had been declining the past 2 seasons. Did he ever prove them wrong!

Here is where Abreu ranked in some important statistics in the American League:

MVPito is a leader on and off the field as he sets the example for his fellow teammates. Many of the younger Latin players look up to him as an inspiration and for someone to help ease them into the majors.

He had many highlights this season including being part of the quartet that hit 4 consecutive homeruns, hitting homeruns himself in 4 consecutive ABs vs. the Cubs, and hitting 6 homeruns in a 3 game series at Wrigley Field.

Here was the final voting tally in the AL for MVP. Congratulations to Jose Abreu, as well as Jose Ramirez and D.J. LeMahieu for awesome seasons! 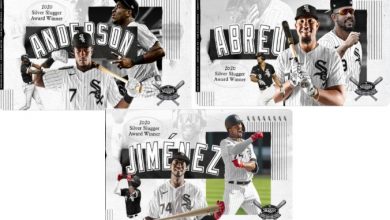