The stove is hot once again, with the Steve Cohen-led New York Mets and the Cleveland Baseball Team agreeing on a deal that sends Francisco Lindor and Carlos Carrasco to the Mets, and Amed Rosario, Andres Giménez, Josh Wolf, and Isaiah Greene to Cleveland.

This deal is not only the first major acquisition of the Steve Cohen-led Mets, but this also shows a lot about the dynamic of these two baseball clubs going into the 2021 season.

For what the Cleveland Baseball Team is currently doing with their franchise, this return is about as good as a team can get for a player with 1 year of control.

The main piece headed to Cleveland is Andres Giménez. The 22-year-old shortstop is under team control until 2026, and will not hit arbitration until 2023. He has the potential to be a top 10-12 shortstop in the league and should have no limitations or hills to climb when it comes to playing time this year in Cleveland.

Amed Rosario is the most intriguing person in this deal for me. After watching the Mets a lot, Rosario is a decent shortstop with 4 years of team control. After coming off a great 2019, Rosario seemed to be taking that step to the next level in his game, but 2020 had other plans. He slashed .252/.272/.371, and was just not great on defense. Inconsistency has held Rosario back and I hope in Cleveland he continues to perform like his 2019 self: 15 homers, close to 20 steals and a low strikeout percentage.

If I had to bet on it, I think Cleveland moves Giménez to 2B and plays both Rosario and Giménez all season.

Josh Wolf was selected in the 2nd round of the 2019 amateur draft. He only threw 8 innings in 5 games for Kingsport, but Wolf showed good stuff and potential. As far as Cleveland is concerned, he is a project (20 years old, little professional experience), but Cleveland has a history of developing pitchers well, making Josh Wolf a worthwhile get for the team.

Isaiah Greene is a little different. After being taken in the 2nd Compensatory round of the 2020 amateur draft, Greene has not seen a professional pitch as of yet. He has the tools to be a decent Major league player, but he is only 19, and seems to be 4-5 years away, barring any unforeseen success in the minors.

The lack of a Minor League season in 2020 makes the prospect valuation of this trade a little difficult, but there is a lot of potential and Cleveland is putting trust in their scouts and minor league coaches to get these guys to develop into serviceable Major Leaguers at the minimum.

Mets Side of the Deal

Looking from the Mets’ perspective, they receive 33 year old starting pitcher Carlos Carrasco, coming off an amazing 2020 season in which he posted a 2.91 ERA in 68 innings, striking out 29.3% of hitters while only walking 9.3%. Carrasco’s 2019 season was unfortunately impacted by leukemia but, in 2020, after an amazing recovery, Carrasco was able to return to his SP2/borderline SP1 ways, and will provide the New York Mets with much needed pitching help.

The guy. The Best Shortstop in Baseball. The headline of this trade. Francisco Lindor. Coming off a down year in 2020, posting a slash line of .258/.335/.415 with 8 homers and 6 steals, many around the game of baseball forget how dominant Francisco Lindor is. In 2019 he hit 32 homers, stole 22 bases, and had a Defensive Runs Saved of 11. Also, having only missed more than 4 games in a season twice (once in his rookie season 2015, and once in 2019, where he missed 19 games), Lindor is a workhorse who will be able to man the position of shortstop 99% of the year without question.

The Mets’ front office had been quiet relative to the pace at which fans expected them to improve the team after its purchase by Steve Cohen. This trade changes that, solidifying a position of inconsistency in recent years and adding another quality arm for the rotation. I anticipate a long term extension for Lindor in the near future, but there’s one thing I can say now with absolute certainty: Francisco Lindor is the shortstop that a team like the Mets needs to make a push for the World Series. 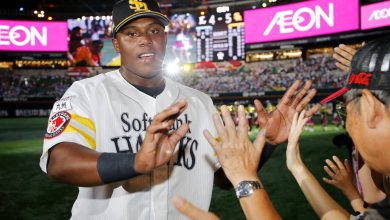 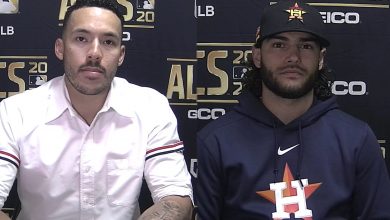