For each of these three categories, I will try to highlight 5-7 players, as well as give an in-depth explanation as to why I believe they fit that category. Although fantasy baseball uses more traditional stats, these reasons will often be rooted in advanced metrics as these are better indicators for future success (or lack thereof). For a brief explanation of these metrics, FanGraphs is a great resource. Furthermore, all ADP will be based on the Fantrax ADP.

Joe Musgrove made my sleeper list last season, a call that somewhat paid off. His first three starts weren’t great, as he gave up 11 runs in 14.2 innings. However, over his final five starts (Musgrove only made eight starts on the year), he was one of the best pitchers in baseball, giving up only 6 runs in the five starts. The final two outings for Musgrove were especially impressive, as he went 13 shutout innings with 21 strikeouts. Musgrove is a player that has ace-like potential and continues to improve.

Part of the reason I had Musgrove as part of my sleeper list last year was that I noticed a trend in his ERA versus his FIP and xFIP. In every season since his rookie season, Musgrove had a lower FIP and xFIP than ERA. This is a trend that continued into 2020, as his ERA was a respectable 3.86, but his FIP was 3.42 and his xFIP was 3.19. Musgrove did this despite having higher walk and home run rates, which negatively impact FIP. Even with allowing a higher home run rate, he actually had his best year in average exit velocity allowed. His xwOBA was also a career-low, at .268.

The other note I made last year was that if Musgrove can raise his strikeout rate, he can finish even higher than projected. This was a trend that was slowly being established already, as he struck out half a batter more per nine innings in 2019 than he did in 2018. It also constituted the area where Musgrove can most approve. In 2020, he took a massive leap forward in this category. Musgrove struck out over four more batters per nine innings and finished in the 90th percentile for strikeout rate and 84th percentile for whiff rate. This sounds like a number that should regress slightly, but I don’t think it will. The major difference for Musgrove between 2019 and 2020 was pitch selection. In 2019, he threw his four-seamer 37.6% of the time. Musgrove threw his fastball only 27% of the time in 2020, allowing him to throw his slider and curveball more. He threw his slider 2.1% more and his curveball 10.4% more, while also lowering the usage of his other secondary pitches. In fact, Musgrove was one of only two pitchers in 2020 to have two pitches with a whiff rate above 50 percent, as his slider had a whiff rate of 50.6% and his curveball 53.2%. If he continues to highlight these pitches, Musgrove should continue to be one of the better pitchers in the game and may even crack the top 100 in the final player rankings by the end of the season.

Tell me if this story sounds familiar: The Tampa Bay Rays trade for a pitcher with a couple of good pitches, show him how to increase his spin rate a bit, then highlight which pitches to use more, and voila – the Rays have a new ace. Patino also may have even more potential than some of the other reclamation projects in the past for the Rays. He was a top-30 prospect across the board prior to 2020, and some lists even had him in the top 20. While Patino may not be close to being a true fantasy starter, he is in the hands of arguably the best pitching development in baseball, and there is no reason to believe that he will finish the year near the 300 mark in fantasy rankings.

Patino did struggle in his MLB debut in 2020, posting a 5.19 ERA and 1.85 WHIP across 17.1 innings. This was paired with a 5.61 FIP and 6.03 xFIP. The numbers look ugly, but a lot of it was due to lack of control, as he walked 14 batters in those 17.1 innings. This is where the Rays can help Patino improve, especially as they show him where to place the ball for a higher put-away rate. Patino had a 47.8% whiff rate on his slider last season, but only an 11.1% put-away rate. Hitters had a .563 xSLG and .340 xwOBA off the pitch. But it can turn into a true weapon under the right development. Furthermore, Patino already possesses an elite fastball that needs just a bit of fine-tuning. The pitch was in the 88th percentile for fastball spin and the 93rd percentile for fastball velocity. Yet, it actually turned into his worst pitch in terms of batting average (.298), xBA (.210), and wOBA (.371). The mold is there for Patino, and the Rays are the perfect team to chisel away at it and turn him into a stud. Perhaps the biggest limitation for his fantasy value will be an innings limit, but he is a true deep sleeper. Also, unlike in San Diego, it is expected that Patino will start the season in the rotation for the Rays.

Mitch Haniger is one of those players that has a couple of really good seasons, gets hurt for a long time, and people just forget about. The good news for fantasy owners is that he is expected to be back at full strength for the start of spring training. However, this may mean that if your drafts are late, his ADP could jump a bit, making him a bit less of a sleeper. Either way, there is a lot of reason to believe that a 7 WAR player in just over a season and a half from 2017-2018 can return to being a fantasy-relevant player (it should also be noted that his WAR would have been higher with better defense).

Carlos Martinez is beginning the 2021 season back in the role where he had the most success – as a starting pitcher. After returning from injury last season, Martinez found himself in the rotation for the first time since the middle of 2018. He did struggle in his return from injury, but that should be mostly chalked up to injury. Still, at only 29 years old, the two-time all-star should be able to return close to form.

Similar to Haniger, Martinez was also fairly dominant and consistent prior to getting injured. Since becoming a starter in 2015, Martinez truly hasn’t had a bad season. Between being a starter and reliever over that stretch, his highest ERA was 3.64 in 2017. His highest career FIP (3.91) also came that year and his highest xFIP (4.42) came the year after. Using xFIP-, Martinez has had one season below average in his career. The main reason for this is that Martinez is a fairly heavy groundball pitcher, as 53.2% of career at-bats with a ball put in play against him ended in groundballs. This usually doesn’t bode well for fantasy, as groundball pitchers often strike out fewer batters. However, Martinez averages just a tad under one strikeout per inning for his career. It is expected that Martinez won’t fully return to this form, at least not yet, especially because his fastball velocity has dropped a bit. Despite this, Martinez should still be considered a viable option for the Cardinals and if he can get close to his career numbers, Martinez can easily finish inside the top 300.

Sometimes people forget just how dominant of an offensive player Justin Turner has been for the Dodgers. Granted, it also doesn’t seem like he has been on the team since 2014. Since landing in Los Angeles, Turner’s lowest WRC+ is 123. He also has a low mark in batting average of .275, with four seasons above the .300 mark. Throughout his career, Turner is a .292 hitter, weighed down by his seasons with the Mets. Turner has also added power throughout his career, and he tied his career-high with 27 home runs in 2019.

In addition to his career ‘counting’ stats, Turner also shows no sign of slowing down through his peripheral stats. In 2020, his lowest percentile for offensive stats (which encompasses EV, hard-hit rate, barrel rate, xBA, xSLG, and xwOBA) was his barrel rate at the 75th percentile. Turner’s xwOBA was in the 95th percentile, which is a trend throughout his career. Since Statcast started in 2015, Turner has just one season with an xwOBA outside the 90th percentile. He also walks a lot while having a very low strikeout rate. The easiest way to know how good Turner is and why he can easily take a huge jump in the fantasy rankings is to look at his Savant pages and see all the bright red (which signifies higher percentiles). His fantasy contributions are a bit limited as he doesn’t always contribute across the board, but Turner is still a top 150 player.

Willi Castro very quietly had a good rookie campaign in 2020. While he may not have made as much noise as fellow AL Central rookie Luis Robert, he actually finished 2020 with a higher fWAR of 1.3. This was despite only playing in 36 games last season, showing just how much Castro mashed. Castro posted a triple-slash line of .349/.381/.550, for an OPS of .931. In the course of the 36 games, Castro also hit 6 home runs and had a ridiculous WRC+ of 151.

I understand that this was all in a very small sample size, but there are a couple of reasons I believe that Castro can finish the season around the 250 mark (which would still only make him a bench player in many leagues but he can still contribute and maybe even finish higher). The first is that he did something fairly rare for a rookie, which was to be fairly disciplined on off-speed and breaking pitches. On off-speed pitches is especially where Castro lived last year, as he had a .357 batting average, .476 wOBA, and a .821 slugging percentage. He did strike out a decent amount and didn’t draw as many walks as he could overall, but that should fix itself with more experience. The second reason I believe he can jump in the rankings is his minor league numbers. He was always a contact hitter in the minors and he showed that last year. Castro also has the tools to contribute in the five major fantasy categories, evident by his 11 home runs and 17 stolen bases (119 games) at AAA during 2019. The sample size can definitely be deceiving, but Castro can be a sneaky pick to avoid a sophomore slump. 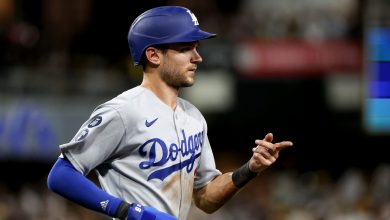