As a die-hard fan of the Pittsburgh Pirates, I have become accustomed to watching a subpar product on the field (and even that is putting it kindly). The Pirates have only had four winning seasons in my lifetime. The gorgeous PNC Park has hosted a total of five playoff games in its history. Now the Pirates, off the heels of a 19-41 record in the shortened 2020 season, have committed to a full-fledged rebuild. With the Pirates being notoriously unsuccessful for the larger part of the last three decades, one would probably assume that I would be used to the Bucs rebuilding their Major League roster by now. But it just feels different this time around.

The Pirates’ hiring of Ben Cherington as general manager in November of 2019 should have signaled that a complete overhaul of the roster was inevitable. After all, Cherington played a large role in assembling the 2013 World Series champion Boston Red Sox (losers of 93 games the year prior) and the young Blue Jays core that is still intact today. His roster construction style is definitely a change of pace from that of his predecessor, Neal Huntington.

It is because of Huntington’s conservative approach that I described the Pirates’ performance as “subpar,” as they’ve spent a lot of time just being mediocre and not even bad (the Pirates averaged 76.9 wins per season during his 12-year tenure as GM). Between the roster teardown at the 2008 trade deadline and the acquisitions of Chris Archer and Keone Kela in 2018, there were not a ton of high-risk moves made during Huntington’s tenure. And that isn’t entirely his fault – the Pirates have maintained one of baseball’s lowest payrolls, and Cherington will surely be working under similar constraints – but Huntington’s reputation will forever be tarnished by his tendency to “play it safe” and aim to build a potential playoff team on paper as opposed to a World Series contender.

The most prominent example of this was the roster turnover from 2015 to 2016. Pittsburgh was coming off a 98-win season, but one where they were one-and-done in the Wild Card Game and had several key departures. Out was slugging first baseman Pedro Alvarez, in was John Jaso, who had never started a game at first base and couldn’t hit same-handed pitching but drew his walks (Hatteberg, anyone?). Neil Walker was traded, and Aramis Ramirez retired, and thus Josh Harrison and Jung Ho Kang, who were highly successful role players, were relegated to everyday duty. Also out were A.J. Burnett, J.A. Happ, and Charlie Morton, and the Pirates brought in Jon Niese, Juan Nicasio, and Ryan Vogelsong to help shore up the rotation. Their win total plummeted from 98 to 78 that season.

Even when Huntington was tasked with dealing star talent, his quantity-over-quality approach to prospect acquisition drew many fans’ ire. When Gerrit Cole‘s name was being floated around after the 2017 season, there was heavy speculation that a return would have to include a prospect like Clint Frazier or Kyle Tucker; however, he settled for a package fixated on MLB-ready talents like Joe Musgrove and Colin Moran as opposed to higher-ceiling prospects. With that being the case, it was especially shocking and frustrating to see Huntington part with the substantial amount of prospect capital that he did to acquire Chris Archer. The consensus now is that this trade set the franchise back multiple years and ultimately cost Huntington his job, and the recent news of Archer signing back with Tampa Bay is just another sprinkling of salt on a still-fresh wound.

Shifting focus back to Cherington, he wasted no time making his first big move, trading Starling Marte to Arizona before the start of the 2020 season. He stood pat at the trade deadline, largely due to his top trade chips being hurt (Musgrove, Archer, Kela) or underperforming (Josh Bell, Adam Frazier, Gregory Polanco). The same cannot be said for the offseason. Bell (Nationals), Musgrove (Padres), and Jameson Taillon (Yankees) have all been dealt this offseason in an effort to upgrade the farm system drastically. The additions Cherington has made cannot be ignored:

Cherington has acquired nearly half of the Pirates’ top prospect list in a span of just fifteen months and, per MLB Pipeline, catcher Endy Rodriguez and right-hander Luis Oviedo, both Cherington acquisitions, also made the Top 30. He has not been shy about addressing the organization’s lack of pitching depth across the Minor Leagues. At the time of his hiring, the team’s top pitching prospect, Mitch Keller, was all but guaranteed a spot in the Majors already, and Quinn Priester had not yet begun to fully establish himself as an elite prospect. Aside from Nick Gonzales, who was not expected to fall to the Pirates at #7 in the draft, every one of Cherington’s draft choices in 2020 was used on a pitcher. A pair of his new pitchers have a sprinkle of Major League experience (Yajure, Crowe), and he acquired two more arms (Soriano, Oviedo) in the MLB portion of the Rule 5 draft. Still, Cherington is rightfully operating under the assumption that gathering MLB-ready talent is not a priority at this stage.

This list of ranked Cherington acquisitions will only grow in the future, with Pittsburgh holding the top pick in the 2021 draft and likely being at or near the top of the draft order in the coming years. In fact, should the Pirates finish with MLB’s worst record again in 2021, that would mark just the fourth instance of a team securing the first overall pick in consecutive drafts:

While not all of those draft selections would are considered “hits,” it is worth mentioning that each of those teams secured at least one World Series berth with one of those top picks (Price with the 2008 Rays, Strasburg with the 2019 Nationals, Correa with the 2017 and 2019 Astros). This further emphasizes the importance of scouting and developing prospects for rebuilding teams, especially for a small market team like the Pirates, who have to acquire much of their talent in this manner.

Fortunately for the Pirates and their woebegone and desperate fans, there is recent precedent for teams enduring a lengthy rebuild to ultimately see a World Series championship. This is especially true in the case of the early-to-mid 2010’s Houston Astros, who initially embraced a rebuild in 2010 and were rewarded with a title in 2017 (this championship obviously comes with a large asterisk attached, but, as that scandal had no relation to the assembly of the roster during the rebuild, I will not further address it here).

The first sign of a rebuild in Houston came at the 2010 deadline, when the Astros, well below .500 and nowhere close to a playoff spot, dealt a pair of fan favorites and long-time Astros, sending Roy Oswalt to Philadelphia and Lance Berkman to the Yankees. These trades netted young talents like J.A. Happ (who was the reigning NL Rookie of the Year runner-up), Jonathan Villar, Brett Wallace, and Mark Melancon. The result was a 76-86 record in 2010 and the 11th overall selection in the 2011 draft, which was used to draft an outfielder by the name of George Springer.

Houston then proceeded to lose 100+ games in each of the next three seasons (including a 111-loss 2013 season, a winning percentage that only four other teams have matched in the divisional era). While fans would have to suffer through trades of other quality Major Leaguers like Hunter Pence, Michael Bourn, Carlos Lee, Brett Myers, and Wandy Rodriguez, the team continued to draft and develop significant talent while the MLB team continued to scuffle.

This started a streak of three consecutive #1 overall picks, and while Carlos Correa was the only one to ever actually suit up for the ‘Stros, it wasn’t all for naught. Mark Appel, who never reached the Major Leagues and is now out of professional baseball, was part of a trade package to acquire reliever Ken Giles from the Phillies after the 2015 season. Giles posted a 2.30 ERA and saved 34 games during Houston’s championship season. Brady Aiken never signed with the Astros, meaning they received an additional first-round pick one spot later the following season. The Astros turned that draft pick into Alex Bregman, who was an MLB regular for the first time in 2017 and has since blossomed into one of baseball’s best players. During this period, the Astros also used a supplementary first-round pick on Lance McCullers Jr., another key member of the 2017 team.

Houston accelerated their rebuild by receiving significant contributions from players who were never highly touted prospects, namely Jose Altuve, Dallas Keuchel, and Marwin Gonzalez, none of whom ever ranked higher than 20th in the organization according to Baseball America. Altuve slashed .346/.410/.547 in 2017 en route to his first MVP award and his third batting title. Keuchel won the AL Cy Young in 2015 and produced a 2.90 ERA and 1.12 WHIP in 2017. Gonzalez had a career-best 146 OPS+ in 2017 and made appearances at six different positions.

Houston’s rebuild was successful due mainly to their ability to draft and develop prospects exceptionally well. That is what Ben Cherington and the Pirates should be trying to emulate, especially as a team with ever-present payroll restrictions. It is crucial that the front office capitalizes on every opportunity to add an elite talent with a high draft pick and finds some diamonds in the rough throughout the Minor League system. Owner Bob Nutting has repeatedly attempted to assure fans that payroll flexibility will be available when the time comes. But until the team is competitive again, the Pirates need to continue to stockpile the farm with young talent that will set the organization up for success down the line.

So what’s next for the Pittsburgh Pirates? Unfortunately, the next few seasons are probably going to suck. That being said, plenty of progress will be made even in the coming months. There is still a surplus of players who could be dealt before Opening Day or by the trade deadline to bolster the team’s Minor League depth even further (Adam Frazier, Colin Moran, Chad Kuhl, Steven Brault, Richard Rodriguez, and Chris Stratton immediately come to mind). Pirates fans should have July 11 marked on their calendars, as that date marks the start of the 2021 draft, where the Bucs are guaranteed to add more high-ceiling talent to the system. Also, the importance of the return of organized Minor League play cannot be overstated. That will allow prospects to develop much more naturally and make the scouting of players both internally and externally more tenable. Those who can still bear to watch the Pirates regularly will hopefully be able to see Ke’Bryan Hayes continue to shine and come into his own as the face of the Pirates franchise. There will again be a time where PNC Park is loud and packed in the summer and into October, but the path to get there is not pretty. Loyal Pirates fans are all too used to looking ahead to the future while continually being disheartened by the present, but I truly believe this will all be worth it. In Ben we trust. 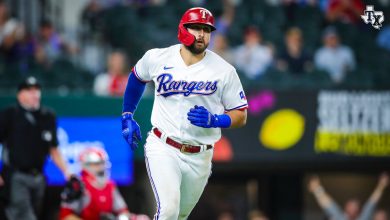 Joey Gallo is Weird, and Getting Weirder 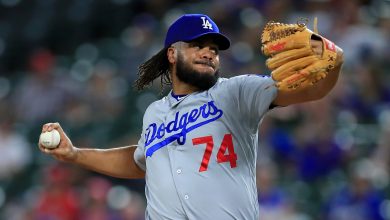 In Defense of Kenley Jansen 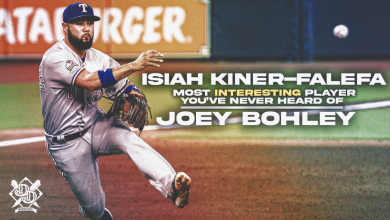 The Most Interesting Player You’ve Never Heard Of 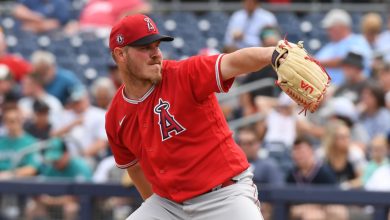 How Dylan Bundy Fixed Himself

Jesus paid it all. Forever hoping Bob Nutting will just pay anyone. Ke'Bryan Hayes is the best 3B in the NL Central. Always talking Pirates/baseball in general on Twitter @efisher330
Find Us on Social Media
Popular Articles
Facebook Twitter WhatsApp Telegram
Back to top button
Close
Close
Close
Log In