As we prepare for the 2021 season, Diamond Digest writers will be taking a look at each team’s off-season and previewing the season to come. Today, Michael Shopoff takes a look at the Houston Astros!

In the past 14 months, the Astros have lost their general manager, their manager, a Cy Young-caliber pitcher, a homegrown World Series MVP, most of a season to a pandemic, the majority of their games in that shortened regular season, and game seven of the ALCS.

And yet, they’re still favored to win their division, potentially make their fifth straight ALCS appearance, retain two more major stars, and generally put that trash can stuff in the rear view mirror.

The Astros spent their shortened 2020 regular season watching pretty much every one of their hitters struggle under the mental weight of the sign-stealing fallout, and watching an endless parade of rookie pitchers take the mound.

Then they snuck into the bloated postseason and just ran their way to the ALCS, coming one game from their third World Series in four years. To call it a strange season undersells it a bit.

The Astros added three potential pieces for a bullpen that used more pitchers than any team other than the COVID-stricken Marlins. The first to sign was Pedro Baez, aka “The Human Rain Delay,” who brings his aggravatingly slow approach to the mound in Houston for two years and $10.5M, plus a team option for 2023 at $7.5M with a $2M buyout. Baez provided consistent, above-average relief in Los Angeles over the past several years, but saw an alarming drop in his strikeout rate in the shortened 2020 season. He brings a 94-95 MPH fastball, but has relied heavily on a changeup around 86 MPH over the past couple seasons, throwing the pitch more than 35% of the time. Baez should give Dusty Baker a good seventh or eighth inning option, but without a high strikeout or groundball rate, look for him to start innings more often than coming in to get out of a jam.

Ryne Stanek, the second reliever signed by James Crick, looks like a case of Crick trying to get a player from his Tampa roots. Stanek looked like an outstanding reliever during his time with the Rays, posting ERAs in the 3.5 range and striking out better than 3 batters for every walk. The Rays traded Stanek to Miami during the 2019 season, and Stanek’s control didn’t make the trip with him. He went from walking 3.23 batters per 9 innings for the Rays to over 7 per inning with the Marlins. If Stanek can find his way back to the strike zone, he could give the Astros solid middle innings, but the one year, $1.1M contract he received indicates not many teams think he can.

Steve Cishek, the final reliever signed this offseason, comes in as a little more of a bounce-back candidate, as indicated by the minor-league contract he received. If Cishek makes the major league roster (as expected), then he will receive a guaranteed salary of $2.25M. Cishek posted above-average to elite relief numbers through 2018, then watched his control decline over the next two years, dropping is K:BB ratio under 2. This culminated in a disastrous 2020 season for the White Sox, giving up a hard-hit rate of over 40% according to Statcast. According to an interview with Brian McTaggart of MLB.com, Cishek found a flaw in his sinker delivery that he believes allowed opponents to slug nearly .800 off the pitch last year. If he can correct that, Cishek gives the Astros another grounder-heavy arm to induce double plays.

Moving on from the pitchers, we herald the return of the prodigal catcher. Jason Castro once again becomes Castro the Astro, only five years removed from donning the tools of ignorance in Houston. Castro signed a two year, $7M contract with the Astros, and while his left-handed bat forms a potential platoon with Martin Maldonado, the team indicated Castro would serve as a backup rather than a platoon partner. Castro’s time as an above-average hitter has passed, but he combines with Maldonado for one of the most experienced backstop tandems in the majors. Given the Astros had the third-youngest pitching staff in the majors last year, despite Zack Greinke‘s presence, that catching experience has to comfort the club.

There are two basic ways to construct a lineup: you can live in the 1980s and put your fastest guy at the top to manufacture some runs, or you can choose to get your best hitters more plate appearances. Unfortunately, Dusty Baker has indicated he’ll tilt toward the former, meaning the team’s eighth or ninth-best hitter will get the most plate appearances while Kyle Tucker, the team’s second-best hitter last year, sits in the bottom third of the lineup.

On the pitching staff, you have the rotation returning intact while the bullpen gets completely rebuilt. Forrest Whitley provided a glimmer of hope still, but he will have no impact on the 2021 season after undergoing Tommy John surgery. Joe Smith, who opted out of the 2020 season, returns to give a strong anchor in the late innings.

While the FanGraphs projection doesn’t look especially bullish, it still puts the Astros at the second-best record in the AL, behind the Yankees. PECOTA has the Astros situated identically – second in the AL, fifth overall in the majors (behind the Dodgers, Padres, and Mets in the NL). The real difference between the two projections comes on the offensive side, with PECOTA giving the Astros an extra 30 projected runs, edging out the Yankees for the best offense in the AL.

So why project the win total even higher than PECOTA? Well, both systems have the Astros pitching staff firmly in the bottom third of the majors, and I don’t see that happening. Brent Strom has consistently proven that he has the ability to get the most out of his pitchers, and I think the bullpen will end up well above the replacement-level performance expected, especially by FanGraphs. An even bigger factor: I expect the AL West to end up as a terrible division. Both systems anticipate the Angels and A’s to come in above .500, and in the case of the A’s, I don’t see that happening at all, as the team lost a lot during the offseason. FanGraphs clearly has a more conservative distribution of wins, but projecting the Rangers for 72 wins makes no sense – they could very well come in under 60. Those wins have to go somewhere and I expect the Astros to pick up a few.

The loss of George Springer has seemingly led people to dismiss this team as having passed its window of contention, but take another look at that lineup. Even without their best hitter from last year, this team could easily lead the league in offense. If they can get even average performance from their pitchers, you should expect another deep postseason run. 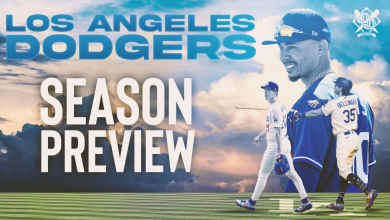 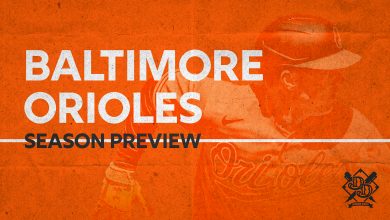 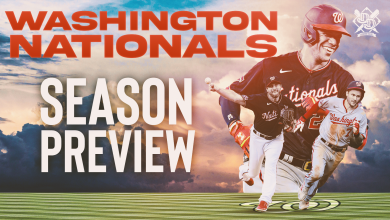 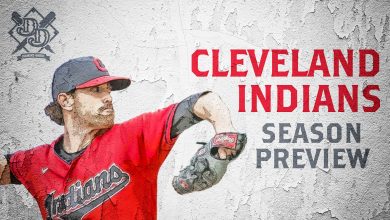