As we prepare for the 2021 season, Diamond Digest writers will be taking a look at each team’s off-season and previewing the season to come. Today, Tyler Prime takes a look at the Arizona Diamondbacks!

While division rivals continue to spend lavishly, the Arizona Diamondbacks have largely stayed their moderate-spending course following a disappointing 2020 season. With a stunted trade market making a total teardown unappealing, the club returns with substantially the same personnel to try again in 2021.

Without a doubt, Zac Gallen had the best 2020 of any Diamondback as he served up dominant performances you could set your watch to. During the season, he set an MLB record for going the first 23 starts of his career (a run that started in the 2019 season) without giving up more than 3 runs in any start. In addition to Gallen, Kole Calhoun is worthy of praise for being a consistent offensive weapon on a roster that was desperate for offensive production. He led the club’s every-day players with a wRC+ of 125.

Outside of those two counter-examples, and with a tip of the cap to Merrill Kelly who pitched admirably, the story of the 2020 Diamondbacks was regression. The club’s players largely failed to meet their expected outputs, and due to the shortened season, were unable to demonstrate that the lack of production was simply a case of bad small sample size luck. This dip was significant enough that the club’s GM Mike Hazen openly agreed that the trade value of his veterans is low and hinted that possible trade returns would likely only be far-off and far-from-sure prospects.

As forecasted in the Diamondbacks’ Offseason Outlook the club has been conservative, electing to make only marginal adjustments to the roster. The real offseason-like activity came at the 2020 trade deadline, where the club moved nearly half a dozen key veteran players for salary relief in exchange for younger, low-cost alternatives. The “key losses” listed above are the only players that have departed since the close of the 2020 season that either pitched 20+ innings, or had 50+ plate appearances in 2020. Of that group, only Junior Guerra was on the above average side of 100 in ERA- or wRC+. In sum, this is not a group of players likely to be seriously missed.

The three new-comers are largely like-for-like with those departing in terms of role. In the bullpen, Joakim Soria and Tyler Clippard will replace Rondón and Guerra as the new one-year-deal arms-for-hire. This swap will likely be a positive one, as the seasoned Soria and Clippard (respectively ranked tied-third, and second for total appearances among active pitchers) posted ERA-’s of 67 and 62 respectively in 2020, as compared to Rodnon and Guerra’s 169 and 67. Their steady hands will be welcomed after some posited that the 2020 version of the club’s bullpen was the worst in franchise history. Of course, this is dependent on their maintained longevity. Clippard has already suffered an injury that will likely keep him out until at least mid-May, so that longevity is already being called into question.

As for Cabrera, he’ll be filling the veteran off-the-bench role vacated by Jon Jay. In fairness to Cabrera, he’ll likely have a more regular role than Jay, who was essentially forgotten in 2020. Cabrera will likely spend time primarily at the corner infield positions in a platoon-like situation involving Eduardo Escobar and Josh Rojas.

As mentioned above, the club acknowledges that their veteran players have low trade value. Rather than shipping them off for lottery ticket prospects and covering some portion of their contracts, it seems the club believes it is better off seeing if those players can rebuild their value in 2021.

* Pavan Smith to fill-in until Calhoun returns in late April

The 2021 Diamondback go-to lineup is set to look very similar to what was in the first half of the 2020 season. The only player gone from opening day last year is Starling Marte, who was traded mid-season to the Marlins. While this may have only been one move, it created cascading implications

First, the club seems likely to make Ketel Marte the primary center fielder. It has been widely reported that he would like to stay at a single position (at the time this was in reference to 2B), but because the Diamondbacks are thinner in the outfield than the infield, the team is likely to get more value overall moving him back to CF. This will likely be true for the entire season, but doubly so at the start of the season on account of Kole Calhoun’s injury.

Second, with CF covered sufficiently by Marte and Tim Locastro on rotation, Daulton Varsho, the catcher-CF hybrid who made his rookie debut in 2020, is likely to find himself off the MLB roster. The club appears determined to continue his development as a catcher and because the MLB squad is fully staffed by Carson Kelly and Stephen Vogt, that must be done at the AAA level.

Third and finally, this roster change creates spare playing time in the infield. As hinted previously, the club is anticipated to use a rotating cast of Eduardo Escobar, Josh Rojas, and Asdrúbal Cabrera at 3B and 2B. Escobar will receive the most playing time, only coming off for rest days, while the other two will split time. The quirk of this platoon is Cabrera’s age-induced limitation to playing the corner positions, and Rojas’s primary preference of playing up the middle. As such, on days Cabrera plays he’ll take 3B and Escobar will start at 2B. On days Rojas plays he’ll take 2B and Escobar will slide back to 3B.

* Taylor Clarke to fill to start the season (others, namely Corbin Martin, could get a chance).

Diamondback fans everywhere held their collective breaths when news broke that their young ace, Zac Gallen, was feeling forearm discomfort. Fortunately, a few days later relatively good news followed: no Tommy John required. It turned out Gallen suffered a hairline stress fracture in his throwing arm while taking batting practice earlier in March. The injury will likely keep Gallen out for the first few months of the season (thus eliminating the innings limit idea). When he returns he will be on a mission to prove that he can maintain his career average ERA of just below 3. Most projections have his ERA going up about a full run.

While Gallen recovers, the primary Diamondback starter story to track in 2021 will be Madison Bumgarner’s redemption tour. The veteran southpaw was the club’s gem off-season signing in 2020, but excitement over his addition very quickly gave way to disappointment. During the 2020 season, Bumgarner suffered a significant drop in fastball velocity from his career average, an IL-landing back issue, and overall ineffectiveness for the majority of the season. Now, with the club staring down four more expensive years of sub-par starting pitching, feelings of regret are percolating. If 2020 Bumgarner is here to stay, the decision to give him a contract that accounts for nearly a fifth of the roster’s payroll could eventually cost Hazen his job.

* Riley Smith to fill in until Clippard returns in mid-May.

The bullpen was a disaster in 2020 and unlike the other categories above, there is no single bright-spot player carrying over into the 2021 season. Fittingly then, it’s where there has been the most change. The new additions discussed above will be deployed in the most prominent positions (when available). Soria will fill in as the club’s closer and Clippard will come in for high leverage situations earlier in games. However, with Clippard’s health recently taking a blow, the bullpen is again in disarray.

One clear solution would be to call up prospect J.B. Bukauskas who was perfect through his first 5.2 innings pitched this spring, including twleve strikeouts. However, the club is more interested in manipulating his service time and have sent him to AAA-Reno for the time being. More likely to replace the injured veteran is Riley Smith, who pitched well in limited appearances for the club in 2020. Smith isn’t likely to pitch at the level that Bukauskas seems poised to, but doesn’t pose the same control concerns.

The Diamondbacks are clearly not positioning themselves to be a playoff-bound team in 2021. The division is off the table, as the NL West includes most statistical projections’ #1 & #2 teams in the National League. Further, assuming those projections are about right, that also means the first wildcard spot is locked up. That means the highest realistic aspiration for the Diamondbacks this season is the second wildcard spot. Joining the Diamondbacks in this hunt will be about half of the clubs from the NL East and NL Central (and maybe even the San Francisco Giants, for good measure), many of which with a more compelling case to earn the spot than the Diamondbacks.

But, beauty is in the eye of the beholder, as they say. There can still be joy to be had without making the playoffs and other goals can be set. This writer, for one, appreciates that the team has not elected to entirely bottom out. The 2021 club is filled top to bottom with ballplayers of reasonable quality which means every game has a chance to be competitive. Not every team can say that.

If the second wildcard spot is clearly out of reach, success should instead be defined by how well the team sets up the next era of Diamondbacks’ baseball. To speed up the transition, and to increase the odds that the new era is a successful one, the 2021 goals should be to build up the trade value of veterans with one or two years left on their contracts so they can be moved to true contenders, and for the younger players to grow into new prominent roles. Fortunately, the team can still be competitive while seeking to accomplish both of these sub-goals.

While not likely to be a true playoff contender in 2021, the Diamondbacks should still put forward an enjoyable season of baseball. Aging veterans will be hungry to prove that they still have quality baseball left in them, and there will be moments where young players give a glimpse of the future era to come. Collectively this is likely to result in a mediocre record, but will give fans a foundation to believe in heading into the 2022 season. 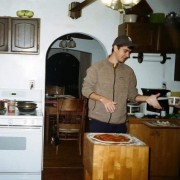