The White Sox drafted Carlos Rodon in the first round of the 2014 draft, 3rd overall. The North Carolina State product had ace potential with an explosive fastball in the mid-90s and a plus slider in the high-80s as part of his repertoire coming out of the draft. After being thrust through the Pale Hose’s minor league system in the summer of 2014 to making his MLB debut on April 20th, 2015, it has gone not as planned throughout Los’s major league career.

Before the 2021 season, in six major league seasons, Carlos Rodon was 29-33 with a 4.92 ERA, 1.412 WHIP, 231 BBs, and 525 Ks over 535.2 IPs. Throughout his six years in the majors, Los has had a career mired by countless injuries starting with a sprained left wrist in July 2016, left biceps bursitis in April 2017, left shoulder inflammation in September 2017 that lasted throughout the majority of the 2018 season. While coming back for the 2019 season, the previous shoulder injury ultimately led to edema developing in his throwing arm, which brought upon the inevitable Tommy John surgery in May 2019. Carlos went through the dreaded TJ rehab and returned to the White Sox for the 2020 season and ended up on the IL once again with shoulder soreness and returned late in the season in a bullpen role that went horribly wrong.

The 2020 season ended on a very low note for Rodon leading to the non-tender of his arbitration in December 2020. This kicked off a very eventful offseason of redemption for Carlos. This was the first offseason the Scott Boras client was a free agent fighting for a contract. Instead of doing his usual hunting in the offseason, Rodon got to work on his nutrition and health and got in the best shape of his career. The White Sox noticed this change in Carlos getting his act together and agreed to terms on a 1 year, $3 million deal on Feb 1st, 2021. Going into spring training, the lefty found himself in a 5th starter competition with RHP Reynaldo Lopez and won the competition without much trouble as Rodon had a 1.32 ERA over 13.2 IPs with 1 BB and 16 Ks, while Lopez had a 9.00 ERA over 11 IPs with 4 BBs and 6 Ks.

What gave Carlos this success in the 2021 Spring training season was newly hired pitching coach Ethan Katz getting him to use his lower half more in his delivery along with working with the core velocity belt. As referenced, all of Carlos’s prior injuries were upper body related, which means the use of his lower half was not the emphasis of his pitching mechanics throughout his injury-riddled major league career.

Carlos Rodon opened the season in a faceoff with the Seattle Mariners on April 5th and pitched 5 scoreless innings, allowing only 2 hits with 3 BBs, 9Ks, and had a pitch count of 95. In that start, Rodon’s fastball topped out at 98.4 MPH with an average of 95.4 MPH throughout the start and also achieved 19 total whiffs. Now, this is the same fastball velocity Los had in a bullpen role at the end of 2020 but in that stint, he had poor command of the strike zone. The steadiness of Rodon’s fastball velocity for the first start of 2021 was very encouraging to help earn the White Sox the win over the Mariners with a score of 6-0.

Carlos was set to start April 12th in the series opener versus the Cleveland Indians. Due to an upset stomach, Rodon was scratched for Dallas Keuchel taking his place to pitch that night. Carlos would recover quickly and make his start on April 14th in the 3rd game of the series versus the Indians. This was the start of a magical night for Los as he went the distance throwing a complete game no-hitter while allowing only catcher Roberto Perez to reach base on a misplaced slider off the top of his foot in the top of the 9th inning. Rodon became the 20th pitcher in White Sox history to throw a no-hitter; it was also their 2nd no-hitter in less than 8 months, as RHP Lucas Giolito threw a no-no against the Pittsburgh Pirates.

Yes, Carlos Rodon threw a near perfecto across 114 pitches consisting of 75 strikes and 39 balls. Rodon achieved 7 Ks, 19 total whiffs, and an average fastball velocity of 95 MPH. What was interesting about his performance is that the 4-seamer gained velocity throughout the night starting in the low-90s and ending the outing in the high-90s. The 112th pitch of the outing was a 99 MPH fastball as that pitch, along with the slider, was dominant all night long.

After all the hardships Carlos Rodon has been through from an injury-riddled career and inconsistencies, this was the confidence booster he needed to show all the doubters his true potential. Who would have thought that in Los’s first two starts he would hurl 14 scoreless innings and the 2nd start being a near-perfect game? Although it’s only April, if Carlos can stay consistent and health is on his side it will be a huge x-factor to the White Sox rotation. 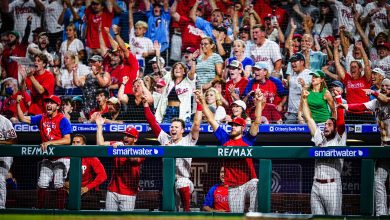