After winning the 2016 World Series, Cubs fans believed that their lovable winners(!) would be able to sustain success with a young core of Kris Bryant, Javier Baez, Anthony Rizzo, and Willson Contreras. The young offensive core was supported by veteran starting pitching and the bullpen was led by half-season rental Aroldis Chapman. Chapman left the next year, and the starting pitching started to show its age. In 2017 and 2018, they won 92 and 95 games, respectively, but couldn’t make it out of the NL bracket. After the Cubs failed to make the playoffs in 2019 they were bounced in the first round of the 2020 playoffs by the Miami Marlins. Five years after their first World Series in 108 years, the Cubs are at a crossroads, and the front office will have to make some tough decisions over the next few months.

The Cubs entered 2021 with some new faces and a chance to win a wide-open NL Central. Fangraphs projected the Cubs to finish in third place in the division at 77-85 this season, but they also had the Cardinals winning the division at just 79-83. The Cubs biggest losses this offseason were Yu Darvish (who they traded to the Padres for Zach Davis and four prospects) and Kyle Schwarber (who they replaced with Joc Pederson). Jon Lester and Jose Quintana also left the team during free agency, so the Cubs brought in two familiar faces in Jake Arrieta and former Pirates pitcher Trevor Williams. Roster moves like this don’t exactly scream “win now,” but the Cubs can still compete in a weak division and anything can happen in the playoffs.

Offense has not been the Cubs’ problem so far this season. Bryant is playing at an MVP level while playing multiple positions in the field, and Báez needs better plate discipline, but he is providing both power and speed. Rizzo and Contreras have had some bad luck when putting balls in play, but they are contributing and I expect those numbers to level out over the course of the season. There have also been some surprise contributors on offense in Jake Marisnick, Matt Duffy, and Nico Hoerner. However, with the good comes the bad. Ian Happ, Jason Heyward, David Bote and Joc Pederson have all underperformed offensively, but there is some hope for the future. Bote has underperformed his xwOBA by 103 points, Happ by 57 points, and Heyward by 29 points. The Cubs should expect some improvement from these players if they continue to hit as they have been. A recent spell of injuries has sidelined Happ and Hoerner, but the Cubs have a versatile team that can absorb injuries more easily than many others.

The Cubs defense has been fine so far in 2021, but I believe they can improve their defense by giving players consistent playing time at their positions. Chicago has a unique set of players that can play multiple positions including Bryant, Bote, Duffy and Eric Sogard, but some players may excel when they focus on one position. Injuries force managers to move players around and get creative, but if the Cubs are healthy, they should realign their outfield to better suit their players’ skill sets. Happ has struggled in center field so far this year, and he has graded out as a much better left fielder, so I think that should be where he receives most of his playing time. Pederson has proven to be capable in both left and right field, so he can slot into right with Happ in left. That leaves Heyward to play center field, and although he’s 31 years old, he’s been an above-average center fielder in over 1,200 career innings, and without a true center fielder he might be the best choice there right now.

Starting pitching has been the biggest problem for the Cubs in the early going. Hopefully, the pitchers are still getting into the groove of things, but the underlying numbers are not pretty. After losing Darvish, Lester, and Quintana the Cubs rotation consists of Kyle Hendricks, Arrieta, Williams, Davies, and highly-touted prospect Adbert Alzolay. Hendricks has been one of the Cubs best pitchers over the last five years, with his ERA being below 3.50 every year from 2016 to 2020. His ERA for 2021 currently sits at 6.23, but I have confidence he will bring that down before the season ends. He has missed a lot of targets, and he is leaving the ball over the plate more than ever, but he still has the ability to force weak contact when he isn’t missing bats. Kyle’s numbers have been inflated by an unsustainable 28.2% of his fly balls turning into homers, and with his career rate sitting at 11.8%, we can expect some regression to the mean. Arrieta’s first few starts of 2021 were very encouraging, but he has landed on the Injured List with a thumb injury after getting shelled by Cincinnati for seven runs over 3.1 innings. His ERA currently sits at 4.31, and I think if the Cubs can get that type of production from the 35-year-old after he returns, they will be content. Trevor Williams was a cheap gamble for the Cubs this offseason, and sometimes you get what you pay for. He has a 5.81 ERA through seven starts and unless his control improves significantly, I can’t see him being a big contributor this year. The Cubs knew coming into this year that Zach Davies was not Yu Darvish, but they were not expecting a 6.30 ERA through seven starts. The advanced metrics are also not kind to the soft-tossing Davies with a 7.05 xERA and a 5.38 FIP, but his last start against Pittsburg was somewhat encouraging. Adbert Alzolay has been the one bright spot in the Cubs’ rotation so far. He is 26 years old and is currently sporting a 4.50 ERA, a 3.85 xERA and a 3.70 FIP. Alzolay has a good mix of pitches led by a strong fastball and a wipeout slider that hitters have struggled against. He has an opportunity to establish himself as a top of the rotation arm this year, and he has the arsenal to do so.

The bullpen was another big question mark coming into the season for the Cubs. Can Craig Kimbrel continue his recent dominance? Who will step up with him and provide quality relief innings in close games? Kimbrel seemed to have turned a corner in September of 2020 by not giving up a run in 7.1 innings, but relievers tend to be somewhat unpredictable year-to-year. He has answered the questions about him with a stellar 0.64 ERA in 14 innings with a 38.9% strikeout rate so far in 2021. Behind him, the Cubs have also had solid starts from Andrew Chafin, Dillon Maples, Rex Brothers and Dan Winkler. The Cubs bullpen is currently sporting a 3.62 ERA, good for 10th in MLB, and they will give their team every chance to win close games if their success continues.

The Cubs front office has to decide if they believe this core can make another playoff run, or if it’s time to rebuild or reload. The Cubs payroll is currently well under the luxury tax threshold, so they have the ability to trade for players to try and win now. Starting pitching is the Cubs’ most glaring issue, and if they truly want to compete in the playoffs against teams like the Dodgers and Padres they are going to need to add a top-of-the-line starter. They could also add a true center fielder and another quality bullpen arm if they wanted to go all out. The Cubs offense can keep them in high scoring games, but the offense won’t be productive every night and you can never have enough pitching. This team can compete if they make a few big additions, but I don’t see the current roster seriously competing in the playoffs.

Unfortunately, if the Cubs begin to slide before the All-Star break I could see them being sellers. Bryant, Báez, and Rizzo are all free agents at the end of the 2021 season. I am sure that the Cubs’ front office does not want to let all three of them reach free agency without anything in return, and I also can’t imagine the front office not coming to a long-term deal with at least one of them. Bryant has already been mentioned in trade rumors, Báez has some questions to be answered on offense, and Rizzo is on the wrong side of 31. Bryant would likely bring the best return, but I also think he is the best player to extend for the Cubs. Kris combines an excellent offensive approach with positional flexibility in the field, making him one of the most valuable players in the game in my eyes. If they trade Bryant, they had better get a king’s ransom in return because he is going to be difficult to replace. Báez’s trade value could fluctuate greatly from team to team, but I think the Cubs know his value best and can get a good return if they go that route. Javy has had his ups and downs, but he is only 28 and has 30/30 potential. If Báez is willing to accept a market-value deal from the Cubs, they should re-sign their homegrown shortstop. As a Cubs fan, it hurts to say that Rizzo might be the best trade candidate for the Cubs. Rizzo is still a productive player, and he can definitely make a lot of teams better at first base. He is 31, but his skillset should age better than most as he plays a good first base and has the ability to get on base a lot. This trio’s trade value is diminished by the fact that they are all free agents at the end of the year, but the Cubs front office can’t let all three of them walk.

The next few weeks of play should give us a better idea of which way the Cubs are going to go this season. The Cubs have had some good pitching lately and they are 6-2 to start the month of May. The Cardinals have been playing very well and lead the NL Central at 21-14, but the Cubs are not far behind at 17-17. If they are in the cellar by the All-Star break, we might be looking at a very different team by the end of the year. If they are competing for the division title in a few weeks, we could see them make some aggressive moves for another playoff run. I believe the most likely scenario is that the Cubs struggle to compete and they become sellers as the year goes on. This is a difficult position for the front office, but if the team catches lightning in a bottle, we could see one more magical playoff run for this core of Cubs players. 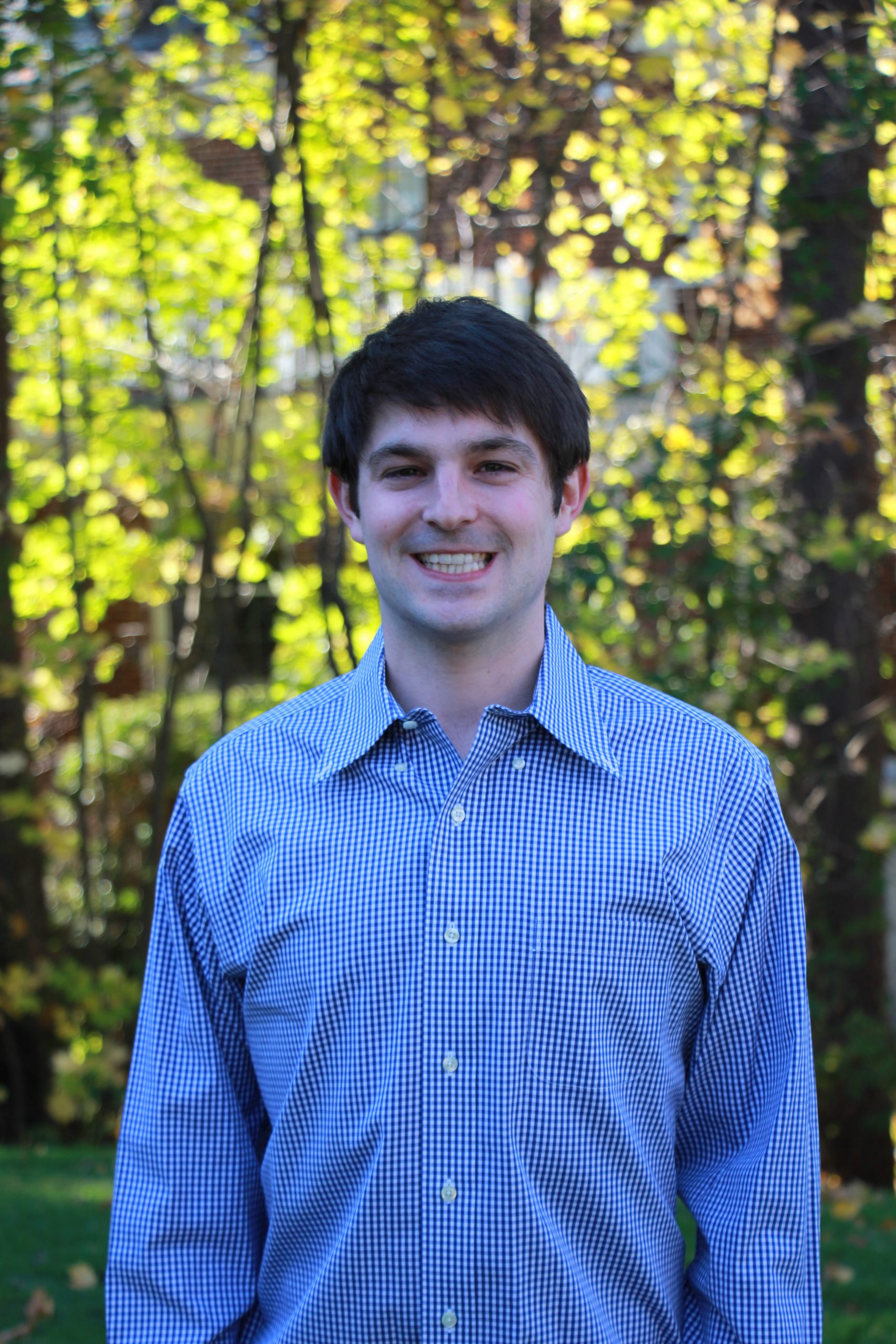 I'm a writer focused on the Yankees, Mets and Cubs. You can find me talking about all facets of baseball on Twitter @agaffney93
Find Us on Social Media
Popular Articles
Facebook Twitter WhatsApp Telegram
Back to top button
Close
Recent Posts
Meta
Meet the Team
Close
Close
Log In