I did not anticipate the trade deadline being that frenetic, yet here we are. There were multiple 2021 All-Stars that were traded, and two recent World Series champions decided to tear it down with the Cubs and Nationals shipping out key contributors to those squads. Pitchers were also susceptible to be moved, as four of the top 30 relievers and three of the top 30 starters changing teams at the deadline. With the amount of player movement that happened this week, it would be best to attempt to recap some of the most consequential moves of the deadline with the ranked teams this week. With all that said, let’s get into the rankings!

March to World Series Glory;The five teams that have the best chance at lifting what Rob Manfred lovingly calls a “piece of metal” at the end of the season

The Astros had two goals going into the trade deadline; acquire bullpen help and stay under the luxury tax. With the trades for Kendall Graveman, Rafael Montero, Yimi Garcia, and Phil Maton, the ‘Stros were able to accomplish both. With Ryan Pressly having an outstanding season, there was not any need to get a big-name arm, but rather pitchers who could bridge the path from the starter to Pressly. Three of the four new arms have already made their Astros debut against the Giants, with Graveman and Maton striking out a combined 6 batters in 2.1 innings of work.

The Rays needed another bat, to add a little thump to their lineup. With Nelson Cruz going to Tampa, the Rays got potentially the best power bat (outside of Joey Gallo) available on the market. Since 2014, Nelson Cruz has hit more home runs than any other player with 281. The player with the second-most in that span (Mike Trout) is closer to seventh on the list than first, showing how much power Cruz has had in his bat, especially in his mid-30s and early 40s. With the Rays, Cruz has already hit two home runs in seven games, helping the Rays take first place in that span.

The Giants saved their big acquisition for the buzzer, trading for former NL MVP Kris Bryant from the Cubs. San Francisco has struggled to find an impact bat to play left field, with their left fielders slashing .211/.284/.394 for an OPS of .679. Compared to the rest of the team, left fielders for the Giants have a combined OPS 23% below the rest of the team’s collective performance, and 15% below league average. Meanwhile, as a left fielder, Bryant has a .280/.349/.547 slash line, good for an OPS of .896, 43% above league average.

The Brewers made their first major deal early, trading for Willy Adames in the middle of May. Since then, all Adames has done is rake, slashing .295/.383/.536 with a .919 OPS (145 OPS+) and a wRC+ of 146, energizing the Brewers and helping them entrench themselves in first place in the NL Central. Milwaukee made another splash this week, dealing for Eduardo Escobar from the Diamondbacks to play third base. This season for Arizona, the All-Star posted a .778 OPS and smacked 22 home runs in the desert for the last-place squad.

If there was any team that improved at the deadline, it was the Dodgers. Danny Duffy could be a great under-the-radar acquisition, but the headlines went to superstars Max Scherzer and Trea Turner joining the Dodgers from the Nationals. With the injuries that the Dodgers’ pitching staff has sustained (not to mention Trevor Bauer‘s off the field issues), they swung big and managed to get the best arm on the market, albeit at the cost of their top two prospects in Keibert Ruiz and Josiah Gray, along with two more prospects.

The White Sox were another team that made major improvements at the deadline that shouldn’t go unnoticed, especially getting Ryan Tepera and Craig Kimbrel from their crosstown rivals in separate trades. The loss of Nick Madrigal in the Kimbrel trade could hurt the Sox in the long term, but they decided to go for it and try to win the World Series, which is better than what the Cubs can say right now.

The Race to the Bottom:;The five teams that have the best chance at drafting Elijah Green, the best prospect since Bryce Harper came out of the College of Southern Nevada

Neither of these teams has been in the bottom five while I have done these rankings, but they were big losers at the trade deadline for different reasons. Trevor Story is likely leaving the Rockies for greener pastures, and interim GM Bill Schmidt chose to hold on to Story, deeming that the potential trade packages are not as good as the draft pick compensation that they could get. Jon Gray is another player that is heading towards free agency, but the Rockies opted to keep him despite the reported interest from teams such as the Padres. This group of Rockies players isn’t going anywhere near the postseason, and the Rockies shot themselves in the foot by not capitalizing on valuable rentals.

Meanwhile, the Cubs did cash in, trading Craig Kimbrel, Ryan Tepera, Javy Baez, Anthony Rizzo, and Kris Bryant away for prospects and young players with control. However, the Cubs are a big market team that theoretically should be able to afford contract extensions for Baez, Rizzo, and Bryant, or at least two of the three. Kimbrel and Tepera were hired hands, but the other three were with the Cubs for their most successful era of baseball in a century, and they chose to deal them away. Long term that decision could pay off for the Cubs, but it is a gut punch to their fans to trade those cornerstones. It makes sense to do so, but it was neither an easy nor popular decision, which is what makes the Cubs losers here.

The Diamondbacks are bad and needed to trade away players on their big league roster to try to salvage this season and add talent to the farm. With that being said, they missed a major opportunity at the deadline, only trading away Eduardo Escobar, and holding onto pending free agent Asdrubal Cabrera, a switch-hitter who could provide veteran leadership and championship experience. I’m sure that no one in their front office could have seen Arizona being this bad (I don’t think anyone did) but at the very least trade away the players on expiring contracts to get some value.

The rebuild is underway in the nation’s capital, as the Nationals traded away Max Scherzer and Trea Turner to the Dodgers, Yan Gomes and Josh Harrison to the Athletics, Kyle Schwarber to the Red Sox, Jon Lester to the Cardinals, Daniel Hudson to the Padres, and Brad Hand to the Blue Jays. The window was closing for the Nats, so kudos to GM Mike Rizzo for going all-in on rebuilding the Nationals when they could have stuck it out in a weak NL East. It’s time to look to the future and trust the process.

The team formerly known as the Bomba Squad continued their purge, trading away Jose Berrios to the Toronto Blue Jays and J.A. Happ to the Cardinals. What confused me was the Twins keeping Andrelton Simmons, considering that he is a player on an expiring contract and there was interest in him around the league. This season, Simmons has 7 Defensive Runs Saved (T-7th in the majors, T-2nd among shortstops) and 15 Outs Above Average, second in the majors. While Simmons has a below-average bat, his fielding ability is elite and the Twins should have cashed in.

Adam Frazier had just over a year left of control and was probably never going to have a higher trade value, which is why I think the Pirates did well in trading him to the Padres. It may hurt the Bucs in the short term, but they do have a bright future with potential cornerstone players in Ke’Bryan Hayes and Bryan Reynolds. Another good deadline trade for Pittsburgh was the Richard Rodriguez trade to Atlanta, sending a reliever with control away for prospects. I also believe Rodriguez’s value was at its highest at the deadline, making this a shrewd move for Ben Cherington.

The rebuild has started in Texas. The slugger Joey Gallo is gone (along with Joely Rodriguez) to the New York Yankees in exchange for prospects. Staff ace Kyle Gibson is gone, as is closer Ian Kennedy, as both were traded to the Philadelphia Phillies for prospects, including one of the Phillies’ top pitching prospects in Spencer Howard. All eyes are on the future in the Lone Star State, with the potential for one of their top prospects in Josh Jung to make his major league debut at some point during the stretch run. 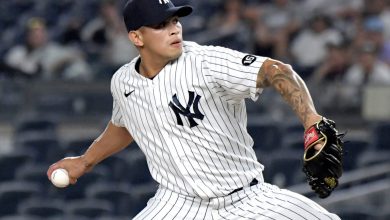 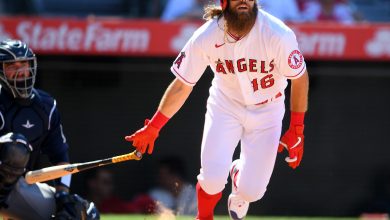 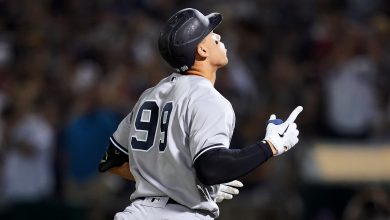