At the trade deadline, the New York Yankees made a flurry of moves, boosting the offense and pitching staff in different ways. Obviously, the big names acquired are Anthony Rizzo and Joey Gallo, but we know what we’re getting from the both of them. The more interesting names to me are the arms: Clay Holmes, Joely Rodriguez, and Andrew Heaney. Holmes and Rodriguez are both relievers, profiling as groundball-inducing pitchers, whereas Heaney has been a starter with the Angels and finds himself in that role now due to COVID-19 and unexpected injuries. None of the three have had tons of success in the past, but clearly the Yankees saw a reason to go out and get them. Let’s try to find those reasons below, starting with Holmes and Rodriguez.

One of the first things any analyst would notice about Holmes and Rodriguez is their extremely high groundball percentages, as seen below. Ending up in a similar cluster as Jonathan Loaisiga can’t hurt, and as seen from the y-axis, the both of them have been getting unlucky in their actual results, as their xERA is much lower than their actual ERA.

Focusing on Holmes here, one of the main concerns with him was an absurd walk rate, sitting at 14.5% for his career (MLB average is around 8.4%). Yet, in his first four appearances with the Yankees he hasn’t walked a single batter in 4.2 innings. Sample size? Well, yes, but it’s encouraging nonetheless. He’s posted a 1.88 FIP in these appearances, along with a 1.83 SIERA. For the season, he’s thrown his sinker around 52% of the time. In his first four appearances, his sinker usage has been 75%, 80%, 50%, and 90%, in order. Whether this is the result of a substantial change or just variance will be worth finding out as Holmes’ innings count increases in his time with the Yankees.

Additionally, he does a great job of managing contact, as shown by his 93rd percentile Barrel Rate. He’s pounding the zone more than ever, which his career-high First Pitch Strike rate (59.3%) supports, and has increased his fastball, or sinker, velocity along with it, sitting at 95.7 mph now. This only increases its effectiveness, which helps how his slider plays off it.

As seen above, Holmes’ slider peppers the low, glove-side corner most of the time, whereas his sinker usually sits middle-low. The two naturally play off each other, as the sinker gets 14.8 inches of arm-side run compared to the slider which only gets 2.6 inches of horizontal movement. Holmes then uses his curveball as his third offering, which gets 4.3 inches more than MLB average in vertical drop. All three pitches exemplify how Holmes has really good “stuff,” and it’s more about putting it together and limiting walks than finding new pitches for him. No one to trust more for that then Matt Blake, who has already worked wonders with Jameson Taillon and others.

The Yankees’ second reliever added at the deadline, Joely Rodriguez, has some similar traits to Holmes. As seen in the graph above, he’s a heavy groundball pitcher along with Holmes, and has a massive gap between his ERA and xERA, indicating some variance should go his way soon. He holds an elite chase rate, sitting at 35.5% for the year, good for the 97th percentile league-wide. Like Holmes, he has a two-pitch offering made of his sinker and changeup that play off each other quite well.

The changeup he throws has 35.2 inches of drop, compared to just 25.5 inches from the sinker. Coming in, the change will look awfully similar to the sinker, but the extra drop and decrease in velocity generates great deception, leading to just a .227 wOBA against it this year. Naturally, the Yankees seem to have identified this as well, as his changeup usage rose to 41.7% in his last outing, compared to 20% the outing before his last. Just like Holmes, his pitch mix is worth watching to see how the Yankees tinker with it, but expect a lot of changeups, and a lot of sinkers from him. And just to throw this out there, because you know, hope, Baseball Savant has Sandy Alcantara listed as a similar pitcher to Rodriguez! Surely everyone has become familiar with Alcantara’s success this year, and if Rodriguez comes anywhere near that, that’ll play.

Something we can point to with the changeup as a reason for success is the high spin efficiency it has, converting 97% of its raw spin into “active” spin, which contributes to movement. The MLB average for spin efficiency on changeups in 2020 was only 89.3%, which Rodriguez is well above. Rodriguez’s release point is also extremely tight, preventing any pitch tipping, as seen below.

The tools for deception are clearly there, and his peripherals back up what we’ve seen. Now for Rodriguez, it’s about getting his HR/FB% closer to league average, as he’s at 15% for the year and some BABIP luck, as he’s at a high mark of .341 for the year. Last note on Rodriguez, he’s started to reduce hard contact, seen in the Savant graph below.

There’s a lot to like in his profile, and the Yankees just have to make a few adjustments, whether it’s an increase in the changeup usage, or whether it’s letting his bad luck balance out over a larger sample.

One of the stark differences between Andrew Heaney compared to Rodriguez and Holmes is the remaining club control. Holmes is under control until 2024 at minimum, and Rodriguez until 2022. Heaney, on the other hand, is a free agent after this season. This does make me a little curious as to why he was acquired, as maybe it was to just eat innings as opposed to being a reclamation project for the Yankees, like Holmes and Rodriguez.

In all honesty, Heaney doesn’t excite me too much. There were major concerns of how his profile of letting up a lot of fly balls and homers (17.4 HR/FB%) would fit in Yankee Stadium, and his first start proved those concerns to be valid, letting up 4 solo home runs. He does have a 3.74 SIERA and better expected stats than his actual, but it’s possible his peripherals will always outperform his resultant stats due to the environment he plays in. His four-seam, which he throws around 60% of the time, catches way too much of the plate and is really easy to square up, playing a part in his 12th percentile Barrel Rate this year.

However, there are some positives to take away. He does have great spin efficiency on his changeup and fastball, 100% and 99%, respectively. He also gets a lot of swings and misses out of the zone, but this alone isn’t enough to deem him a good pitcher yet. I’d expect the Yankees to try to get him to throw more changeups and breaking balls as opposed to primarily fastballs, especially if he can fix his release point. He often telegraphs when he’s throwing offspeed and breaking pitches, seen in the higher release point below.

I truly don’t know if this is something the Yankees can fix in such a short amount of time, but it’s worth trying. Fixing this would increase the effectiveness of all three of his offerings, and he’s due for some BABIP luck to go his way as well. Getting the ball out of the zone would be key, and a change in pitch mix is probably coming for Heaney. Hopefully that brings some success to a rotation that’s looking for just about anyone to give them quality innings right now.

All three additions offer promise to the Yankees, and look for the pitching coach Matt Blake and company to get more out of them than we’ve seen in the past.

(All stats are of August 5th.) 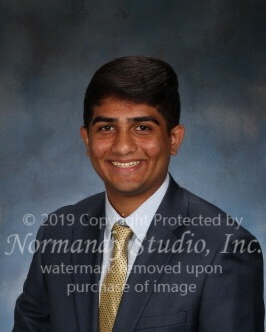 Heavily invested in sports analytics and a whole lot of other things. Yankees fan, Jazz Chisholm stan, and a statistical man. Follow me on Twitter: @ajaypatell8