According to The Athletic’s Ken Rosenthal, Rob Manfred and Major League Baseball are looking to expand the postseason to 14 teams in the next collective bargaining agreement.

Of course, this is nothing new. The first we heard about this was in early 2020, when there were talks about expanding the postseason with some quirks. Then, during the infamous negotiations between the owners and players’ union for a 2020 season proposal, the 16-team postseason was in discussion, then hours before Opening Day, the two sides had agreed to implement the big dance with 53.3 percent of the league. Nowadays, the expanded postseason is being used as a bargaining chip in negotiations for the upcoming Collective Bargaining Agreement, which is a separate topic for another day.

In a sport that is already prone to many upsets or close calls for upsets (the Mariners won 116 games in 2001 and just have an ALCS appearance to show for it), the possibilities for wild moments increase by that much with extra teams. That also means, with additional teams, there becomes a responsibility to make sure that winning the division or having the best record in baseball has its advantages. The 16-team postseason fails to do that, along with the increased chance that a sub-.500 team makes the dance. Any format that requires a bye does that.

However, with the way baseball is currently structured, there are certainly valid reasons why the postseason shouldn’t be expanded. It may devalue a 162-game regular season by rewarding mediocrity, and in that same argument, give 29 of 30 MLB owners extra reasons to not want to cross that luxury tax number (albeit it may push the middle team — the Cleveland Guardians — to spend more). More teams in the postseason creates more revenue you say? That’s probably why it’s being pushed for so hard by owners, despite fan opposition. Unfortunately, the same reasons against the expanded postseason are the same reasons, like it or not, why they will inevitably be around.

But there is still time to propose a system that enhances those positives while limiting the negatives. With that, it’s time to create the best MLB postseason for the future.

As of now, the discussions are a 14-team postseason, where the best team gets a bye into the League Division Series and the remaining six teams play in a best-of-three wild card round. While this is okay, this only benefits the best team in each league (and a potential weak third division winner). Even with three-game series, there is too much of an opportunity for all of the top seeds to be wiped out in the Wild Card. The last thing baseball needs is the increased chance for the best team in the league to get to face two of the three worst teams in their league on their way to the World Series.

To prevent this, there must be some incentive for at least one of the other division winners. The best way to do that is to add another round…

In this format, the three division winners and four best wild card teams in each league still make the dance, but just the two best division winners and the best remaining team, regardless of division win, get a bye to the League Division Series. The reason for this is to disincentivize a team that wins a weak division, like (presumably) the 2021 National League East. While this hypothetical division winner would get one of the top two seeds in the play-in round, they would likely not get that much of an advantage further into the postseason.

As insinuated, the two remaining teams’ jobs are not done…

The two remaining teams from the play-in round would face in the Wild Card round. This would be a best-of-three two-game series where the better seed would start with a 1-0 lead. If they win just one of the games, they will move on to the League Division Series, otherwise, the worse team will have to win BOTH games to move on.

Between the two rounds, there would only be a day off between the final day of the regular season and the first play-in games, with a day off after the final wild-card game. This would be a four-to-five-day process, or five-to-six if the two leagues have a staggered schedule.

In the case of a 32-team expansion that requires a fourth division in each league, a tie for the third seed between two division winners would require a tiebreaker game.

Division Series/Remainder of the Postseason

Before the division series starts, all the remaining teams will re-seed one more time by regular-season record. This means that there could be a scenario where a wild card team has the second seed if TWO division winners reside in a bad division (think about the 2015 postseason, where the three best teams by record were all in the NL Central).

After the re-seeding, the remaining eight-team postseason would proceed as normal, with the two remaining teams in each league playing in the Fall Classic for…well, a piece of metal (you’re not living that down, Rob).

The following graphic shows the process of the first two rounds of this postseason format with each team that would be eligible as of Monday, August 9. Teams that advance according to this are randomized.

This postseason format has a lot of moving parts that may not be desirable. Understandable. However, I firmly believe that the best expanded postseason gives the best teams in each league an advantage while giving some advantage for the division winners and creating a tougher road for wild card teams. This format that I have proposed will do just that, and in the process, will continue to promote building the best team possible for success, create extra fan energy, and yes, creating the intended extra revenue.

But if that doesn’t work, there’s always this wild format that I came up with at 2 am a year ago!

This article was originally seen in the August 13 edition of the IBWAA Here’s The Pitch newsletter.

Follow Payton Ellison on Twitter. All he wants is the Mariners to make the postseason this year! 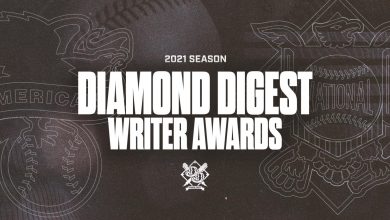 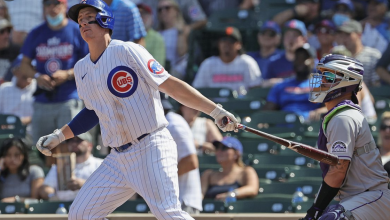 2021 Down Ballot Battles: NL Rookie of the Year

Payton Malloy Ellison is a current Journalism senior at SUNY New Paltz with goals of becoming a sports journalist and broadcaster. He has been writing semi-professionally about sports for four years, starting with monthly coverage for the NBA and Major League Baseball on Grrindtime. Recently, he has written and edited articles produced live content and assisted in growing the brand of Diamond Digest. When it comes to broadcasting, he is the sports director for the New Paltz campus radio station, WFNP The Edge, and provides play-by-play and color commentary for SUNY New Paltz basketball.
Find Us on Social Media
Popular Articles
Facebook Twitter WhatsApp Telegram
Back to top button
Close
Recent Posts
Meta
Meet the Team
Close
Close
Log In