All stats are updated before gameplay on September 19th

When the Red Sox acquired Kyle Schwarber at this year’s trade deadline, the general idea was that they were simply adding another bat to an already great lineup. At the time Schwarber debuted for Boston, the Sox ranked 3rd in the majors in batting average (.258), 4th in slugging percentage (.437), and 9th in wRC+ (102). However, there was one glaring issue that Schwarber has made a thing of the past; their ability to take walks.

While walking just seems like putting a runner on first base, there is a strong correlation between higher walk rates and team success. Throughout the 2021 season, 13 of the 14 teams with the highest walk rates are above .500, with seven of the top 10 teams currently holding playoff spots. Meanwhile, only six of the top 10 teams in batting average are above .500. Walking correlates more with winning than hitting for average, and the Red Sox were proving themselves as an outlier before Schwarber.

As of August 12, the day before Schwarber suited up for the Red Sox for the first time, Boston had a 7.8% walk rate, tied for 6th lowest in the majors. It just didn’t seem like walks were a priority for them, as their 49.2% swing rate on August 12th was the second-highest in the majors.

The Red Sox simultaneously always swung at high rates in any given scenario before Schwarber arrived, swinging at 37.4% of pitches out of the zone while in a three-ball count, a whopping three percentage points above league average. This ranked tied for 5th highest rate in the majors and was tied for the highest rate among contending teams. That is an alarming amount of walks being taken off the board for a brief moment.

The same story applied for two-strike counts, as the Red Sox 43.3% swing rate on two-strike pitches out of the zone led the majors. While it’s understandable how difficult it is to know the difference between a ball and a strike at the plate, it’s fair to expect better when every other team is swinging less.

But then, Schwarber emerged.

Plenty of other players have increased their walk rates substantially after Schwarber started playing. The player with the highest increase has been Bobby Dalbec, who has an AL-leading .498 wOBA over this time. Another player who has shown a different approach has been Rafael Devers. His chase rate has gone down four percent from 33.7% to 29.4%. This is a much larger difference than it seems considering the sample size being close to a full season.

The aforementioned swing numbers have also gone down. Their 47.9% Swing% since August 13 ranks 17th in the majors, and it’s practically at the 47.89% league average. They’ve also cut their swing percentage down on two-strike pitches out of the zone to 39%, putting them below league average.

This change in approach came at a very important time for the Red Sox, as a large portion of their roster tested positive for COVID in late August and early September. In these challenging times for the team, the Red Sox offense was able to stay afloat thanks in part to their 9.1% walk rate and .337 OBP, both top 10 in the majors. Not bad when the offense is missing pieces like Kiké Hernandez and Xander Bogaerts.

While walks only make up a small part of a team’s overall offensive prowess, this stretch has changed the Red Sox offense for the better. Before August 13th, the Red Sox had been scoring 4.92 runs per game. Although this is a strong number, it pails in comparison to the 5.81 runs per game they’ve scored in the Schwarber era. Their team wRC+ has also gone from 102 to 122, tied for 2nd best in the majors.

Very rarely do you see a single player change the entire dynamic of an offense, but Kyle Schwarber has done exactly that for the Red Sox. A large reason why the Red Sox didn’t continue to become a sinking ship in August is because of Schwarber and the rest of the offense’s contributions. Schwarber has an $11M mutual option at the end of this year. If that isn’t picked up, Schwarber will become a free agent again. Regardless of what happens, the Red Sox should go into the offseason understanding what Kyle Schwarber did for the team this year. 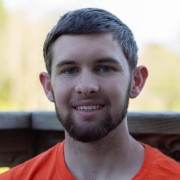 Daniel Curren is a junior studying communication/sports journalism at Springfield College in Massachusetts. He is a rare but proud Red Sox fan from New York and has a passion for all things sabermetrics. He also co-hosts Above Replacement Radio on Apple Podcasts, Spotify, and YouTube. Daniel Curren is a junior studying communication/sports journalism at Springfield College in Massachusetts. He is a rare but proud Red Sox fan from New York and has a passion for all things sabermetrics. He also co-hosts Above Replacement Radio on Apple Podcasts, Spotify, and YouTube.
Find Us on Social Media
Popular Articles
Facebook Twitter WhatsApp Telegram
Back to top button
Close
Recent Posts
Meta
Meet the Team
Close
Close
Log In