Logan Webb is a name that has suddenly bursted onto the scene since his postseason debut this past week against the Dodgers. Giants fans everywhere know who he is, but nobody else seemed to know at all, allow me to inform you about the absolute stud that is Logan T. Webb before the biggest start of his career tonight.

Logan Webb was drafted out of Rocklin High School in California in 2014. The Giants took him in the 4th round, where he signed with the team instead of attending Cal Poly. He spent 5 years in the minors until he broke into the majors in 2019. He debuted at 22 years old against Arizona where he pitched 5 innings allowing only 1 earned run and striking out 7. Things looked very promising in his first taste of the majors. However, things got a bit bumpy after that, as for the rest of the 2019 season Webb had a 5.22 ERA, 81 ERA+, and 4.12 FIP in only 39.2 inning pitched. Things didn’t look all that much better in a pandemic shortened 2020 season as he posted a 5.47 ERA, 78 ERA+, and 4.17 FIP in 54.1 innings pitched. He was a young pitcher struggling to find control with a struggling team, not an unusual narrative to hear. One thing was clear though, Webb had the stuff to succeed at the major league level. He had a nasty sinker and a wicked slider that could get him strikeouts, he was just far too erratic to use these pitches effectively. All of this took a turn for the best in 2021.

It all started in Spring Training, where Webb looked amazing. In 17 Spring Training innings, Webb struck out 22 batters only allowing 1 run. He was also throwing an elite 90% of his pitches for strikes, seemingly finding his control for the first time in his young career. With a fantastic spring, Webb would get a spot in the Giants rotation that was starting to look a bit crowded. Webb was seen as an option to be used out of the bullpen, but his spring was just far too dominant to leave him out of the rotation. He did get off to a bit of a rough start in 2021, his first 9 appearances on the year were not exactly stellar. He had a 4.09 ERA and 3.58 FIP during that time, which isn’t bad, just not amazing given how awesome he was during Spring Training. His next start after those first 9 appearances however, is where things started to turn around. Webb had a great start against the Dodgers where he went 5 innings, allowing 1 earned run, and struck out 7. Things were really looking up for Webby, unfortunately he did find himself on the IL with a shoulder strain that kept him out for a little over a month. After his IL stint however, he came back with a vengeance. From July 9th on, Webb started 17 games and here is what it looked like: The Giants went 15-2 in his starts, his personal record was 7-0. He had a 2.63 ERA and a 2.43 FIP, and he stuck out 104 batters in 99.1 innings pitched. He threw 67% of his pitches for strikes compared to 62% before the IL stint. He finally looked to have his stuff under control, and it had Giants fans beyond excited. Then he got the start in Game 1 of the NLDS, and that’s where the world would get to really see a 24 year old kid from Rocklin shove.

Here are some of his percentile rankings per Baseball Savant: 84th in xwOBA, 84th in xERA, 86 xSLG, 84th Barrel%, 69th K%, 83rd BB%, 70th Whiff%, 91st Chase Rate. His chase rate was 91st percentile in all of baseball, which just speaks to the insane nature of his stuff. If you have the time to dig around his Baseball Savant a little, I promise you will not be disappointed. Going a little bit more in depth with his specific pitches, this is what you will find: Webb has an arsenal of 5 pitches, mainly relying on his sinker, slider, and changeup. You will see him also throw a 4-seam fastball a few times a game and an occasional cutter if you’re lucky. He throws that nasty sinker at a 37.7% rate of all of his pitches, while his slider comes in at 27.7%, and the changeup comes in at 23.6%. Those three pitches make up 89% of his total pitches, and all three have some pretty hefty movement. Let’s start with the sinker. Webb’s sinker is one of the best in baseball, he is 3rd in the league in vertical movement vs average, which would explain why his run value for his sinker is -13, good for 7th best among sinkers in baseball. His slider is a fantastic pitch to pair with this sinker as it was his put away pitch in most cases. His slider had a run value of -9, and had a 47.6% K%. He was able to get lots of strikes with both of these pitches consistently. His changeup was a great compliment to those other pitches as well, as it also had a negative run value sitting at -2 and a solid 29.3% whiff%.

That is just a little bit of a deeper dive into his stuff so all the non-Giant fans who are following the playoffs know what to expect out of our Baby Ace. Webb has quickly become a fan favorite as well as a personal favorite of mine. I need to get an orange 62 as soon as possible so if anyone reading this knows how I can somehow get a Webby autographed jersey that would be awesome. Webb is looking to be the Giants ace for years to come, and I could not be more excited to watch him every step along the way. 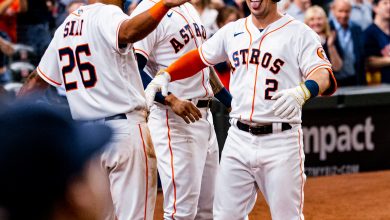 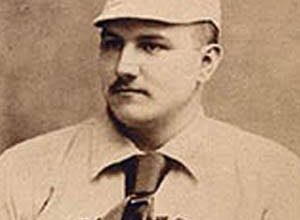 The Fascinating Career of Amos Rusie