With the Baseball Writers Association of America prepared to announce their Rookie of the Year winners tonight, we at Diamond Digest wanted to reveal our own award ballots for who we believe should be taking home some hardware in the coming days!

Below you will find the result of our team’s voting for each award using the same point system as the BBWAA. You will also find some quotes from those who voted below each section in order to get an understanding from our writers as to why they voted as they did.

Without further ado, let’s get into the awards!

Servais took a team with a -51 run differential to 90 wins and just shy of a playoff spot. It’s hard to quantify how much he contributed to those 90 wins, but he deserves credit nonetheless. Cash won more games, but with a better roster. For Hinch, this feels like a year early for his candidacy as the Tigers get ready to try to contend again.

Scott Servais nearly took a Mariners team that was expected to win 72 games to the playoffs for the first time in 20 years. He did a great job managing a bullpen that was pieced together by unproven relievers and managed the M’s to the most wins in extra innings (14) and most one run victories (33) in franchise history.

As much as I’d like to give Servais the title of MOTY, Kevin Cash won 100 games and the division title in a division that had four 90-win teams.

If you were to tell me that the Giants would finish with the best record in baseball at the beginning of the year, I’d think you were crazy. Not only did the team as a whole exceed expectations, so did Gabe Kapler, who was fired from the Phillies partly due to them not making the playoffs. You can’t discredit the work Kapler and his staff did this year to help get the best out of every player on the Giants.

Gabe Kapler turned a predicted-to-be third place in the division Giants team to a 107-win team in 2021. Although his bullpen skills seemed to have mostly been questionable at best, Kapler seemed to create a strong team chemistry that translated to on-field performance by the unsung heroes of 2021— the San Francisco Giants.

Our writers elected to give more praise to the managers with the best overall improvement based on team expectations. We will see if the BBWAA agrees with us tomorrow!

5fWAR/600 PA is a scary sight from a 20 year old playing a premium position. Wander is quickly ascending the ranks of MLB, and will soon find himself among the top ten players in baseball.

Simply put, he’s the most exciting player on this list.

Arozarena maintained the highest wRC+ (128) and fWAR (3.3) among American League rookies. Doing so over the course of what is essentially a full season of games played.

Clase had a 1.29 ERA with very good walk numbers considering the fact that he was probably the hardest throwing pitcher in baseball this year

The BBWAA award will not go to Wander Franco as he is not one of the three finalists, but we can still find out where he finished tomorrow night.

Trevor Rogers was fantastic in every statistical category, and likely would’ve been a Cy Young candidate if he had more innings. I have India ranked over Anderson because India was a plus player on both sides of the ball, while Anderson was simply an average pitcher.

India without a doubt was the best rookie in the NL this year. He helped keep the Reds in contention for a playoff spot and was great all around.

In our closest race of the eight awards, Rogers narrowly edges out India in our balloting. Will the BBWAA agree with our pick? Find out tomorrow night!

Robbie Ray was both the most consistent performer and most skilled overall, which, in the end, is why he deserves this title.

Robbie Ray went from a solid signing for the Blue Jays into one of the best pitchers in baseball in one year. He led the MLB in strikeouts and was an absolute workhorse for the Blue Jays. He was nothing short of dominant.

I feel that the narrative of the AL Cy Young race being close between Ray and Cole is false. I think Gerrit Cole was far and away the best pitcher in the AL, and should finally get the Cy Young he’s deserved for some time.

Corbin Burnes started putting up eye-popping numbers from his very first start and didn’t really stop until the season was over. As a commanding league leader in several important rate stats as well as the NL’s leader in fWAR, this is a vote that I don’t think should be all that close, even with how impressive some others on the ballot were in 2021.

Wheeler had 0.9 more WAR than any other pitcher in the major leagues this season, and the amount of innings he pitched (which led MLB) were quality.

Find out on Wednesday if our writers and the BBWAA agree on the Cy Young Award winners!

A God amongst mortals: Ohtani’s 2021 season was something out of baseball folklore. Once dubbed The Japanese Babe Ruth, Ohtani managed to live up to that name and then some. Shohei was the best hitter and the best pitcher on his team this year, and he put together one of the best seasons anyone has seen, or will ever see.

This is simple. Ohtani had a 152 wRC+ and a 158 OPS+ in 639 plate appearances. Plus a 3.18 ERA in 130.1 IP. It’s a good thing voters seem to care less and less about team record, cause Angel fans have been fighting that since Trout’s debut. Also, the people that led the Vlad for MVP charge were quieted when he didn’t make the playoffs or end up with the triple crown.

An unpopular choice here, but I think Vlad Jr is this year’s AL MVP. Ohtani had a great year both offensively and as a pitcher. However, Vladdy was just incredible offensively. He put up an fWAR of 6.7 practically just based off his offensive season. He had a wRC+ of 166 and in a full 162 game season that is really really impressive. After a down year in 2020, Vlad broke out in 21 and should be the MVP.

As you can see, we have Ohtani getting the overwhelming MVP vote. Let’s see if the BBWAA agrees on Thursday!

Bryce Harper more than proved himself this year, amassing 6.6 fWAR, an OBP of over .400, and a career-high 170 wRC+ in 141 games this year. Harper had a career great year in which not many experts predicted for him to produce an MVP-caliber season.

Harper put together a monstrous season and narrowly edges out Turner and Soto. His 170 wRC+ and .431 wOBA led all hitters, and his 16.7% walk rate is third in baseball. It is tough to live up to the hype he had coming into the league but Bryce is undoubtedly a superstar. Turner quietly led all position players in fWAR providing value on offense, defense and the base paths. Soto may be the best player in baseball, but Bryce was able to out slug him this year.

Juan Soto had the best BB% we’ve seen since Bonds and was walking much more than he struck out in an era where no one does that anymore. Additionally, he played much better defense than some of the other finalists, with a full 10 Outs Above Average more than Harper. The WAR difference between these players is within a margin of error, and when you look at each individual aspect of the game, Soto had the best season of the group in almost every area.

I hate to be that guy, but the award is called Most VALUABLE Player. If it was just, “who had the best season,” then I think that Harper is the right answer. Juan Soto meant more to his team than any other player in the NL this year, so he is the Most Valuable Player.

We will find out the winner of one of the tighter races this year on Thursday!

Here is the schedule this week for BBWAA awards announcements, all telecast on MLB Network at 6 pm ET:

Make sure to tune in to our Twitter for more thoughts on these award winners, and let us know if you think we got our voting right! 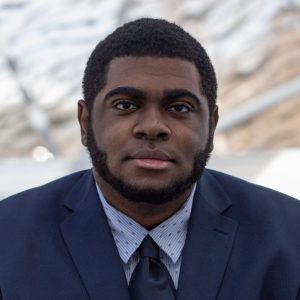