NOTE: THIS ARTICLE WAS WRITTEN BY RICH TORRES

Even though many baseball fans cling to prospect lists like they’re Gospel, most of us know that they’re far from perfect. Every new season brings us equal batches of the out-of-nowhere studs and the “can’t-miss” failures. Their distribution across the different major league franchises, however, isn’t as balanced.
The New York Yankees’ farm system, which is very good, finds itself on the more desirable end of that spectrum. In addition to the superstars that they churn out on a yearly basis (Gary Sanchez, Luis Severino, Aaron Judge, Gleyber Torres, just to name a few), Brian Cashman’s staff also does a superb job of turning seemingly worthless pebbles into precious pieces of diamond and gold.
The most recent example of this? Nicaragua’s own Jonathan Loaisiga; or, as he’s known by many minor league teammates and Yankees fanatics, “Johnny Lasagna.”
After flaming out of the Giants’ organization after just 68 innings in 2013 due to a shoulder injury, Loaisiga was out of baseball for two full years. At this time, the Yankees decided that his arm was worth a flier, but unfortunately, Jonathan’s injury woes weren’t done tormenting him just yet. After a measly 2 ⅓ unspectacular innings in 2016, Loaisiga’s body failed him again. This time, it wasn’t a dysfunctional shoulder, but a faulty UCL which forced him to undergo Tommy John surgery. Upon his return in 2017, the Yankees cautiously permitted him to compete for roughly 32 innings — not a lot, but at least some progress, especially when you consider his 1.37 ERA across those 11 starts in rookie ball and low-A.
Even with his career back on the upswing, however, I’m pretty sure that no one expected him to be where he is right now — even himself.
After a very successful 20 innings in single-A (1.35 ERA, 1.11 FIP) and a fairly successful 6-start stint at Double-A (4.32 ERA, 3.29 FIP), the Yankees deemed him worthy of a spot-start (and a leap over Triple-A), and boy, did he make them look smart.
Over 5 innings, Loaisiga did not allow a run, making him the first Yankee pitcher *ever* to allow no earned runs and have at least 6 strikeouts in his MLB debut (as per Katie Sharp). Aside from the obvious 0 in the run column, here are the five main reasons I believe Loaisiga has a bright future in the big leagues.

As I mentioned earlier, Loaisiga has authored a successful-yet-brief career in the Yankees organization. What sticks out most of all is his ability to control the strike zone. All though he did walk 4 in his debut (more on that later) against 6 strikeouts (more on that later also), his minor league track history paints a brighter picture in that regard. In his most recent minor league stop at Double-A Trenton, Loaisiga fanned more than 11 per 9 innings versus just over 1 per 9, good for an absurd 10.67 K/BB ratio. And although he had a bit of a homer problem at Trenton, it’s the first time it has been an issue for him as a professional, and in the grand scheme of things, 1.4 HR/9 isn’t horrendous. Before we even get into his spectacular major-league debut, it’s already clear that Loaisiga has been an unknown for far too long.

What’s the best way to ensure that you don’t get unlucky on the mound? By not letting the hitters put it in play, to begin with, and Loaisiga did an outstanding job of that on Friday in the Bronx. After 91 pitches, Loaisiga walked away with a superb 17 swinging strikes. Using the relatively popular equation that says a pitcher’s “deserved” strikeout rate is equal to their swinging strike rate times two, Loaisiga “earned” a strikeout rate of 37.3% in his debut. For context, Max Scherzer leads the league with a mark of 38.8%. Yeah, having a 96.2 mph fastball, a wicked curve and a respectable changeup will do that for you. Obviously, he won’t sustain that pace (you can’t have that debut adrenaline every day!), but it’s as good of a start as anyone could ask for.

Believe it or not, but Loaisiga’s best MLB comparison actually shares a clubhouse with him. Before anyone has me guillotined for a player with 5 career innings to Luis Severino, I’ll have you know that I’m not making a direct comparison. As a matter of fact, Loaisiga is actually in better shape to kick off his career than Severino (on an unrelated note, please pull that pitchfork away from my head).
Seriously, though, although Loaisiga may never be in the same league as the Cy Young-caliber Severino (how many are?) his potentially-plus changeup will make his transition even smoother than the dominant Dominican’s. When it was all said and done on Friday night, it was indeed Loaisiga’s changeup that generated the best contact results, having induced 5 swinging strikes on only 13 pitches (38%).
When a hitter is guessing at the plate, it’s a lot harder to guess right when the odds of predicting the pitch are 33–67 than 50–50. No to mention the benefit having a changeup can have when facing a lefty-dominant lineup.

Yankee Stadium has been long-regarded as a batter’s haven because of the smaller dimensions that accurately represent the “property is expensive” theme of New York City. Many pitchers get spooked by this every year (including resident Yankee Sonny Gray) and oftentimes get scorched by the long ball. If Loaisiga was spooked, he certainly did a great job of avoiding his fears, as he didn’t allow many balls to get in the air, to begin with. Utilizing his filthy arsenal to the best of his ability, Loaisiga only permitted one fly ball across his one outing. One harmless flyout. For context, if he maintained his current 60% ground ball rate, it would easily lead the league. Again, that number is probably unsustainable, but there’s a pretty good chance Loaisiga can stay in the general grounder neighborhood of this number. Further, Johnny Lasagna only allowed 3 out of the 10 batted balls to be pulled by the batter, which means that 70% of the total batted balls weren’t hit in the most optimal direction for a hitter’s power.
This is a great start to his home run prevention efforts, but there is one more factor that one needs to consider…

5. The Pineda / Tanaka Effect
If you aren’t a Yankees fan or never had Michael Pineda or Masahiro Tanaka on your fantasy team, you probably didn’t shudder at those four words like I just did. The “P/T Effect,” as I’ll call it, for now, is essentially a death sentence to a pitcher’s elite upside, at least on a seasonal level. It also makes said pitcher incredibly inconsistent and borderline unwatchable, even for the most devoted and savviest of baseball fans. The P/T Effect also defies many conventional processes for evaluation pitcher performance, as one usually has to witness it with their eyes to get a good sense (this is one of the few cases where I’ll prop up “using your eyes and not the numbers” as it’s a special case).
In a nutshell, the P/T Effect is the most severe stubbornness to allow a walk. In many cases, both Tanaka and Pineda are famous for giving in to a hitter in a 3-ball count in order to avoid the free base. It’s a nice mentality everything — well, for a little leaguer playing against kids who can barely hit it out of the infield. When you’re playing against a bunch of jacked up men who literally get paid millions to hit a baseball, well, it’s not going to work out as well. A good pitcher doesn’t allow too many walks, but when they get behind in the count, they understand that allowing a base on balls isn’t the worst thing in the world, especially with a base open.
Although he had four walks, I was actually encouraged by Loaisiga in this regard. The young Nicaraguan produced, if any uncompetitive plate appearances with his arm, and when he fell behind in the count he still challenged hitters. Sure, this may prop your pitch count up, but I’m sure a pitcher would much rather throw 10 more pitches than allow 2 more runs, especially when they have the legendary Yankees bullpen behind them. Loaisiga has his head on straight and knows exactly what he should be doing to achieve success.
All in all, I am very impressed with Loaisiga’s season debut. Of course, it will always come with the caveat that it was only five innings and against the mediocre Rays, but pitching well against major leaguers is no easy task regardless of opposition. We will have to wait and see how Loaisiga comes along over his next few starts before making any bold conclusions, but Friday’s outing was the optimal way to get started. He had his struggles against the Mariners, but he faces a new challenge against a strong Philadelphia offense.

I am a freshman at Cleveland State University. I was born and raised in New York City, though I adopted the Rockies as my team after having a fondness for them throughout my childhood thanks to Dexter Fowler and Carlos Gonzalez. As much as Rockies fandom is painful, I love to represent the purple pinstripes! 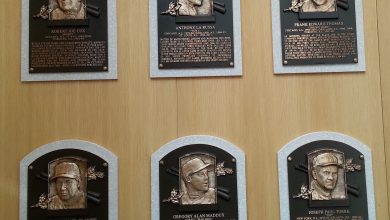 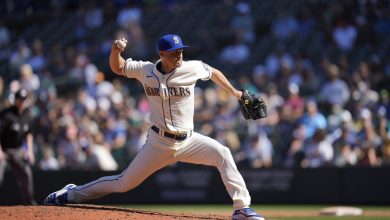 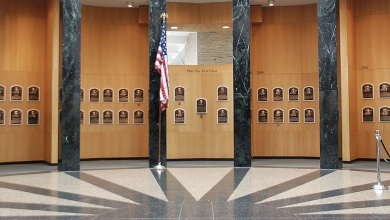 The Most Likely Hall of Famer For All 30 Teams 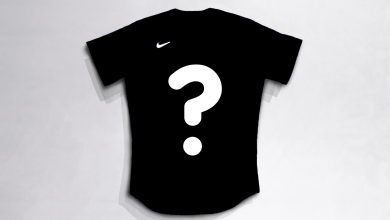 I am a freshman at Cleveland State University. I was born and raised in New York City, though I adopted the Rockies as my team after having a fondness for them throughout my childhood thanks to Dexter Fowler and Carlos Gonzalez. As much as Rockies fandom is painful, I love to represent the purple pinstripes!
Find Us on Social Media
Popular Articles
Facebook Twitter WhatsApp Telegram
Back to top button
Close
Recent Posts
Meta
Meet the Team
Close
Close
Log In