The St. Louis Cardinals finished the 2018 season 88-74, 7.5 games behind the Brewers for the NL Central and 2.5 games out of the second NL Wild Card spot. For the 3rd consecutive season, they missed out on the playoffs by a slim margin. After going on an absolute tear in late July/early August, they went ice cold down the stretch, essentially playing themselves out of a playoff spot. Despite missing postseason baseball, a lot was learned about the players this season’s roster. Here is one thing we learned about every Cardinals pitcher on this season’s roster. They’ll be listed in order of innings pitched this season. If a player is no longer on the team, I won’t be covering them. 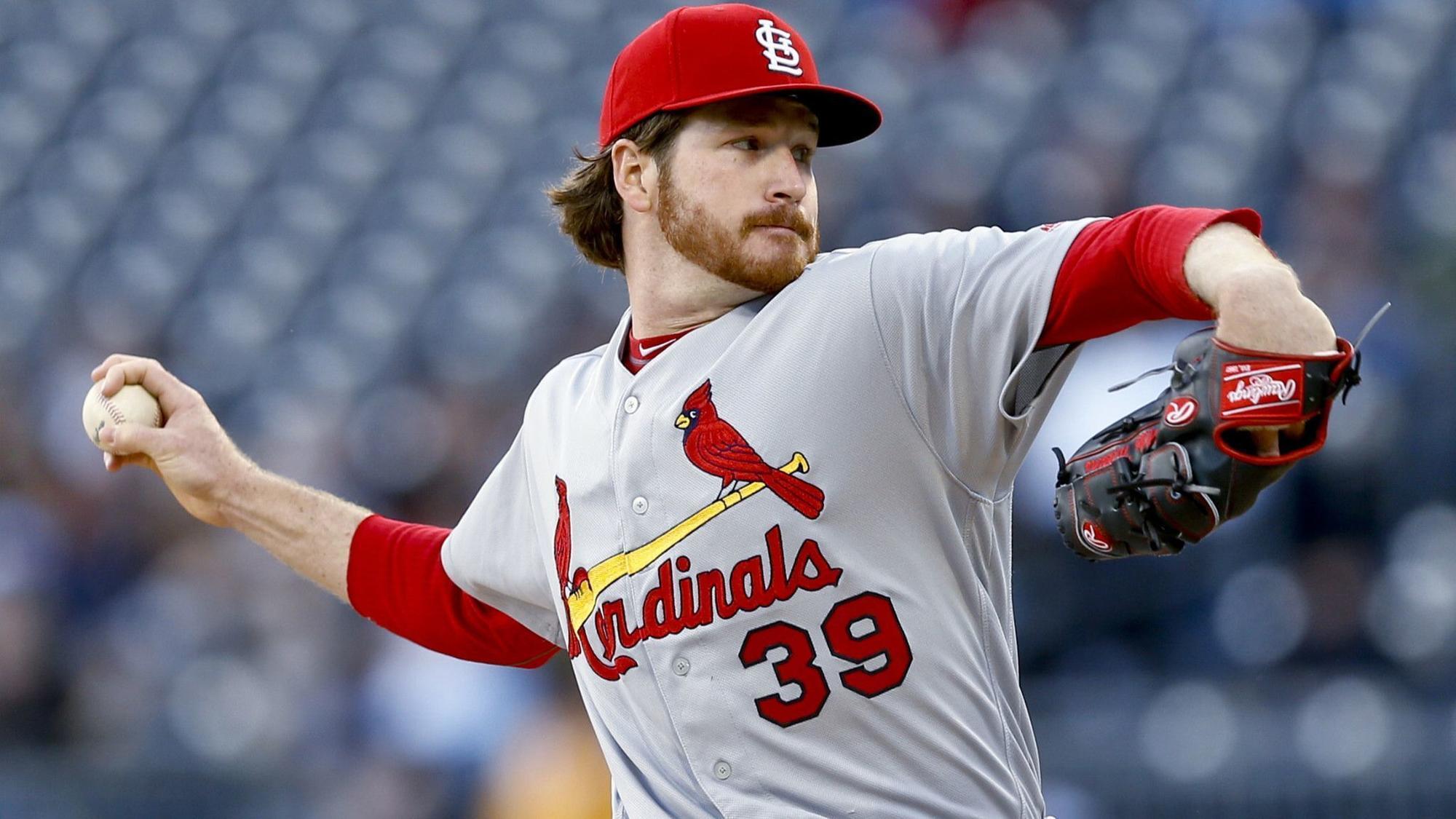 He was the steal of the offseason

Going into the 2017 offseason, all of the buzz was about Yu Darvish hitting free agency, the Royals’ core pieces moving on, and JD Martinez on the move after a 45 HR season. After the dust settled, so many contracts flopped (as of now), and the Cardinals got the steal of the offseason. In early December, the Cardinals inked The Lizard King to a modest 2 year contract worth just $15.5 million. Although Mikolas excelled in his previous 3 seasons playing professionally in Japan, it was seen as more of a depth signing to give the team flexibility in case of injury or a trade. As it turns out, Mikolas finished the season atop the rotation, posting a 2.83 ERA, 1.071 WHIP, and just 1.3 BB/9 over a full 200.2 innings pitched in 2018. After earning just $7.5 million this season, he far outperformed big name signings like Darvish and Jake Arrieta.

He is the ace of the future

Cardinals fans have had issues in the recent years with finding a bonafide ace for the rotation. Since Adam Wainwright left ace status following the 2012 season, the team hasn’t really had an anchor on the mound (outside of the half season from John Lackey). The hype started with Michael Wacha, then went to Carlos Martinez, then to Alex Reyes. Wacha has dealt with nagging stress injuries, Martinez battles inconsistency, and Reyes hasn’t been healthy and has pitched only 50 innings in his MLB career. While all of those players can rebound, I believe Jack Flaherty is the new savior on the mound. After absolutely mowing down minor league hitters in 2017 and the beginning of 2018, he finally got his chance to be in the rotation and he took advantage. He posted a 3.34 ERA, 1.106 WHIP, and an astounding 10.8 K/9 over 151 innings. Flaherty already has one of the nastiest sliders in baseball, and he will anchor the rotation along with Mikolas in 2019.

A change of scenery would benefit him 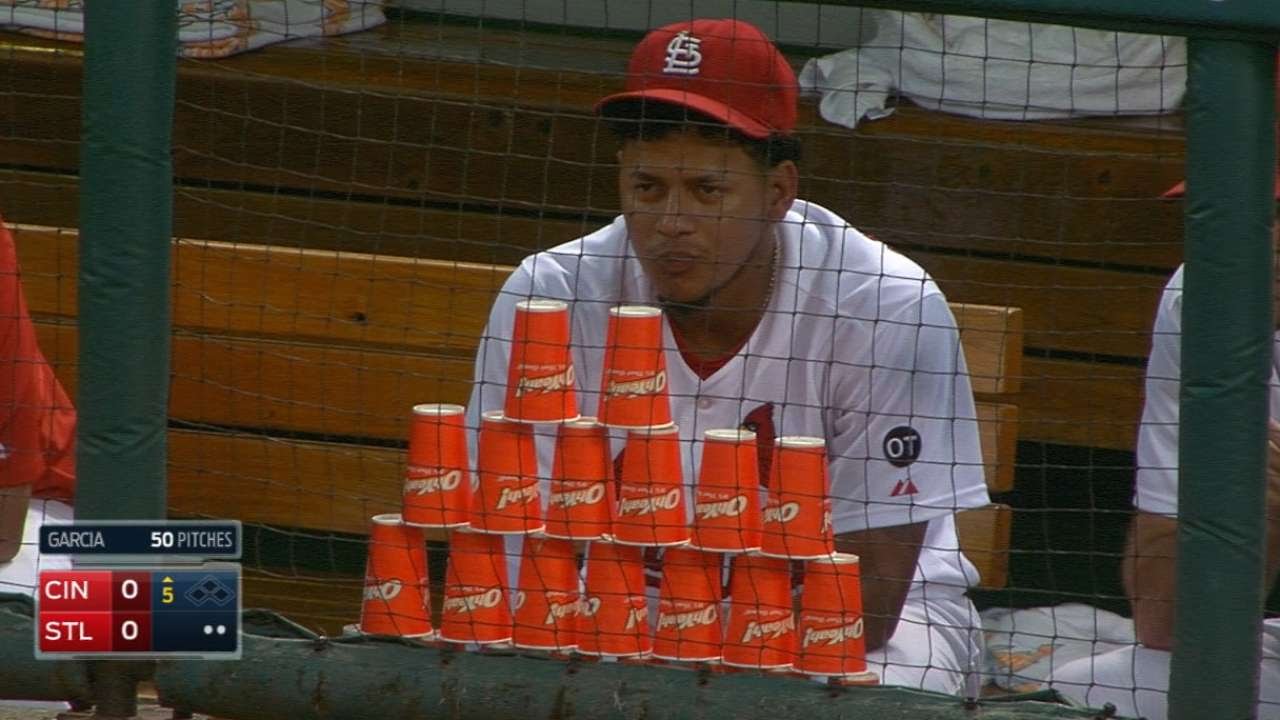 He can be a deadly weapon out of the bullpen

No, I’m not advocating that Carlos comes out of the bullpen in 2019. From 2015-2017, he averaged 193 innings pitched per season with a 3.24 ERA. Starting pitching is crucial to any winning ball club, and Carlos still has the potential to be one of the best in baseball. But when he is pitching from the bullpen, when he knows he only has to throw 1 or 2 innings that day, boy does he shine. Fans see that triple digit fastball unleashed, something that he can’t do when he starts in order to stay in games longer. In a small sample of just 18.1 innings out of the bullpen last season, he posted a 1.47 ERA with 9.3 K/9. He could be an Andrew Miller type reliever; he could give you 3 innings, or close out a game. Again, I realize that he will be in the rotation, and for good reason. It’s just that he could be just as, if not more, deadly out of the bullpen.

They deserve a shot at a full-time spot

Gant is an in-betweener when it comes to his position. He has started games, but he also has a lot of experience coming in relief. As stated before, the Cardinals have a lot of options to start games next season. I think Gant is #6 on that list. Although he won’t start, he deserves a full time bullpen spot to start the year. Over 114 innings (19 starts, 7 relief), he put up a very solid 3.47 ERA. He should be used as a long reliever/spot starter, and has earned the right to not start the season in AAA. Poncedeleon is in the same boat. He’s been mostly a starter throughout his professional career, even throwing 7 no-hit innings in his first career start in the MLB. He posted a very good 2.73 ERA in his short 33 innings last season. He also has showed he can be a solid major league arm. They both can be cost effective weapons next season in the bullpen.

He won’t get an extension following the 2019 season

I’m calling it. Wacha will enter unrestricted free agency following this season. As I said in my Trade Deadline article, I see this situation playing out very similarly to Lance Lynn last offseason. Lynn had a very good contract season in 2017 and demanded a hefty (no pun intended) contract. The Cardinals didn’t offer him what he wanted and he walked. After Wacha had another strong start to the season, he went on the DL on June 20th with a supposedly minor injury. He wouldn’t pitch again in 2018. That has been the story of his career, this season just strengthened that narrative. I don’t see any way the Cardinals give an injury prone starter the type of long-term contract Wacha will demand. Unless he can pitch at an All-Star level with no health hiccups this year, I don’t see Wacha pitching in 2020 for the Redbirds. 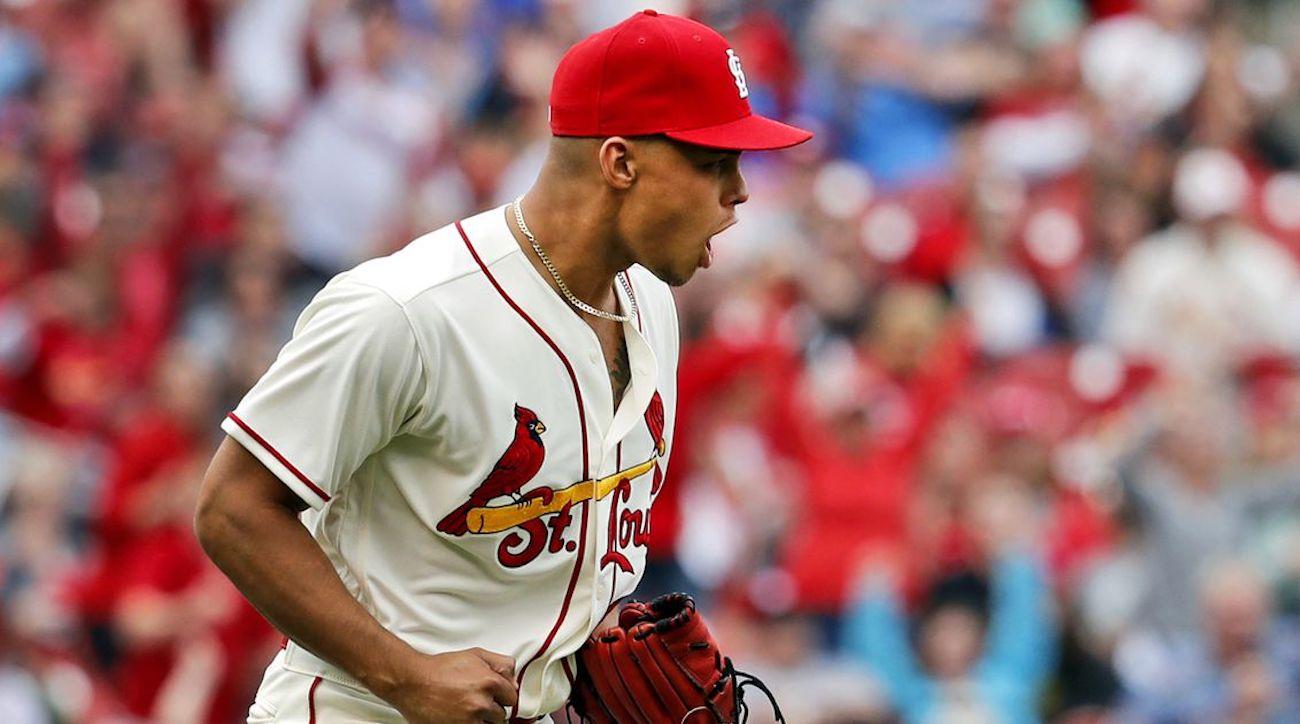 He is just a thrower right now, not a pitcher

Everybody saw Jordan Hicks‘ highlights from this season. The occasional 105 MPH fastball combined with a wicked slider. Despite everything you might’ve heard or seen about him, he really wasn’t as special as one might think in terms of results. Over 77.2 innings, he posted a 3.59 ERA, which isn’t anything to show dominance in the first place. With a FIP of 3.74, a very high BB/9 at 5.2, and only striking out 8.1 per 9 innings, he really wasn’t that great. He has all of the tools to become an elite bullpen weapon in the future. Prior to 2018, the highest level he pitched at was A+ ball. He is about as raw as they come on the mound, and he needs to work more on the pitching side of things before he can reach his full potential.

He is more effective as a starter

When the Cardinals brought up Gomber, he was mostly used as a lefty specialist in place of the failing Brett Cecil. By the end of the season, Gomber was starting games for the team. He was not particularly effective as a whole, but there were signs of life. As a starter, he posted a 4.26 ERA, which isn’t great. But he also posted a very good 8.4 K/9 when starting. Gomber has the filthiest curveball in the system, and with his big 6″ 5′ frame, that will only continue to dominate hitters. Gomber could give the Cardinals a lefty arm in the rotation that they lacked last season.

There is no need for him next year

I don’t think that really counts as something we learned, but there was nothing we didn’t already know. He was a very effective reliever to start the season and went into a tailspin with a 13.50 ERA in September. The Cardinals have no reason to retain him for 2019. He’s an aging veteran who doesn’t seem to be a very good teammate. Done deal.

Cut your loses. Pride isn’t worth letting these guys hurt the team. Take the cap hit and restock the bullpen.

Most people remember Mike Mayers’ nightmare debut. Since then, he’s revived his career as a fireballing reliever. Despite his negative WAR (not essential for a reliever), and 4.70 ERA, he still posted a very efficient season out of the ‘pen. He put up a 3.95 FIP, just 2.6 BB/9, and 8.5 K/9. Those secondary stats show he may have been more efficient than his basic stats indicated. He’s got a good repertoire of pitches and I think he could be a major factor in the 2019 bullpen.

GIVE THE MAN A CHANCE

Over the last 2 seasons, he’s only pitched 102.1 innings. In those innings, he’s posted a dominant 2.81 ERA, 9.8 K/9, and only 2.4 BB/9. He should be closer to 140 innings with those numbers. Despite this, he started last season in AAA and returned there once during the year. BREBBIA SHOULD BE CONSIDERED FOR THE CLOSER. He’s done nothing to show he isn’t a big league reliever.

After trading outfielder Randal Grichuk for Leone, there were moderate expectations for him. He had a very impressive 2017 season, and many expected him to carry over that success. When he did pitch, he was iffy. He battled injuries and only pitched 24 innings to the tune of a 4.50 ERA. The Cards shouldn’t give up on him, but he’ll have a short leash to start the season.

As I’ve already said a number of times, the Cardinals have a lot of options to start games next season on the mound. Hudson had a very successful stint in the majors last season (except one game against the Rockies). Over 27.1 innings, he posted a 2.63 ERA, without allowing a single HR. He really has nothing left to prove in the minors, but he needs to be a starting pitcher in the majors. Hudson is in a tough spot, it will be an interesting situation to keep an eye on this offseason.

Please, please let him come out of the bullpen

I don’t know if this is an “unpopular opinion” but does anyone else see the incredible potential Reyes has out of the bullpen? In his rookie season, 2016, he had a 0.52 ERA out of the bullpen over 17.1 innings! Very similar to Carlos Martinez, he can unleash his 100 MPH fastball, paired with his disgusting curveball and developing changeup. I love his potential as a starter, but given his 2 season ending injuries, I would settle for the best closer in baseball. A Hicks-Reyes 1-2 punch out of the bullpen could create one of the most lethal combinations in the sport. I said he should start the year out of the bullpen last year, and he got hurt in his very first start. Contrary to C-Mart, I am advocating Reyes pitches out of the bullpen in 2019.