The Cardinals pulled off the biggest move of the offseason (so far) by acquiring perennial MVP candidate 1st baseman, Paul Goldschmidt, from the Diamondbacks on Wednesday afternoon. This trade puts the Cardinals in a strong position to make another move prior to 2019 in order to contend with the elites of the NL. Goldschmidt was a great pickup, but what does that mean for all of the Cardinals fans hoping and praying for Bryce Harper?

The Cardinals traded for Goldschmidt knowing that he will be an unrestricted free agent following the 2019 season. Per Bob Nightengale:

The #STLCards won’t be granted a 72-hour window to sign Paul Goldschmidt to a contract extension in trade talks with the #Dbacks, , but Cards are confident that if Goldschmidt came to St. Louis, he’d fall in love with the place. The #Astros also are in play as potential suitors.

This is a big gamble on the side of St. Louis, and also sounds eerily similar to the Jason Heyward trade back in 2014. Heyward was also acquired by the Cardinals as he entered the final year of his contract, and was expected to “fall in love with the city” and want to re-sign before he reached free agency. Nope. Heyward bolted to the Cubs, accepting less money than he was offered by the Cardinals. The exact same phrases and assumptions are being made in just the couple of hours Goldy has been on the team. The Cardinals aren’t a team to trade for a player of Goldschmidt’s caliber without intentions to re-sign him. The front office is more careful than that. They aren’t willing to wreck their future in order to make one “all-in” season. Say Goldschmidt has no intentions of re-signing after the season, the Cardinals can offer him the Qualifying Offer, which he would decline, and they would receive a compensation pick in return. 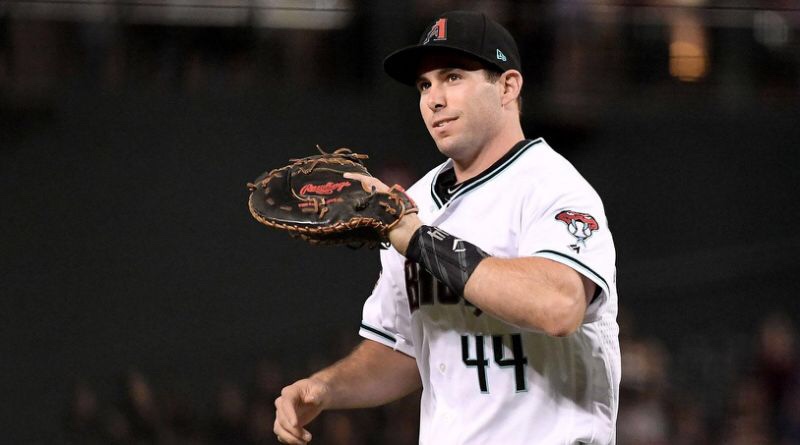 So how does this affect their pursuit of the man, the myth, the legend, Bryce Harper? Just as everything else, it’s all about the MONEY. Goldschmidt will play the 2019 season with a $14.5 million salary from his last year of arbitration. Even with this addition, the Cardinals still have around $35-40 million (after arbitration from other players) to play around with until they hit last season’s total payroll of $177 million. They still have even more room until they reach the luxury tax of $197 million. So the Cardinals would have no problem signing Harper to the mega-deal he will likely get… for year 1. In my incredibly unprofessional opinion, Goldy will likely demand a contract in the ballpark of 5 years, $125 million. That has an AAV of $25 million, a hefty sum to add to a payroll. Despite the Cardinals not having much on payroll past 2020, this front office doesn’t like to handcuff themselves with multiple substantial contacts. The financial flexibility is a big part as to why the organization seemingly never needs to rebuild.

If the Cardinals actually want to sign Harper, they know, we know, everyone knows they have to unload Dexter Fowler‘s contract. That frees up $16.5 million annually for the next 3 years, the toughest times to fit Harper’s contract in the books. Along with Fowler, as sad as it will be, Yadier Molina only has 2 years left with his $20 million annual salary. He’s stated his plans to retire following the 2020 season when his contract is up, freeing up even more space. By 2021, the only contracts the Cardinals have (as of now) are Kolten Wong ($12.5 mill team option), Carlos Martinez ($11.7 mill), Paul DeJong ($4.17 mill), and Fowler ($16.5 mill). This leaves boatloads of money lying around for Goldy and Harper, while still retaining key pieces with arbitration and pre-arbitration contracts. The Cardinals have always had the young talent of players in the arbitration and pre-arbitration stages contribute in big ways. Their ability to draft, sign, and develop young talent is the reason they never seem to “rebuild”, as they constantly have quality players coming up and contributing to the major league team. Adding two bonafide superstars in Goldschmidt and Harper to the mix with those younger players will definitely help the cause, to say the least.

Money is only part of the equation, however, as Harper also has to want to come to St. Louis. In this sense, acquiring Goldschmidt only helped their cause. If you’re Harper, you see one of the most well-respected organizations in baseball just make a trade to acquire one of the elite players in the game. A team that hasn’t had to rebuild in years just vaulted themselves into the conversation with the NL’s elites. The team has financial flexibility to sign you and continue to build around you for the future. The fans in St. Louis love their superstar players, and Harper would be no exception. 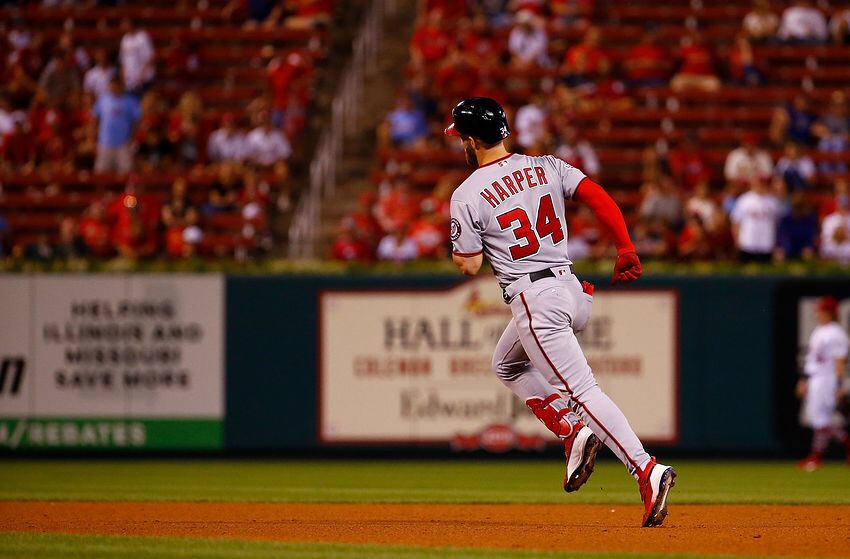 Harper will be hungry for 2 things: MONEY and SUCCESS. He never won a playoff series in Washington, so the success factor may weigh more on his decision than many people believe. There aren’t many teams in baseball that can offer both of those factors to the extent that the Cardinals can.

Despite award winning artist (and diehard Cardinals fan) Nelly’s recruitment video with Harper, there is little indication in any direction for Harper signing.

Even after acquiring Goldschmidt, this should NOT take the Cardinals out of the Harper sweepstakes. Despite the reports from multiple sources, I do not believe the Cardinals are giving up on Harper. The front office knows they need more to compete. Harper is that more.

Any comments or questions? Ask me on Twitter: @reed_zahradnik5