The Tampa Bay Rays have had a quiet offseason. Their offseason has consisted of: attempting to get a new stadium constructed, Tommy Pham saying the fan base doesn’t show up, and Blake Snell winning the AL Cy Young Award. The team is the third-best team in their division and are coming off a season where they went 90-72. They are ready to make the postseason in 2019 and here is why.

Always Have An Ace Up Their Sleeve

Whether you want to admit it or not, there always seems to be a budding young starter in Tampa, whether it be David Price, James Shields, Nathan Eovaldi, Chris Archer, or Blake Snell. Even though management has moved on from big-name pitchers, this year the team made some upgrades. Pairing with the reigning AL Cy Young Award winner is Charlie Morton. Morton is coming off a 15-3 campaign with 201 strikeouts in 167 innings so the Rays are ready to build up a solid rotation.

They also aren’t afraid to be different than most of the league, being one of the first teams to buy into the “opener” philosophy. With the ability to rest their bullpen with Snell & Morton leading the rotation, the Rays could continue to play the matchups and build on their bullpen strength.

No matter your opinion on Tropicana Field, the Rays make sure to leave with a bevy of victories. In 2018, the Rays finished 51-30, which was tied for the third-best mark in the MLB. To give some framework behind the significance, Rays were the only team inside the top nine best home records to miss the playoffs.

The Rays have a core that can cause trouble to opposingteams. Tommy Pham is in Tampa for the entire 2019 campaign, Joe Wendle is inhis second season after opening some eyes in his rookie year, Kevin Kiermaierlocks it down in center field on the defensive side, and Matt Duffy is comingoff of his best season in his young career. The Tampa fans have proven if theRays prove they can contend, they will show up and after a 2018 where peoplesaw Tampa in the basement of the AL East, the Rays emerged with only one lesswin than the Cleveland Indians, and the same record as the Atlanta Braves. Beon the lookout for the Rays to make some noise in 2019. 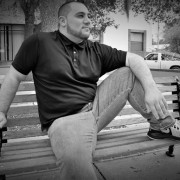