The Padres entered this offseason in a precarious position. During the current rebuild, they have added major league pieces, namely Eric Hosmer during the previous offseason. Yet, they are still awaiting the arrival of top prospect Fernando Tatis Jr. to contend for a World Series title. Because of this, they are not expected to be a winning club until 2020 at the earliest. Nonetheless, they need to prepare to compete sooner rather than later in order to maximize their competitive window with Tatis Jr. and their other prospects in the fold. However, A.J. Preller and his team’s plan of how to do this remains unclear.

Notably, the Padres have entered headlines recently, although not for roster-altering purposes. For one, they announced their plan to return to their glorious brown and yellow color scheme and uniforms in 2020. They also unveiled 50th-anniversary logos, which feature an old face in the original Swingin’ Friar. Tatis Jr. made headlines with this massive walk-off bat flip. Additionally, the San Diego Union-Tribune outlined the club’s financial status here, in which the front office expresses that it is in a better position to spend (If you are interested in finance, it is a fantastic read.)

In more roster-related news, the Padres expressed interest first in Cleveland’s Corey Kluber and second in a three-way trade involving Kluber and the Cincinnati Reds, in which they do not end up with Kluber (but instead Cincinnati’s top prospect Nick Senzel to fill the hole at third base). While the trade itself is logical, it does not seem probable (as the likelihood of the Reds’ giving up Senzel is low), and it is quite disheartening after the stream of rumors has connected the Padres to Kluber outright throughout the offseason.

However, more exciting rumors have swirled recently, connecting the Padres to two of the biggest names available this offseason. They are said to be “chasing” Manny Machado due to his tepid market and their need at the hot corner. Additionally, they have “gained momentum” as a primary suitor for Marlins’ catcher J.T. Realmuto. In exchange, Padres’ top catching prospect, Francisco Mejía, has been discussed.

The Friars have also been connected to other notable names including (among others) Noah Syndergaard and Sonny Gray (who has since been traded to the Cincinnati Reds.) They have also “checked-in” on others: Mike Moustakas, Marwin González, and even Bryce Harper. Yet, they have not been able to acquire any of these names, and these rumors tell us little about the true plans Preller has in store for the team. However, they are exploring all their options for improvements, which is a very good thing.

After a long introduction into all things Padres, that’s why I’m here, to provide insight into what the roster looks like and to show a resemblance of a plan going forward. My approach to analyzing rosters is this: to look beyond players within the organization as that list will change between now and Opening Day 2019. Since the goal of the offseason (theoretically) is to improve the club to prepare for the upcoming season, it is reasonable to expect teams to fill needs and trade from depth before the season starts. Thus, in the following analysis, there will be prescribed holes in the projections since it is likely that a player from outside the organization will fill said hole. This will not be all-inclusive; teams make unpredictable moves all the time. For this reason, the analysis is also rather conservative. Following, since we are in the middle of the offseason, is a review of the moves up to this point:

There’s a lot of minor stuff and 40-man roster manipulation transactions. The major transactions include the loss of Freddy Galvis, which left a hole (at some point to be filled by Tatis Jr.) at SS; the waiver claim of Greg Garcia, a bench infielder who is out of options; the signings of SP Garrett Richards, recovering from Tommy John surgery, and 2B Ian Kinsler, a lock to be on the 25-man roster; the loss of 3B Christian Villanueva to Japan; and the trade of SP Clayton Richard, a 2018 mainstay in the rotation, to Toronto. After all that, my projected roster looks like this (NOTE: in the below diagram, projected platoon situations are noted by similarly colored cells and the WAR number is the Steamer 2019 projection from Fangraphs):

In examining the above, the Padres are actually quite set on the position player side of the roster. They remain in the market for a third baseman, as evidenced by the reported three-way Kluber trade and their connections to Machado, Moustakas, and González. A likely scenario reflected by the spreadsheet is Kinsler filling in at the keystone, with Urías at short, until Tatis Jr. is ready. Adding another utility or middle infielder would indicate that they are considering keeping Tatis Jr. in the minors for a good portion of the season, which could be the case if they want to wait until after the Super Two cutoff in mid-June to promote him in order to save service time. It would also move Kinsler to a bench role and Pirela off the roster. Regardless, after Tatis Jr. establishes himself in the majors as the starting shortstop, Urías will move back to his usual second base, and Kinsler will serve as a utility infielder, a role he is comfortable with. The current situation also opens up for playing time in the infield for Greg Garcia.

Another key issue the Padres face is the overcrowded outfield. Realistically, the following Padres have a case to be on the major-league roster: Hunter Renfroe, Manuel Margot, Wil Myers, Franchy Cordero, Franmil Reyes, and Travis Jankowski. At least one (maybe two, depending on roster construction) will have to start in the minors. Thankfully, all but Myers have options remaining, making a shuttle between Triple A El Paso and the bigs possible. Another solution could be a trade to fill other holes; as they have been active in the trade market, this may be the most likely outcome.

The pitching side of the roster is more unclear. They Padres only have three true internal candidates for the rotation that can be considered “locks:” Joey Lucchesi, Robbie Erlin, and Eric Lauer. While they have veterans in the organization who can fill the final two slots, namely Luis Perdomo and Bryan Mitchell, they will be competing with not only likely minor league veteran signees but also the many starting pitching prospects in the system. Chris Paddack (MLB Pipeline’s #5 Padres Prospects), Cal Quantrill (#11), Brett Kennedy, and others will be ready to make starts in 2019, potentially (although unlikely since there is no need to rush them for 2019) out of Spring Training. The Friars are also awaiting the return of Dinelson Lamet from Tommy John surgery at some point midseason. While many names internally could fill those last two spots, the Padres are still in the market for starting pitching to bridge the gap from Opening Day to Lamet and their other young starters.

Bullpens are the hardest to predict. In 2018, the Padres had 24 different pitchers make an appearance out of the bullpen. They currently only have 22 pitchers on their 40-man roster! Nonetheless, on Opening Day, the back-end of the bullpen should be locked down by Kirby Yates, Craig Stammen, and Matt Strahm, unless he’s a starter. Jose Castillo, Phil Maton, and Robert Stock look to get a solid amount of innings out of the bullpen too. However, the solution to the bullpen is similar to that of the rotation: it could be filled with major league veterans, minor league veterans, or prospects, depending on how Preller wants to design it.

With the offseason inching towards February, the Padres still have needs to fill. Third base, potentially another bench infielder, a couple rotation spots, and a couple bullpen spots still look up for grabs, some more than others. While the team has been connected to many free agents and trade candidates, Preller has yet to pull the trigger on a big move for 2019. Maybe that is patience, knowing the earliest they will likely compete is 2020, but maybe Preller still has a big move in the works in the form of Realmuto, Machado, or a mystery player. After all, he gave Eric Hosmer the largest dollar guarantee of the offseason in 2018. 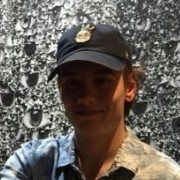