Baseball is such a weird sport sometimes. It’s not comparable to a sport such as Basketball, where if you’re a great shooter at 24, you’re likely going to remain a great shooter until you’re in your mid-30s.

There is almost a guaranteed drop-off at some point in your career, and, in the case of power pitchers like Chris Sale, the age of 30 seems to be the year that kills them.

But for Red Sox fans jumping on the “Chris Sale is washed up,” or even the “Trade Chris Sale” train: you might need to pump the brakes. This isn’t the first time in recent history you’ve seen an ace pitcher have a down season at age-30.

But what can be the cause of these struggles? Well, his command is one thing –– as his BB/9 is the worst it’s been since 2011, and his percentage of pitches in the zone is the second-lowest of his career at just 44.8%. But it also could be the fact he doesn’t exactly have the 97 MPH fastball in his back pocket that he used to have.

Sure, he showcases it at times, but the fact of the matter is, his average fastball velocity has dipped two full MPH from last season to this (from 95.7 to 93.7). Meanwhile, he’s still using it on 46.8 percent of his pitches, according to FanGraphs.

It’s something all pitchers go through. Justin Verlander had a 3.84 ERA from his age-30 season through his age-32 season. It just happens as a pitcher gets older. For Sale, this could just be a down year –– but pump the brakes on calling him washed up.

The command has always been there for Price, so he was able to re-invent himself a little easier than others could. For Sale, he’s always been rather effectively wild, so the reinventing might take some time. But for Red Sox fans, just be happy this season is happening with Sale making $15 million, instead of $30 million. 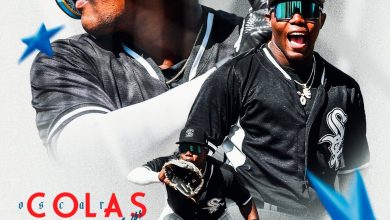