Only three teams in Major League Baseball have clinched a winning record thus far in 2019 as we near the month of September. If you’ve been following baseball this year, you’d rightfully guess that those teams are the New York Yankees, Los Angeles Dodgers, and the Houston Astros. These clubs have been head and shoulders above the rest, but as we near the postseason, it’s time to ask ourselves who the favorite should be in October.

The first thing I looked at when comparing these three clubs is their results against each other. Of course, the only downfall of this is that the Dodgers and Astros have not played each other this season. The Yankees just recently took 2 of 3 on the road against the Dodgers, going homer crazy against two of the best pitchers in baseball in Hyun-Jin Ryu and Clayton Kershaw. They might’ve swept LA if not for a controversial play in the second game of the series. The Astros already won the season series over the Yankees 4-3. Houston swept them at Minute Maid early on in the season, but every game was down to the wire. The Yankees responded in late June by taking 3 of 4 in the Bronx and missed out on a sweep due to a bad pitching performance from J.A. Happ. Overall, the Astros have a plus-two run differential in the season series, so that doesn’t help us separate these two clubs much at all. Next, we need to evaluate each club’s strengths and weaknesses.

All three teams are elite in the offensive department, but we need to separate them somehow. The Yankees lead in home runs with a total of 244, but the Dodgers and Astros don’t lack far behind with 229 and 222, respectively. The Yankees lead all of the MLB in runs scored with 777 and the Astros rank 4th with 724 while the Dodgers sit in 5th with 722. The rankings are the same for the RBIs category as New York ranks first, Houston ranks fourth, and Los Angeles ranks fifth. In power and run production, the Yankees have a distinct advantage with the Astros and Dodgers following behind, respectively. This shouldn’t be much of a surprise as the Yankees have big power guys like Aaron Judge, Edwin Encarnacion, Giancarlo Stanton, and Gary Sánchez walking around.

The Dodgers lead the clubs in walk percentage at around 10%, with the Astros close behind in second at 9.8%, and the Yankees in 10th at 9.2%. The Astros rank first in all of the MLB in strikeout rate at 18.1%, the Dodgers sit in 9th at 21.4%, and the Yankees rank 14th at 22.6%. Houston also holds the lead in team batting average at .274, a mark that ranks second in the big leagues. The Yankees sit right behind them at a .272 average while the Dodgers sit in ninth with a .258 average. The Astros lead the MLB in team OBP at .350 while the Yankees rank third at .343 and the Dodgers rank fifth with a .340 team OBP. Based on these stats, I’d certainly give the Astros the edge in contact and getting on base, while the Yankees and Dodgers finished second and third, respectively. Alex Bregman and Michael Brantley are two of the big reasons why Houston excels in this department.

None of these clubs strive on stealing bases and none of them have particularly great speed, as all three rank in the bottom half of the MLB in stolen bases. The Astros lead the clubs in this department, but it doesn’t give them much of an edge here. The notable speedster for Houston is outfielder Myles Straw, who has 7 stolen bases and is extremely fast. Overall, the Astros have a 4.2 speed rating, the Yankees have a 4.1 speed rating, and the Dodgers have a 4.0 speed rating, according to FanGraphs.

To conclude the offensive section of this comparison, we will say that the Yankees have the best offense for October, especially if guys like Giancarlo Stanton, Luke Voit, Edwin Encarnacion, and Aaron Hicks can get healthy. Combining that with guys like Aaron Judge, D.J. LeMahieu, Gleyber Torres, Gio Urshela, Gary Sánchez, and Didi Gregorius gives the Yankees a lineup that will surrender no easy outs. Despite this, no one should underestimate the Astros or Dodgers offenses as both have very complete lineups from top to bottom, but just not quite to the extent of the Yanks.

With all three clubs being very similar in terms of defensive output, it’s time to look at the starting pitching and see which team sets itself apart. Obviously, we know that it’s between the Astros and Dodgers as both clubs have rotations that the pitchers in the Bronx can’t come close to matching. The Dodgers by far have the best rotation ERA in the MLB at 3.01 and they have the lowest walks per nine rate as well. The Astros have a 3.65 rotation ERA, good for fourth best in the big leagues, but their staff relies on the swing and miss a lot more than LA, while they also issue the free pass a lot more. The Dodgers rotation surrenders 1.14 home runs per nine innings while the Astros surrender 1.50 home runs per nine. The Yankees sit in third here and will rely heavily on that high powered offense, as their rotation ranks 19th in all of the MLB in ERA at a 4.82. They are also issuing a lot of free passes and tend to give up the long ball a lot more than they’d like.

Before we make our decision, let’s look at the names that will headline these rotations in October. For Houston, it’ll be headlined by likely AL Cy Young winner Justin Verlander, All-Star Gerrit Cole, and former Cy Young winner Zack Greinke. For Los Angeles, it’ll be headlined by current MLB ERA leader Hyun-Jin Ryu, former Cy Young winner Clayton Kershaw, and young All-Star phenom Walker Buehler. For the clear cut third ranked Yankees staff, it’ll be headlined by All-Star Masahiro Tanaka, young breakout hurler Domingo Germán, and former Mariners ace James Paxton. Depending on how he returns, you could slot in flamethrowing Luis Severino in there as well. Despite the numbers pointing me towards the Dodgers, I’m going to be honest and say that the Astros have the scariest rotation heading into October.

For the last part of our comparison, we are going to look at the bullpens for these three clubs. The Yankees bullpen has a 4.01 earned run average, a 6.8 WAR, and is headed by hard throwing closer Aroldis Chapman. But let’s not avoid acknowledging Adam Ottavino (1.61 ERA), Zack Britton (2.18 ERA), and Tommy Kahnle (2.73 ERA), the three guys making up the current bridge to Chapman. You also cannot forget that Dellin Betances is expected back for the postseason, and he’s been one of the best relievers in all of baseball for years.

The Astros bullpen has been shaky in some aspects in 2019, but they have a 3.74 ERA and have the backend of the pen nailed down. Ryan Pressly, Roberto Osuna, and Will Harris are a formidable late game trio that certainly is near the top of the league. Former Cubs reliever Hector Rondon and journeyman reliever Joe Smith are both having great years in Houston. Despite all of this, the Astros need some more help from guys like Chris Devenski, who has really struggled in 2019.

The Dodgers bullpen is interesting and many experts believed that they would acquire more help for it at the trade deadline. They opted to stand pat and gun for the pennant with their group. The bullpen has been solid, pitching to the tune of a 4.07 ERA, good for seventh in the MLB. Kenley Jansen still has the stuff to be one of the best closers in baseball, while Pedro Baez and Yimi Garcia have proven to be solid in later innings leading up to Jansen. Joe Kelly has been very good as of late and recent acquisition Adam Kolarek should help a lot for them. With all of this said, this is undoubtedly the shakiest bullpen of the three clubs and it’ll be interesting to watch them in the postseason.

As for the other two teams, I’d take the Yankees bullpen over the Astros simply because of the fact that they have proven more on the biggest stage. No matter what, all of these teams will use their pens as important weapons down the stretch in October.

In the end, I think that the postseason favorite will come down to whichever one of the Astros and Yankees secures home field advantage in the AL. In the 2017 ALCS, the two teams met and the home team won every game. This season, we already saw how the home field affects the results between these two teams. This will certainly make for an exciting final month of baseball as these teams duke it out for the right to host any possible win or go home games at their house.

Thanks for reading, I hope you enjoyed! Don’t forget to share with your friends, family, and on social media! Feel free to contact me on my Twitter @TBeckmann24 if you have any questions! 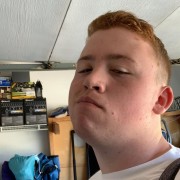 20+ Random MLB Games to Watch While Live Baseball is Gone

A Letter to Trey Mancini

Queens of the Diamond

I’m Tristan, one of the newer writers here at Diamond Digest. A Yankees fan at heart, I live in Louisville, KY and currently work part-time, as I am starting college this fall at Bellarmine University. I have previously been featured on Pro Sports Fandom, TSJ Sports 101, and the Endzone Podcast. I am pursuing a career in sports journalism, and I’m also very open to working in the professional baseball industry. I was a baseball manager for my high school team and I was extremely involved. I plan and will try my best to bring unbiased baseball analysis to this site, and I’ll be sort of everywhere around the game of baseball.
Follow Us On Twitter
Tweets by @Diamond_Digest
Like Us On Facebook
Follow Us on Instagram