What a treat the last decade of baseball has been. We’ve seen seven different teams win titles. Hundreds of all-stars come and go. And the ascension of one of the best players in the history of the sport. As the 2010s come to an end, we take a look back at ten of the very best players across the last decade. This is taking into account the entire product of ten seasons. Consistency for a longer period of time is key here.

2010-2014 were extremely impressive years for Beltre. He had excelled through his 30s with some of the best seasons of his career in Boston and Texas. However, in 2015 his OPS dropped over 100 points and it seemed like that may be the end for the then-36 year old. That was not the case. He turned it up to the tune of a top-10 MVP finish in 2016, followed by two more years with an average OPS of .830. A first ballot Hall of Famer, Beltre showed that baseball players can still have effective careers into their late 30s.

Miggy certainly would have a case to be higher on this list had he stayed healthy over the last three seasons. Unfortunately for Cabrera, his game has fallen off since 2016. What is still fortunate for him, is that he was so dominant in the first half of this decade. What Cabrera did between 2010-2013 should get him into the Hall of Fame based on that alone. Four seasons with a combined 156 home runs and 1.037 OPS to go with back-to-back MVPs in 2012 and 2013 and the league’s first triple crown since the 60s. One of the most feared hitters of this decade, we look to see if Miguel can have a Beltre-esque renaissance in the twilight of his career.

Unlike the last two players who both identify with one, main team over the decade, Grienke has spent his last ten years with six different teams. Starting the decade with Kansas City, then making a couple brief stops in Milwaukee and Anaheim followed by stints with the Dodgers, Diamondbacks and now Astros. Wherever he went, Grienke kept his dominance up. I’m as surprised as you are that at no point this decade he won a Cy Young. 2013, 2014, and 2017 he was in the running, but 2015 might have been his biggest snub. A league-leading 1.66 ERA and 0.84 WHIP wasn’t good enough to take down 22 game winner Jake Arrieta. Nonetheless, Grienke has been the defintion of consistency over the past ten years and the 35 year old has shown no signs of slowing down.

The first player on the list to have made his debut this decade, Sale has also been arguably the most dominant. Kershaw might take the cake as the most dominant, but Sale has year in and year out been right up there with the big Dodger lefty. Before an injury-plagued 2019, Sale had put up some of the most spectacular numbers in recent memory. Since becoming a full time starter in 2012, to his last healthy season in 2018, there has been nobody in the American League quite like him. A 2.91 ERA across 1388.0 IP with a K/9 of almost 11. Astounding, out of this world, numbers. The 5.37 K/BB he’s amassed over this decade currently is an MLB record.

The highest fWAR-accumulating infielder of the last decade, is my fellow friend from the North, Joey Votto. His MVP season came in the first part of the decade, and his peak was arguably also in the early 2010s as well. However, Votto has made an art out of consistency, sprinkling in some MVP-caliber seasons throughout the decade. A .978 OPS from 2010-2013 was followed up by an extremely difficult 2014 where his OPS dipped under .800. Yet Votto bounced back, posting an OPS over 1.000 across the 2015-2017 seasons. His ability to be so patient at the plate while also taking advantage of the smallest mistake from even the best pitcher, gives him his spot as one of the best hitters of the past ten years.

Yeah, you read that right. Buster Posey had more fWAR this decade than he’s compiled in his entire career. A negative fWAR in his seven game cup of coffee in 2009 brings his career total slightly down, but that doesn’t change the impact Posey has made on baseball. Not only has he been the best catcher of the last ten years, he’s been one of the most complete, all-around players. He was putting up slugger’s numbers from behind the plate every single year. Injuries have plagued Buster over the latter half of the decade, which makes some people forget how great he really was. From 2010-2015, he hit over 100 home runs along with a 141 OPS+. Joe Mauer was an anomaly, as one of the best pure hitters in baseball, other than him, it is almost impossible to win an MVP as a catcher. Posey accomplished that in 2012, with an OPS+ of 171 and an fWAR of 10.1. Absolutely mind-blowing numbers from any player, let alone a backstop. Posey should be a lock into the Hall of Fame as soon as he’s eligible, and he’s absolutely the best catcher of the 2010s.

Simply put, as far as multi-team athletes on this list go, Verlander was the most dominant across both. In seven full seasons this decade with Detroit, he was one of the best pitchers in all of baseball. A 3.22 ERA with a 3.25 FIP to match across 220 starts, coupled with three top-2 Cy Young finishes with one win and an MVP. An MVP as a pitcher is no joke. You have to have a season so dominant, that nobody offensively can compare. Verlander did just that in 2011. Categories in which he led the league: Wins (24), ERA (2.40), IP (251.0), strikeouts (250), ERA+ (172), WHIP (0.920) & hits allowed per 9 innings (6.2) Is there anything he didn’t lead in that year? Not really. Verlander followed that up with an even more dominant two and half years in Houston. A 2.45 ERA over 73 starts along with his first World Series ring and his second Cy Young award. Verlander is simply one of the best pitchers of all-time and one of the most dominant in the last decade.

Same as Posey, Scherzer’s pre-2010s brings his overall fWAR down. But it also shows just how incredible he’s been since the turn of the decade. He was really good from 2010-2014 in Detroit, but the real Mad Max came out when he signed in the nation’s capital. Long-term deals to pitchers in their 30s rarely pan out, but the contract Scherzer received has been as mutually beneficial as anybody in Washington could’ve hoped. A modest 3.52 ERA with Detroit has tumbled all the way down to 2.74 in his five seasons with the Nats. He picked up the second and third Cy Youngs of his career and was a driving force on the 2019 Championship team. Scherzer has been the best right-handed starter of the 2010s and absolutely deserves his place as one of the three best players of the last ten years.

Arguably the greatest left-handed pitcher of all-time, Kershaw has been the most dominant pitcher of the 2010s. Three Cy Young wins, to go with four other top five finishes, and the NL MVP in 2014. Simply put, Kershaw was untouchable. Until this 2019 season, he hadn’t posted a single season with an ERA higher than 3.00. He averaged a 2.24 from 2010-2018 to be exact. Insane numbers from an insane pitcher. Even though he took a step back from his regular, dominant self, he showed he can still get the job done as a top pitcher in the NL. In 2019 Kershaw posted a 3.03 ERA and still came close to 200 IP despite only 28 starts. Throughout the 2010s, Kershaw was easily the best pitcher in baseball and will continue to try and keep that up to capture his elusive World Series ring in the 2020s.

Bet you’re surprised right? The best player of this decade (and maybe ever) was undebatable. Even though his breakout came over two years into the decade, Trout still amassed over 14 more fWAR than any other player in baseball over the last ten years. Five straight seasons now with the highest OPS+ in baseball, along with three straight posting an OPS just under 1.100. Mike Trout is the best player in baseball. He is today, he was yesterday, he will be tomorrow and he has been for the last eight years. It is truly a joy to be able to watch Trout on a daily basis, and as we head into the 2020s, we have a chance to see a truly iconic career take another step towards an all-time career. 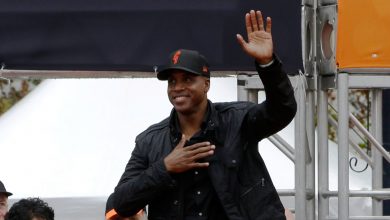 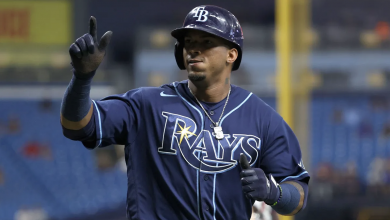 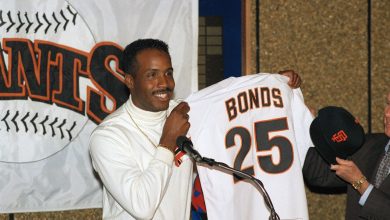