Spring Training is under a month away. Pitchers and catchers report in less than two weeks. Yet, COVID rages on. With vaccination numbers remaining low, the Cactus League – and city leaders – sent a letter to MLB in January requesting a delay to the start of Spring Training, citing the high COVID rates in Maricopa County, Arizona.

Over the weekend, it was reported that MLB proposed a deal to the MLBPA to delay and shorten the 2021 season, a deal the players’ union has since rejected. Yesterday, MLB put out a statement confirming that Spring Training (and the season as a whole) will commence as originally scheduled. So, what exactly happened here?

Before digging into the proposal itself (which would have only affected the upcoming 2021 season), it’s important to note that the current CBA between MLB and the MLBPA won’t expire until the end of the season. Per the CBA, all 2021 scheduling and game rules are already determined. Except for the (legitimate) concerns of COVID, there is no need for a deal between MLB and the MLBPA – if no new deal is struck, the season will simply start on schedule. This is a crucial lens for viewing these negotiations. As labor lawyer Eugene Freedman noted on Twitter, it means there is no requirement from the MLBPA to make a deal with MLB:

The primary element of the proposal involved the season schedule. The season is currently set to start April 1st, but the deal proposed pushing Opening Day back by nearly a month. Since baseball in December could get dicey, the revised schedule would only extend the season by a week, chopping the regular season down from 162 to 154 games and making up the difference by compressing the season from 24 planned off days to 18 and regularly scheduling 7-inning doubleheaders throughout the season.

In essence, this makes sense. COVID is by no means under control, and an extra month could mean significantly higher vaccination rates, which helps keep people safe, limits mandatory delays and postponements, and increases the possibility of bringing fans (and more revenue) into MLB stadiums. What’s more, MLB’s deal promised full pay to players, meaning they get 162 games’ worth of salary for 154 games of actual play. This adds up to roughly a 5% “raise” of sorts for players.

In general, this is good! There were, however, significant downsides to this proposal, particularly for the players’ health. Players have already begun the gradual ramp-up process for the current Spring Training schedule and having to adjust and delay this process could have been a serious problem. Pitcher workload and health is always a fragile subject – especially coming off a significantly shortened season – and throwing in additional obstacles and variables could greatly exacerbate injury risk.

In addition, while eight games would have been eliminated, that was accomplished with the increase of game density, meaning fewer off days and increased doubleheaders, which also raises the risk of injury. Eight games off at full pay as an incentive to deal with the amplified injury risk seems reasonable, right?

Probably. If that was the extent of the proposed terms, we’d most likely be looking at an April 28th Opening Day. But the offer – as you might expect – did not end there.

Included in the proposal was the adoption of a universal designated hitter, which would provide a much-appreciated conclusion to an issue that has long been a source of consternation. However, the deal also included an expanded postseason, similar to last season (though with a few tweaks), that has been repeatedly rejected by the MLBPA. Which prompts the next question: why are the players opposed to expanding the playoffs?

Postseason play typically provides money for players in the form of a percentage of the gate receipts, i.e. ticket sales. While there is cautious optimism for enough success from the vaccination program that significant fan attendance in late 2021 is possible, this is by no means assured. Last season, in exchange for expanded playoffs, MLB offered a flat, guaranteed amount to players—$50 million—to make up for the lack of gate revenue. Included in this year’s proposal was an increased guarantee—now up to about $80 million—which rivals the revenue players received back in the 2019 postseason (which, keep in mind, was not expanded and thus represents an outdated revenue total).

The expanded postseason has sparked numerous public debates over issues from fan enjoyment to competitive balance to contract sizes. At its core, though, MLB wants an expanded postseason for one primary reason: TV revenue. It’s simple: more games means more TV revenue. And unlike the regular season, where TV revenue is mostly handled by regional networks (this gets into the issue of regional blackouts, which is a whole can of worms that we won’t open up here), postseason TV revenue is collectively shared by MLB as a whole.

Without receiving a sizeable share of the TV revenue, there is little incentive for the players’ union to agree to an offer that primarily benefits MLB’s coffers. And what’s more, there was no need to. There already is an agreement in place – the CBA. The MLBPA would essentially be giving up a ton of money to MLB in exchange for… basically nothing. It certainly seems that MLB was anticipating a counter-offer from the MLBPA, but that never came. Because again, the MLBPA was under no obligation to do so.

If MLB was serious about player and staff health, they could offer the delayed and shortened schedule as-is, with a full 162-game salary as the incentive for players to agree to the change (which, once again, benefits MLB owners by increasing the likelihood of fan attendance and puts players at increased injury risk). But they didn’t – they took a serious global health concern and used it as an opportunity to increase their revenue. The MLBPA, in essence, called their bluff and simply said “no.” Which, again, makes perfect sense from their side.

Without a counter-offer, it seems negotiations are at an end and everyone is preparing for the season to proceed as initially planned. This whole saga, however, gives the public a taste of what’s coming down the pipeline at the conclusion of the season and the expiration of the current CBA. TV revenue is likely to be at the heart of the upcoming CBA negotiations, and from what we’ve seen over the past two offseasons, it is not likely talks will be quick or clean – or private. 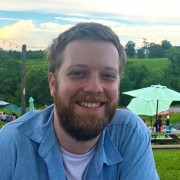 Dylan has been a lifelong Chicago Cubs fan since 2015. A graduate of the University of North Carolina, he devotes most of his non-baseball attention to college basketball.