The Colorado Rockies are a joke to fans, writers, and basically everyone else who follows baseball. They have never won the NL West, in their one World Series appearance, they were swept. In 2015, they traded Troy Tulowitzki, the face of the franchise and one of the best players in team history for Miguel Castro, Jose Reyes, Jeff Hoffman, and Jesus Tinoco. Tulowitzki had grown upset at Rockies owner Dick Monfort and General Manager Jeff Bridich for failing to build a winning team around him.

In 2021, the Rockies traded Nolan Arenado (and $50 million) for a slew of prospects after he requested a trade following the teams unwillingness to build around its core. I could go on for hours about this trade, write dozens of articles discussing why the Rockies are a failure, and talk about how inept the Rockies front office is. However, dozens of articles already have and will continue to discuss that. While there has been plenty of anger on my Twitter timeline, there is also plenty of hurting. Nolan Arenado is one of the few players on any team that has been universally beloved by a fanbase. His passion, his pure skill, and his love for the fans are second to none.

Nolan Arenado is a franchise player. This kind of tag doesn’t come lightly, but with years of strong performances and community service. Losing a player of this caliber and character is a huge blow to the entire fanbase. People forget, the Rockies originally could sell out Mile High Stadium, which had a capacity of around 80,000. There is a large baseball fanbase in the Rocky Mountain region that has been let down repeatedly by the Rockies. No letdown has been more severe than watching Nolan Arenado be traded away.

Nolan Arenado is the kind of player that inspires people to love baseball. Seeing him on TV, seeing his highlights on social media, and seeing him sign autographs before the game gets young Coloradans to see the beauty of the sport we love. He is a recognizable face, one who truly loved the fans of the Rockies throughout his entire tenure with the team. Even when the front office froze him out, refused to add to an emerging team, and created a PR disaster surrounding him, Nolan still showed his love for his teammates and for the fans. There can be as much discourse about metrics as we want, it is important to discuss that. When talking about a trade of this magnitude it is also important to discuss the communal impacts.

Many young Rockies fans grew up seeing Nolan Arenado as the face of the franchise, and now they have to watch him play for a completely different team. It is truly heartbreaking for all of us though; Nolan Arenado was the face of two Rockies teams that advanced to the playoffs. The excitement surrounding the team in 2018 is not likely to be matched any time soon. This isn’t Nolan’s fault, he did everything he could to build a winning culture. The issue is that the Rockies’ culture is more focused on creating a profitable business model rather than one that creates a lasting love for baseball.

On a personal level, in 2017, the Rockies Twitter account hosted a campaign to help Rockies players get elected to the All-Star Game and help Nolan win a platinum glove that year by engaging on Twitter. After Nolan won the platinum glove, all of us involved received a signed photograph of Nolan made out to us by name as a sign of gratitude. It is my prized possession, from one of my favorite athletes to set foot on a baseball diamond. Now, after 2 seasons of neglect from the front office, he’s gone.

So, what’s next? Many Rockies fans are tuning out; they don’t want to follow along during regular-season Rockies games in 2021. The team is dead on arrival. The player with the most talent, flair, and highlight reel plays is employed elsewhere. The folks who run the team are still going to focus on turning a profit rather than the product on the field. Trevor Story is going to leave for greener pastures as soon as he can. Baseball needs help, and the sport will continue to lose ground as teams like the Rockies financially benefit from playing poor quality teams with no light at the end of the tunnel. This trade was inevitable, but only because of key mistakes that the owner and general manager made and will continue to make. Many other teams in baseball would not allow such a transcendent talent to leave without making every attempt to keep them. For now, be nice to your friends who have decided to stay a Rockies fan. They need the support.

I am a freshman at Cleveland State University. I was born and raised in New York City, though I adopted the Rockies as my team after having a fondness for them throughout my childhood thanks to Dexter Fowler and Carlos Gonzalez. As much as Rockies fandom is painful, I love to represent the purple pinstripes! 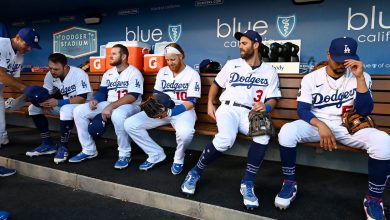