Byron Buxton has always been a good baseball player. A five-tool prospect out of Georgia, he was often considered the No. 1 prospect in the sport, reigning above guys like Kris Bryant, Carlos Correa, and Francisco Lindor. There was a general consensus that he could someday become one of the best players in the league, but so far he hadn’t lived up to his potential. That is, until this year.

He was never touted as a power hitter. Sure, he could hit the ball far, but that’s not what made him such an enticing player. That belonged to his four second home-to-first time along with his strong arm and defensive skills. Through his first few years in the majors, that was his strong suit. He regularly had a speed score around the 7.0-8.0 mark, and sometimes it was even higher than that, such as in 2019 when it was 8.6. He won a Platinum Glove in 2017, recording 389 putouts and six assists in 400 chances.

The success in the field and on the base paths did not translate to the batter’s box very well. Buxton spent a lot of time in and out of the minors for his lack of production at the plate, as well as a myriad of injuries. In particular, in 2018, he posted a .156/.183/.200 slash line, as well as an abysmal -2 wRC+. We saw his potential when he won the Platinum Glove in 2017 and hit a respectable .253/.314/.413 to go along with 29 stolen bases, but that was the only year in which he played more than 100 games. From injuries such as a sprained left thumb, knee contusion, groin strain, and migraines, Buxton has certainly been through the wringer.

Which is what makes his breakout year even more commendable. He’s slowly been on the rise since that 2018 season, increasing his OPS and wRC+ while still being a highlight reel in the field. Looking at the graph of his wOBA over his career, you can see the extra level Buxton has hit in his game this year:

His current wOBA is .589 and his xwOBA is .494, which is close to what Barry Bonds had at the peak of his career. And that’s not the only thing that has improved. He is tied for the league lead in home runs this season with 8, already half of his best season total of 16 in 2017. His .438 batting average is the best in the majors along with his .938 slugging percentage, 295 wRC+, 1.408 OPS, and 2.3 WAR. His hard hit percentage is up to 64% and his barrel percentage is up to 24%, both the best of his career. Safe to say, he’s crushing the ball at a rate never before seen from the Twins center fielder.

Not only is he hitting the ball far, but he’s just hitting better in general. His strikeout percentage is at the lowest it’s ever been at 20.6% and his BABIP is at its career peak of .476. His Hard% and Med% (percentage of balls in play that were classified as hit with hard and medium speed) have accounted for 90% of his balls in play this season and his 95.1 mph exit velocity is in the top 10 of the MLB. He’s also been able to hit fastballs better than ever before, as his 8.0 wFB (fastball runs above average) is also top 10 in the league and his career-best. He’s increased his batting average against fastballs by .400 points, from .186 in 2020 to .586 in 2021.

So what’s the reason behind Buxton’s newfound power? Well, for starters, he’s changed his approach at the plate. Back in 2019, he developed a stretch point in his swing that allowed him to keep his hands back for just long enough to produce that power to launch the ball in the air. That alone increased his exit velocity and launch angle during the 2020 season. Now, he doesn’t roll his right hand after making contact, which allows more extension in his swing and helps him elevate the ball. Just look at the difference between his 2018 (on the left) and 2019 swing (on the right):

Notice how he doesn’t break his wrists until he’s basically in the backswing. You might also be able to catch him creating more space with his left hand and not keeping it so close to his body. This allows for more adjustability, which has allowed him to attack those fastballs that have caused so much trouble for him in the past. In that 2019 season, his ground ball percentage was only 29.4%, the only time it’s been below 30% his entire career. That number has increased going into this year, but he has supplemented it with great power and a career-high home-run-to-fly-ball ratio of 47.1%.

Even with his success at the plate, Buxton has not lost the other facets of his game. His 29.4 ft/sec sprint speed is still in the top 2% of the league and has helped him immensely. Just take a look at this routine ground ball that turned into an infield single:

Statcast had him measured at 31.6 ft/sec here. Blazing speed creates opportunities, and Buxton certainly takes advantage. With his added power, all five tools are finally coming into play, and it’s been so fun to watch.

Stats obtained from FanGraphs and Baseball Savant and are current as of April 29th.

Perry, D. (2021, April 28). Twins’ Byron Buxton has been one of baseball’s best hitters in 2021; here’s why he should keep it up. CBS Sports. https://www.cbssports.com/mlb/news/mlb-trends-dustin-may-unlocks-potential-pitchers-hitting-worse-than-ever-why-one-team-must-hate-new-rules/ 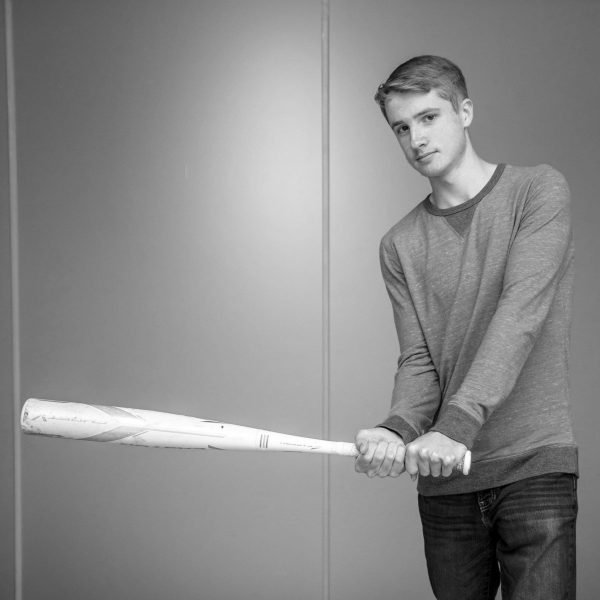 Twins fan, Eagles fan, sports communication student at Bradley University. I know every state capital by heart and will beat anyone in fantasy football. Find me on twitter @nosam_klemm